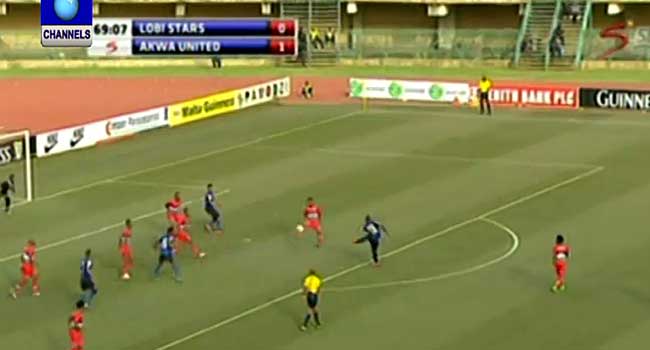 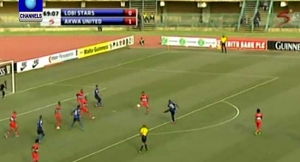 With just one point from a possible six in their opening two matches of the 2016/2017 Nigeria Professional Football League (NPFL) season, coach of Akwa United Football Club Abdul Maikaba, has appealed to the management and fans of the club to be patient with the team, promising that better results will come in subsequent matches.

Coach Maikaba made the appeal after his team were forced to a 1-1 draw by last season’s league runners up, Rivers United of Port Harcourt on match day two at the Godswill Akpabio International Stadium in Uyo, the capital of Akwa Ibom State.

Akwa United lost their first match of the season against ABS in Ilorin and coach Maikaba in his first match at home since his appointment made five changes to the team that lost in Ilorin, dropping to the bench, goalkeeper Olufemi Kayode, left back Shittu Lawal, central defender Laidi Semiu, midfielders Moses Ebiye and Chigozie Chilekwu.

New signing Emmanuel Iwu made his debut in goal while Kodjo Dadzie, Ariwachukwu Emmanuel, Cyril Olisema and Ubong Friday all made their first start of the season.

Playing in front of their home fans, the promise keepers piled pressure on their opponents and it paid off 9th minutes into the game when Babangida Hassan and Christian Pyagbara combined neatly to set up Cyril Olisema who scored from close range to the delight of the home fans.

But the visitors got their equaliser following a counter attack, as Bernard Ovoke levelled up the scores in the 24th minutes of play.

All efforts by the 2015 Federation Cup champions to score the winning goal was unsuccessful as the two teams shared the spoils at the end of the encounter.

Coach Maikaba admitted that a draw at home was a poor result but maintained that he had quality players that would soon produce positive results.

“We are very disappointed that we dropped two points at home. We lost our first match away in week one and we were hoping to win our first home match against Rivers United but that didn’t happen. I am happy that our play is gradually improving. We created lots of goal scoring chances but we couldn’t score. We have to work on that.

“We appreciate the management and fans of this club for the love and support they have given us, but we want them to be patient with us and we will give them the result they need,” he promised.

The former Wikki Tourists of Bauchi tactician continued: “I am very happy that we have a very good squad with quality and experience players. The beginning of the season may appear to be difficult with us, but I can assure everyone that we will soon make us proud with positive results.

“This league is a marathon, we still have 36 more matches to play. So, I am confident that the points we have dropped at home we shall pick even more on the road”.

Akwa United’s next match is a trip to Bauchi to engage Wikki Tourist on match day three which is scheduled for Sunday 22, January 2017.