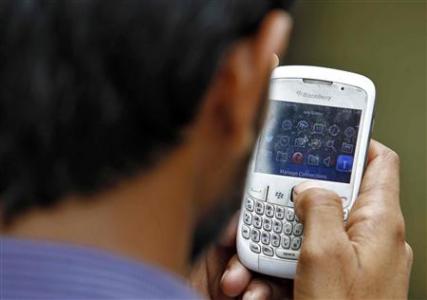 India has launched a wide-ranging surveillance program that will give its security agencies and even income tax officials the ability to tap directly into e-mails and phone calls without oversight by courts or parliament, several sources said.

The expanded surveillance in the world’s most populous democracy, which the government says will help safeguard national security, has alarmed privacy advocates at a time when allegations of massive U.S. digital snooping beyond American shores has set off a global furor.

“If India doesn’t want to look like an authoritarian regime, it needs to be transparent about who will be authorized to collect data, what data will be collected, how it will be used, and how the right to privacy will be protected,” said Cynthia Wong, an Internet researcher at New York-based Human Rights Watch.

The Central Monitoring System (CMS) was announced in 2011 but there has been no public debate and the government has said little about how it will work or how it will ensure that the system is not abused.

The government started to quietly roll the system out state by state in April this year, according to government officials. Eventually it will be able to target any of India’s 900 million landline and mobile phone subscribers and 120 million Internet users.

Interior ministry spokesman K.S. Dhatwalia said he did not have details of CMS and therefore could not comment on the privacy concerns. A spokeswoman for the telecommunications ministry, which will oversee CMS, did not respond to queries.

Indian officials said making details of the project public would limit its effectiveness as a clandestine intelligence-gathering tool.

“Security of the country is very important. All countries have these surveillance programs,” said a senior telecommunications ministry official, defending the need for a large-scale eavesdropping system like CMS.

“You can see terrorists getting caught, you see crimes being stopped. You need surveillance. This is to protect you and your country,” said the official, who is directly involved in setting up the project. He did not want to be identified because of the sensitivity of the subject.

The new system will allow the government to listen to and tape phone conversations, read e-mails and text messages, monitor posts on Facebook, Twitter or LinkedIn and track searches on Google of selected targets, according to interviews with two other officials involved in setting up the new surveillance program, human rights activists and cyber experts.

In 2012, India sent in 4,750 requests to Google Inc for user data, the highest in the world after the United States.

Security agencies will no longer need to seek a court order for surveillance or depend, as they do now, on Internet or telephone service providers to give them the data, the government officials said.

Government intercept data servers are being built on the premises of private telecommunications firms. These will allow the government to tap into communications at will without telling the service providers, according to the officials and public documents.

The top bureaucrat in the federal interior ministry and his state-level deputies will have the power to approve requests for surveillance of specific phone numbers, e-mails or social media accounts, the government officials said.

While it is not unusual for governments to have equipment at telecommunication companies and service providers, they are usually required to submit warrants or be subject to other forms of independent oversight.

“Bypassing courts is really very dangerous and can be easily misused,” said Pawan Sinha, who teaches human rights at Delhi University. In most countries in Europe and in the United States, security agencies were obliged to seek court approval or had to function with legal oversight, he said.

The senior telecommunications ministry official dismissed suggestions that India’s system could be open to abuse.

“The home secretary has to have some substantial intelligence input to approve any kind of call tapping or call monitoring. He is not going to randomly decide to tape anybody’s phone calls,” he said.

“If at all the government reads your e-mails, or taps your phone, that will be done for a good reason. It is not invading your privacy, it is protecting you and your country,” he said.

The government has arrested people in the past for critical social media posts although there have been no prosecutions.

In 2010, India’s Outlook news magazine accused intelligence officials of tapping telephone calls of several politicians, including a government minister. The accusations were never proven, but led to a political uproar.

“The many abuses of phone tapping make clear that that is not a good way to organize the system of checks and balances,” said Anja Kovacs, a fellow at the New Delhi-based Centre for Internet and Society.

“When similar rules are used for even more extensive monitoring and surveillance, as seems to be the case with CMS, the dangers of abuse and their implications for individuals are even bigger.”

India does not have a formal privacy law and the new surveillance system will operate under the Indian Telegraph Act – a law formulated by the British in 1885 – which gives the government freedom to monitor private conversations.

“We are obligated by law to give access to our networks to every legal enforcement agency,” said Rajan Mathews, director general of the Cellular Operators Association of India.

India has a long history of violence by separatist groups and other militants within its borders. More than one third of India’s 670 districts are affected by such violence, according to the South Asia Terrorism Portal.

The government has escalated efforts to monitor the activities of militant groups since a Pakistan-based militant squad rampaged through Mumbai in 2008, killing 166 people. Monitoring of telephones and the Internet are part of the surveillance.

India’s junior minister for information technology, Milind Deora, said the new data collection system would actually improve citizens’ privacy because telecommunications companies would no longer be directly involved in the surveillance – only government officials would.

“The mobile company will have no knowledge about whose phone conversation is being intercepted”, Deora told a Google Hangout, an online forum, earlier this month.