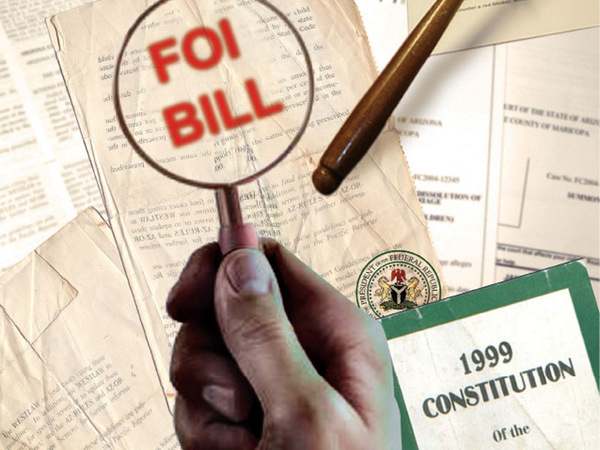 A member of the House of Representatives, Abike Dabiri-Erewa has accused the Nigerian media of a disappointing lackadaisical attitude to the Freedom of Information Act (FOIA) passed two years.

Noting that despite the rigours undertaken to get the bill passed and signed into law, she claimed the law has being grossly under-utilized by Nigerians and the media amidst the widespread corruption in the country.

Mrs Dabiri-Erewa made this known at the 5th Wole Soyinka Centre media lecture series on Saturday in Lagos where she challenged the media and civil society organisations to further ask questions on some of the revelations uncovered by the various committees of the House of Representatives.

Where is the money?

Highlighting the $16billion fuel subsidy scam unveiled by an adhoc committee set-up by the House to investigate the fraudulent payment of fuel subsidy, the lawmaker asked “where is the money?”

“We (House of Representatives) brought the fuel subsidy scam to fore by revealing that there was no subsidy, that all we are subsidising was corruption and nobody has asked the question on what has happened to the money.”

The lawmaker, who sponsored the FOIA in the House, described the bill as a gift from the National Assembly stating that “the 7th Assembly has given this bill as a gift to Nigeria’s democracy,” but “nothing has happened afterwards with using the law.”

She claimed that the House Committee on the Implementation of the FOI has also just discovered that a lot of Ministries, Department and Agencies (MDAs) do not have a FOI Unit to address such request when they are made as mandated by the law and “nobody is asking the questions” she lamented.

“Right now, only 29 MDAs are submitting the annual expenditure and nobody is asking questions.”

She also cited an example of the Joint Admission Matriculation Board (JAMB) which according to her earns about N26billion from the sale of forms to students seeking admission into the nation’s universities, “yet 86 per cent of these students are not given admission and nobody ask what JAMB does with the money.”

She however commended the Nigerian Army for the adequate implementation of the FOIA, saying that House Committee has discovered that the Army and a few agencies have set-up the FOI Unit and also have dedicated phone lines to address any FOI request.

“Let us use this law to know how the nation’s resources are used judiciously or not” she appealed.

In his comments, the chairman of National Human Rights Commission, Dr Chidi Odinkalu, noted that “the tyranny of rights cannot make progress with citizens who want to take responsibility.”

Dr Odinkalu, however called for caution in the expectations of the FOIA, stating that Nigeria got the FOIA in 2011 after 100years of operating a secretive policy imposed by British colonial masters in 1911 and sustained onwards.

Delivering the keynote lecture Prof Biodun Jeyifo, had earlier in his lecture titled: The Freedom Of Information Act and the Dictatorship of Corruption and Mediocrity, decried Nigerians failure to use the FOIA despite some confessions of looting by politicians recently.

He recalled the duel between President Olusegun Obasanjo and Vice-President Atiku Abubakar in 2006, when the former President asked the National Assembly to commence impeachment proceedings against the latter over the blatant looting of the Petroleum Trust Development Fund (PTDF).

The academic stated that the Vice-President did not deny the charges but confessed that the President’s cronies and girlfriends were beneficiaries of the loot and this allegation was substantiated with series of newspaper publications of incriminating documents.


“No FOI action could bring out the information that was voluntarily divulged by Obasanjo and Atiku and till today, nothing has happened to the duo” said Prof Jeyifo.

He described the nation’s type of democracy as ‘dictatorship in democracy’ which is not paranoid or unembarrassed by any allegation of corrupt practices as corruption and mediocrity reigns supreme in this country.”

The Professor of African Studies and Comparative Literature from Harvard University, decried the media for being “remarkably reticent to compel our leaders to comply with the dictates of the FOI,” as he warned that “the nation’s democracy is averse to the rule of law and on the verge of a failed state.”