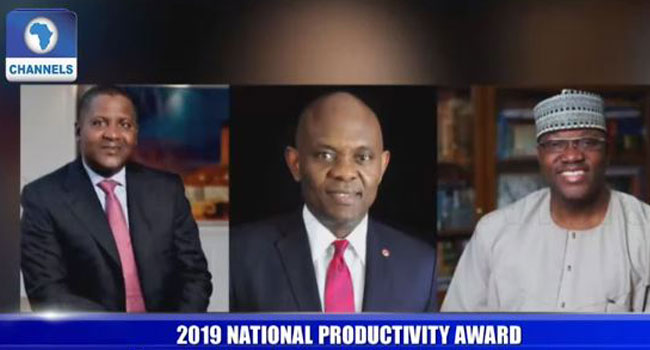 A total of twenty-six individuals including, business mogul Alhaji Aliko Dangote, Chairman of UBA and philanthropist, Mr Tony Elumelu and the Chairman of Channels Media, Mr John Momoh, are to be honoured with the 2019 national productivity order of merit award.

Addressing journalists ahead of the ceremony on Thursday, November the 28th, the minister of labour and productivity, Dr Chris Ngige, said the award is in recognition of the recipients’ outstanding contributions to national productivity.

Besides the individuals, seven organisations are also among the awardees.

Speaking on the awards, the Minister stated that the President of the Federal Republic of Nigeria has approved the conferment of the National Productivity Order of Merit Award on the recipients in recognition of their high productivity, hard work and excellence. 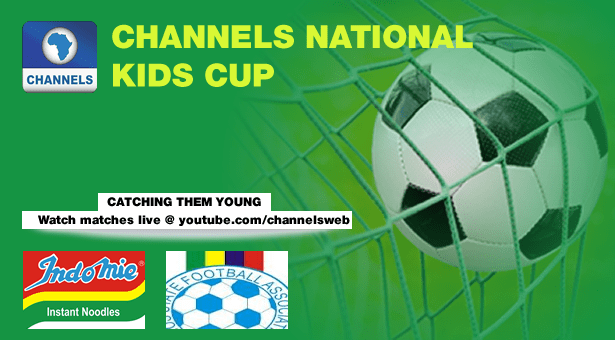 Channels Television Sports Anchor; Toyin Ibitoye has revealed that the reinvigorated Channels National Kids Cup is geared to uncover young football talents that will fly the nation’s flag in the future.

Describing the tournament which is in its 5th season as a ‘mini-World Cup’, Mr Ibitoye on Channels TV breakfast programme; Sunrise Daily, stated that the vision of the Chairman/CEO of Channels Television; Mr John Momoh, is to “to catch them young at the purest level.”

He revealed that some of the past tournament’s top players have been called up to the national team as the tournament has become conveyor belts for the kids.

This will help in creating the Kanu Nwankwos’, JayJay Okochas’ and Victor Ikpebas’ of this world, he quipped.

According to Mr Ibitoye, across the world, world champions are now discovered at very early ages and they emerge to be champions by their teen ages.

The problem with us (Nigeria) and this part of the world is that our athletes are discovered at old ages and this make it difficult for them to be moulded into better and desired champions as it obtains all over the world.

There are 16 schools taking part in the fifth season of the tournament with 12 from states across the federation and four schools from Lagos.