An economist, Sam Olisa on Thursday said that Nigeria has one of the best budgeting systems in the world but the only challenge the country face is implementation.

Speaking as a guest on Channels Television’s breakfast programme, Sunrise Daily, Mr Olisa said the indices to measure the success of a budget should not be the percentage of implementation as suggested by either a Minister or the National Assembly but on its impact on the ordinary Nigerians.

An economist, Katchy Ononuju on Thursday said that next year’s budget as proposed by President Goodluck Jonathan before a joint session of the National Assembly on Wednesday is by far better than that of 2012.

Mr Ononuju, who was a guest on Channels Television’s programme, Sunrise Daily, said: “This is a much better budget as a proposal of intent than the last one we had. In this, we’ve been able to reduce our exposure to recurrent expenditure. We actually brought it down from the former 72 percent to now 68 percent.”

The economist said the reduction of recurrent expenditure will help release more money for capital expenditure. He said those in government need to ‘put something in for those who voted politicians into place.’ 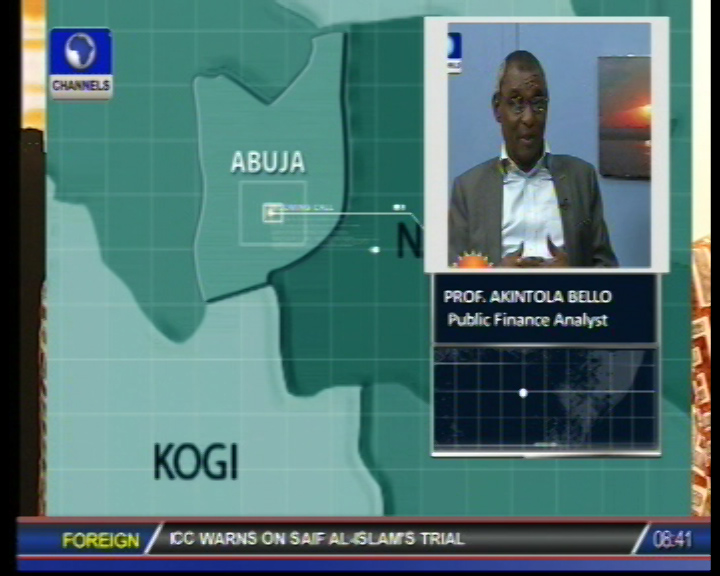 A public Finance analyst, Professor Akintola Bello on Thursday said one of the challenges facing budget implementation in Nigeria is the inclusion of too many items on the budget list by government agencies.

Speaking as a guest on Channels Television’s programme, Sunrise Daily, Mr Bello said: “I don’t think that our people do budget very well. If you give anything (project) to an agency and ask them to cost it, they will come up with a cost and the costing is so bogus. There is no rationale to the cost; they just put an idea there.”

The financial analyst said the government lacked the capacity to do costing insisting that outlook of the previous budget should determine the subsequent one.