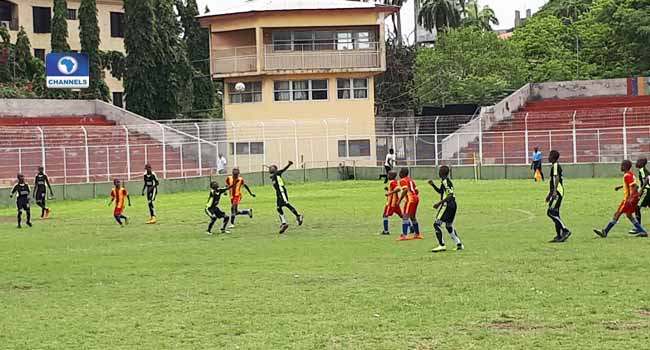 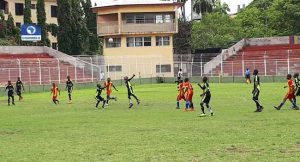 There was no extra time as the two teams had to be separated by shootouts, where Henson Demonstration School players could only convert one of the spot kicks, after their opponents recorded a 100% conversion rate.

It’s a second straight loss in the Edo State finals for Henson Demonstration School after losing out to Arinze Primary School in the 2016 edition of the Channels Kids Cup.

The Edo State preliminaries featured 26 primary schools across the 18 LGA’s of the state.

After four days of State Prelims, X-Planter Primary School from Ikorodu and Community Primary School, Abule Egba have picked the two available slots to represent Lagos in the Season Nine of the Channels National Kids Cup.

The Ikorodu-based school defeated National Primary School from Yaba 3-1 On Friday at the Campos Square, in the semi-final to advance to the nationals.


This year’s edition of the Channels National Kids cup will kick off on May 21.

Earlier, the organisers of the tournament promised that the ninth edition of the competition would be competitive and entertaining. 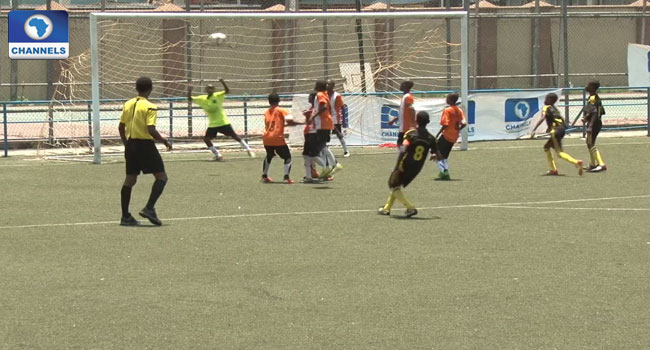 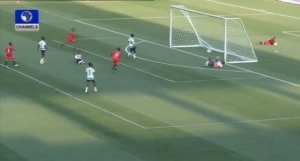 Seven more schools on Wednesday booked their spots in the round of 16 of the Channels National Kids Cup Lagos Preliminaries.

At the Onikan Stadium, Green Haven lost to Troika 2-0 on penalties after both sides played a 1-1 draw in regulation time. Lyncrest also advanced 4-2 on penalties, following a goalless draw with Muslim Association Primary School.

Joining them in the next round is Methodist Primary School after they beat Rolex Children’s 3-0, while Community Primary School beat Infant Jesus 3-2 on penalties after drawing goalless in regulation time. 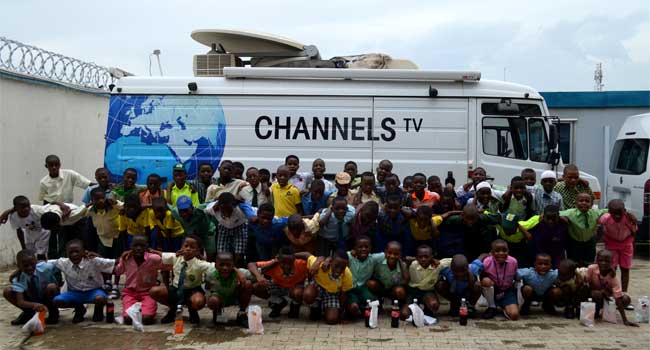 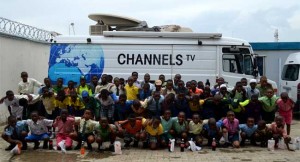 The draw for the 2017 Channels National Kids Cup Lagos preliminaries has been concluded with 32 schools drawn into four groups of eight teams.

The organisers of the tournament promised that the ninth edition of the competition would be competitive and entertaining.

“I have to emphasise again that this tournament is not a do-or-die affair; no, at all. If you have that notion, please remove it right away.

“It’s for you to come in here, camp with other children, have fun, get to know them and learn about them so that tomorrow when you all grow up, you’ll become friends. That is the essence of this tournament.

“I have to pass this on to the coaches too, please let the children have fun, especially when they camp together. That’s the idea of this tournament,” he said.

“Those of you that employed those coaches should warn them, the coaches that tell you to bring unqualified players to play for you school. We will not only deal with the school this time, those coaches will equally be sanctioned,” he noted.

The tournament will be played on knockout basis with the last two teams qualifying for the national finals.

The matches will begin on May 2 at the Campos Square and Onikan stadiums in Lagos State, South-West Nigeria. 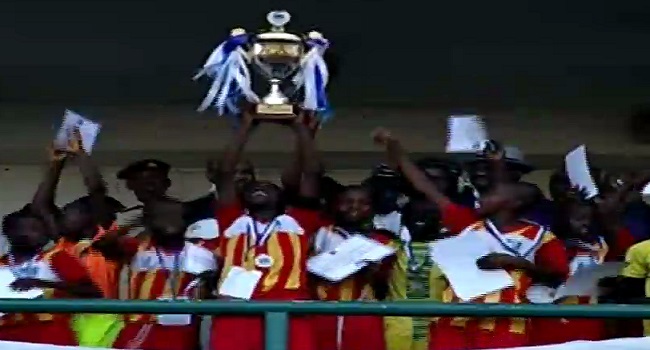 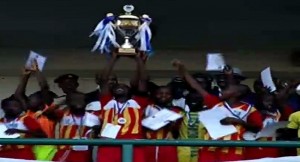 LGA Mohammed Primary School, Kaduna are champions of the 2016 edition of the Channels National Kids Cup.

The Kaduna boys defeated Que Iboe Primary School from Kogi State 3-0 in the final played on Friday, May 27 to take a price money of 1.5 million Naira offered by TY Danjuma foundation.

The finals, which complements the Children’s Day celebration was played at the Teslim Balogun Stadium in Lagos, southwest Nigeria. 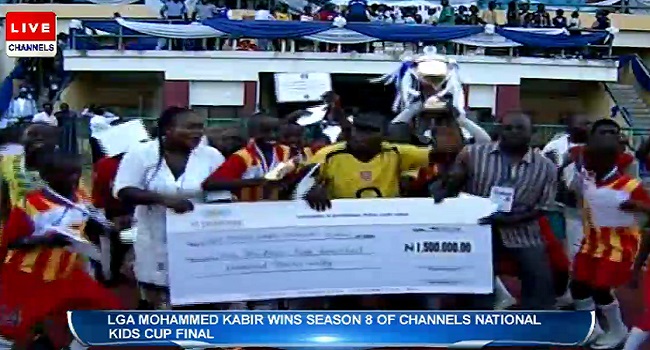 Kogi State Senator, Dino Melaye, tried to encourage the boys from Kogi at halftime and the Que Iboe resumed the second half looking like they had more belief.

But the pep talk did little to improve their game as they were limited to long balls and shots outside the box, with Kaduna obviously happy to simply keep the score line.


The final whistle went off with the boys from LGA Mohammed Primary School and their supporters bursting into wild jubilation.

It was despair for the Que Iboe Primary School pupils but they would take solace in their good run from the group stage which won them many admirers. 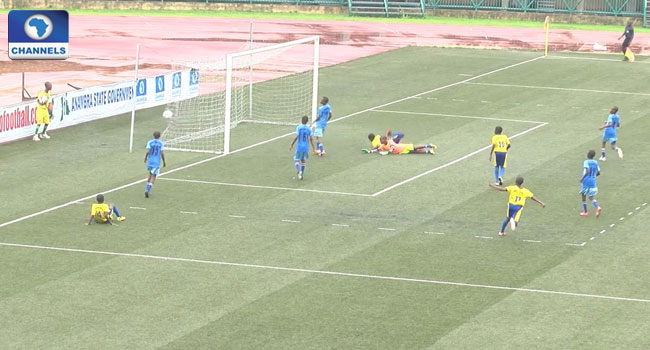 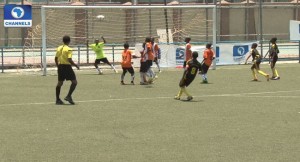 The finals, which complements the Children’s Day celebration is expected to kick off soon at the Teslim Balogun Stadium in Lagos, southwest Nigeria. 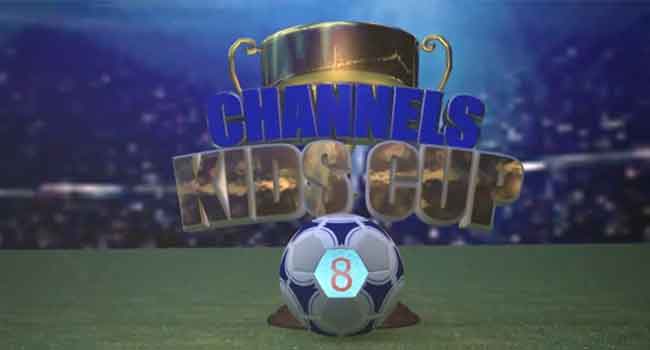 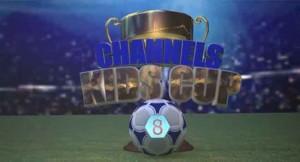 All roads lead to Teslim Balogun Stadium today for the finals of Season 8 of the Channels National Kids Cup. 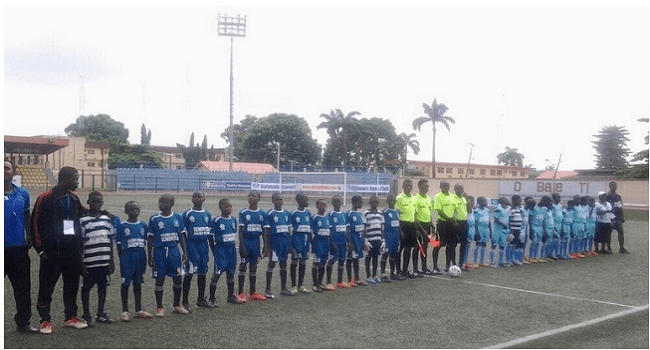 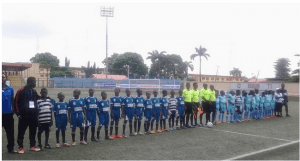 Four schools have progressed to the semi-finals in the season eight of the Channels National Kids Cup.

Also through to the last four was Qua-Iboe Primary School from Kogi State which thrashed Jankawa primary school from Nasarawa 5-3 in an entertaining encounter at the Teslim Balogun stadium in Lagos.

LGA Mohammed Kibir from Kaduna and Arinze from Edo also booked their place in the next round after beating Nana primary school and Focal point 1-0 and 2-1 respectively.

The semi-final pairings would see St James take on LGA Mohammed while Qua-Iboe would tackle Arinze.

Meanwhile, the Chairman of the Sports Reform Committee, Godwin Kienka, has hailed the initiative behind the Channels National Kids Cup.

Another member of the committee, Mary Onyali, said the competition was a model for grassroots development that different sports federations should emulate.

The Sports Reform Committee was set up by the Minister of Youth and Sports, Mr Solomon Dalung, to restructure sports for effective development. 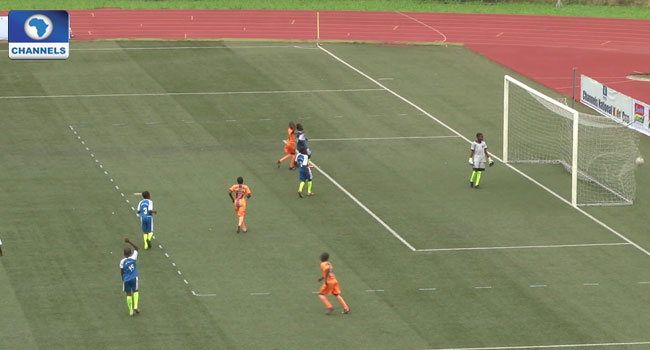 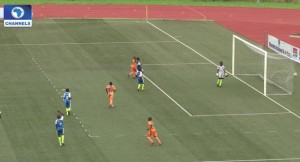 Schools from Delta, Nasarawa, Kogi, Edo, Osun, Kaduna, Kwara and one from Lagos State have qualified for the quarter-finals of the Channels National Kids Cup.

Day three action of the season eight championship produced 44 goals, with Kaduna emerging the highest scoring side from the group phase.

Five schools were seeking qualification into the quarter-finals on the Day Three of the championship, as three schools had qualified after the second day of the group stage games.

The Lagos team won 5-1 to advance.

St James Government School from Osun ruled Group B and they confirmed their superiority by achieving maximum points.

Last year, Nana Primary School from Delta was sent out of the competition in the Semis by Edo and when both sides met again this year, they displayed their rivalry by playing 2-2.

Premier School from Anambra beat Anwairudeen of Ogun but the result was not good enough.

The tournament has entered the quarter-final stage and that is the real deal.

Lagos will be looking to prevail over Osun while Kwara will be working hard to continue their fine form. 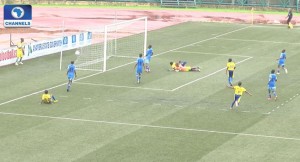 Nana Primary School from Delta State and Focal Point Primary School, Kwara State are through to the quarter finals of the Channels National Kids Cup.

The two teams qualified on Monday in Day Two of the group stage of the championship.

Group A action kicked off in Day Two proceedings of the Channels National Kids Cup championship, with Lagos team, National Primary School hoping to bounce back after losing their opening game against Nasarawa.

Ali Abubakar scored a brace to give the Lagos team a comfortable 4-1 victory over Amaise Central Primary school from Abia State.

In Group B, Uncle Bayus was called up to replace Niger. They lost their first game to Kogi and in the second against St. James Government School, Osun State, they put up a good fight but suffered a narrow 3-2 defeat.

In Group C, Focal Point Primary School, Kwara had fun beating Muhammed Kabir School from Kaduna to book a place in the quarter-finals.

Edo was leading 3-0 and when they blinked, Anambra started fighting back.

Nana Primary School from Delta State got in late but didn’t struggle to get into the groove.

They defeated Anambra 5-0 in the first game and with a 4-0 win over Anwairudeen School from Ogun, they picked a slot in the last eight.

With five places in the quarter-finals still up for grabs, Day Three will definitely be action-packed and one that will give another chance to the future stars of Nigerian football. 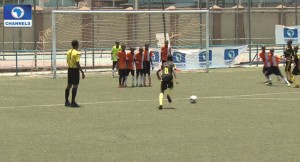 Six group matches have been concluded in Season 8 of the Channels National Kids Cup taking place at the Teslim Balogun Stadium, Surulere, Lagos in south-west Nigeria.

In Group B, St. James Government School, Osun beat Ekiti’s L.A. Anglican Primary School 5-1, while the second match between representatives of Kogi and Niger will be played on Monday.

The group’s other match between representatives of Anambra and Delta would be decided on Monday.

It is day-two of the Lagos Preliminaries of the Channels National Kids Cup and the goals are already flying in.

In the first game of the day, Mas-mas Primary School, Mile 12, thrashed Al-Faruq Primary School 6-0 at the Campos Square in Lagos.

At the Onikan Center, Christ Assembly progressed into the next round after beating Revival Primary School 4-3 on penalties following a 3-3 draw in regulation time.