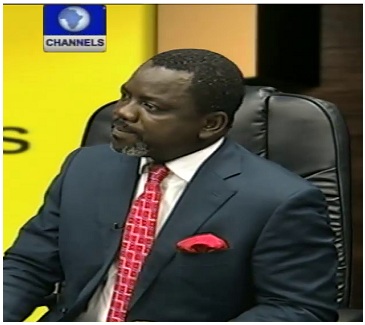 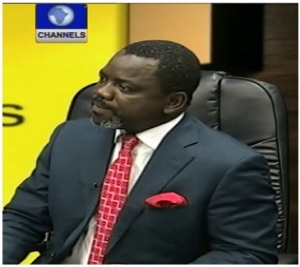 The founder of Guardians of the Nation International (GOTNI) and the organiser of the Emerging Leaders Conference, Linus Okorie, says the conference will inspire young people from Nigeria and the diaspora to develop needed leadership skills.

The conference which hold between August 29 and 30 in Abuja, will afford participants the opportunity to discuss leadership and enable them chart a course on how they can change Nigeria’s future.

According to Mr Okorie, the conference is a leadership development system that will build a huge network of young people from all over the country who are doing great things.

“We will adopt a peer review mechanism, where a young person from Ekiti may think that he is doing something great but at the conference he would see someone that is doing four times better and it will inspire them to think Nigeria and act Nigeria

“GOTNI has been asking Nigeria, for the past 18 years, to give young people an opportunity to grow in leadership content which will enable them define and redefine the future of our country

“So I am asking young leaders to come together so that we can redefine this country and set this country on a part of gold,” he stressed.

Mr Okorie pointed out that nobody would give any young person a place to make progress, except the young persons, on their own, developed themselves, with each person finding a field or a part that he could deepen to become the best in that field. 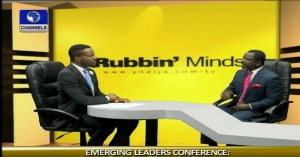 “It is high time we started the habit of teaching young people that they must keep learning and build a learning system around them,” he said, explaining that it is a huge network that GOTIN intends to create.

Over 15 outstanding successful speakers will be attending the conference that has the Chairman/Chief Executive Officer of Channels Television, John Momoh, British High Commissioner to Nigeria, Group Managing director of Heritage Bank, the Minister of Power, the Miniter of Agriculture, Minister for State for FCT and Managing director of Arik Air, as some of the speakers.

Interested participants are required to send a text and their profile to 08033512469.

“We want people who believe that Nigeria can still count despite the problems at the moment. Learning is the next way to the future,” he said, stressing the need for young people to prepare their minds before they assume leadership positions. 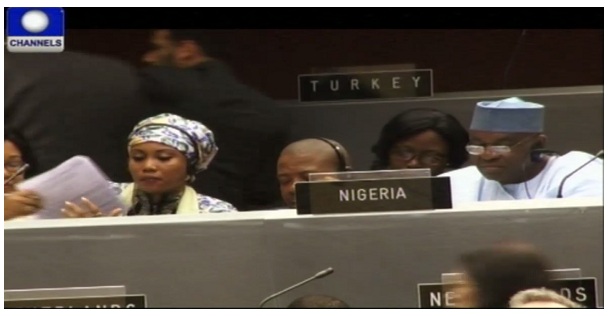 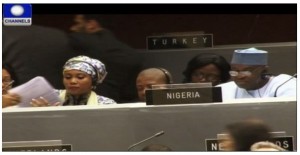 War and Conflict has continued to leave imprints across the globe, from Syria to Sudan, Central African Republic and even Nigeria in West Africa.

These wars and conflicts have left thousands dead and millions displaced, with women and children emerging as the biggest casualties.

It has become a threat to human race and tackling it has become paramount in the hearts of different country’s lawmakers.

For this reason, talks at the Inter-Parliamentary Union Meeting centred on peace and democracy.

Parliamentarians were reminded that, as the voice of the people, they must be at the heart of reconciliation and peace building.

“Parliamentarians need to be an integral part of this process in identifying priorities and monitoring progress, mobilising resources for development, enhancing accountability through legislative oversight and giving voice to the most vulnerable through proper representation,” the Director General, United Nations, Geneva, Michael Moller, told the gathering of lawmakers.

The Nigerian Senate President, David Mark, reminded the parliamentarians on the need to uphold the role of the parliament in addressing the multitude of challenges across the world’s conflict zones.

“We must remain vigilant as we strive to achieve peaceful co-existence between and within nations,” he said.

Nigeria is asking neighbouring African countries to collaborate to fight insurgents ravaging some parts of the nation.

The outgoing Secretary-General of the IPU, Anders Johnson, while explaining how lasting peace and security across the world can only be achieved through inclusive and participatory processes, revealed that, the IPU had sent trial observers who went on missions to talk to leaders in countries about how best to resolve situations involving different forms of violations of human rights.

Rwanda has the highest female participation in politics with over 56 per cent and Nigeria is still below 20 per cent.

Women in Nigeria were, however, urged to gear up and participate in politics.

The IPU also held the election of its Secretary-General, with Cameroonian born Marthin Chungong, emerging as the winner.

It is the first time in 125 years that an African was elected as the IPU
Secretary-General.

The emergence of Mr Chungong is believed to be a good development and progress for Africa.

Challenges affecting legislative processes were also discuss, with court injunctions topping the chart of impediments to lawmaking in all countries.

How can this be tackled? The Clerk of the Nigerian Senate, Mr Benedict Efeturi, explains in the video.