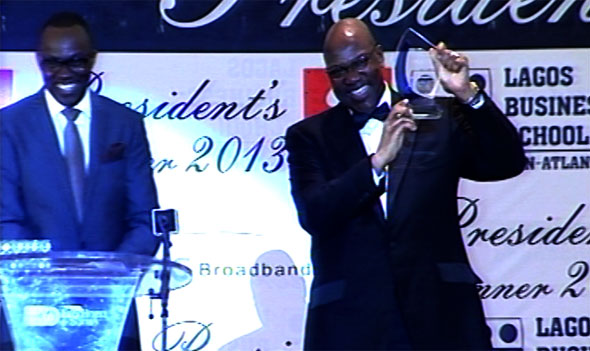 The Chairman, Channels Television, John Momoh has been honoured with the Most Distinguished Alumni Award of the Lagos Business School Alumni Association (LBSAA).

The award was presented to him at the weekend during the 19th annual President’s Dinner held at the Eko Hotel and Suites, Lagos.

According to the Director of Alumni Relations, Henry Onukwuba, Mr Momoh, who is an alumnus of LBS, CEP-7, was given the award in recognition of his outstanding contribution to society and for reflecting the ideals of the School.

Other awards during the ceremony went to the Advanced Management Programme (AMP-22) class who won the Best Alumni Class Award for the third consecutive year, and to Nigeria LNG Limited who won the President’s Award in recognition of the company’s contribution to the growth and development of LBS.

Over 1000 alumni and friends attended the dinner and award ceremony. Notable among the dignitaries was Africa’s first Nobel laureate, Professor Wole Soyinka.