The National Emergency Management Agency (NEMA) has been directed by the National Economic Council (NEC) to help state and local governments put in place emergency management units to manage disaster before the arrival NEMA.

Governor of Ekiti, Dr Kayode Fayemi, made this known while briefing State House Correspondents on the outcome of the monthly meeting of the council in Abuja.

He said the directive was prompted by a presentation made by the Director-General of NEMA,  Mohammed Sani Sidi on the need to decentralize the functions of the agency to local and state governments.

Fayemi, however, maintained that the establishment of SEMA and Local Emergency Committees (LEMCs) by state and local governments respectively would provide effective and speedy disaster management in the country.

“The Director General of National Emergency Management Agency (NEMA) briefed Council on steps that are being taken to provide effective and speedy disaster management in Nigeria and the role and relationship between NEMA and various State Emergency Management Agencies, particularly in terms of clarifying the laws backing State Emergency Agencies and ensuring that all States are encouraged to set up structures and institutions that would enable them response to emergencies in a speedy and efficient manner.

“NEMA also was asked to provide technical support, not just disaster relief after the facts, but technical support for these emergencies at the local level and necessary training to aid the States establish the State SEMA and then the Local Government Emergency Management Committees.”

According to him, the council also directed the Federal Ministry of Finance and state commissioners of finance to discuss details of the government’s Ecological Fund allocations to states to provide enough funding for SEMA and LEMCs.

Fayemi also stressed the need for the country to develop a “Disaster Management Protocol” to raise the level of awareness of the people on the implication of emergency situations.

Lagos and Bauchi states already have the proposed state controlled emergency management units but will have to go a step further in creating local units. 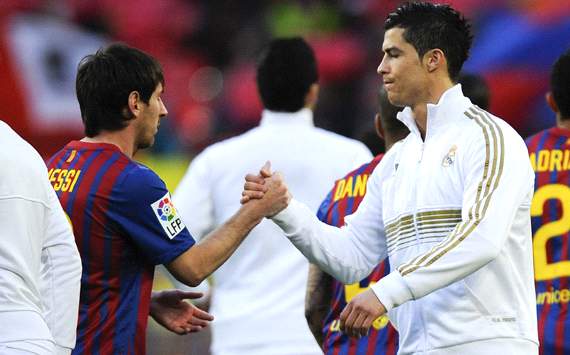 Uefa has announced a list of the 32 players who are in contention for their award for the best player of Europe.

The players were chosen by a jury of journalists from each of Uefa’s 53 member associations. The governing body for European football will reveal on August 14 the names of the three players who were given the most points by the writers, who will then proceed to the live vote to choose the overall winner in Monaco.

Barca’s Lionel Messi was the winner of the first edition of the award, beating team-mate Xavi and Madrid’s Cristiano Ronaldo to the honour.

Raul and Didier Drogba have left Europe since their exploits last season for Al Sadd and Shanghai Shenhua respectively, while Shinji Kagawa’s form for Borussia Dortmund earned him a summer move to Manchester United.

A live vote will be conducted to reveal the overall winner of the accolade after the final three most nominated players are revealed next month.