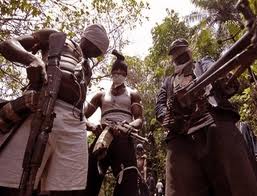 A faction of former Niger Delta militant group on Tuesday issued a one month ultimatum to the presidency to release unpaid allowances to them or risk another bout of crisis in the region.

Addressing the Special Adviser to the President on Niger Delta Affairs, Mr. Kingsley Kuku, leaders of the ex-militants in Ughelli demanded that funds be released to members of the various camps, who are yet to recieve payment.

The group said the leader’s entrepreneurship training is yet to be implemented and that some members were sent for training, by the amnesty office, without duly notifying the leaders of the camps.

Two of the group’s leaders, Owonama Edward and Charles Akatakpo while speaking with journalists in the state, disclosed that they observed irregularities in the payment procedure as some members had not been paid.

“We have been experiencing a situation where some of the boys will receive their salaries in a particular month and have their names omitted the next month. We are insisting that the pending allowances should be paid,” they said.

They stressed that all the leaders should be carried along in all plans and procedures, adding that, “we the leaders are being treated like nuisance by the amnesty office; why? They should work towards the implementation of the leaders’ entrepreneurship training.”

The presidency had in January stated that the amnesty programme granted to ex-militants will not continue despite the agitation by several groups springing up in the region demanding to be accommodated in the programme.