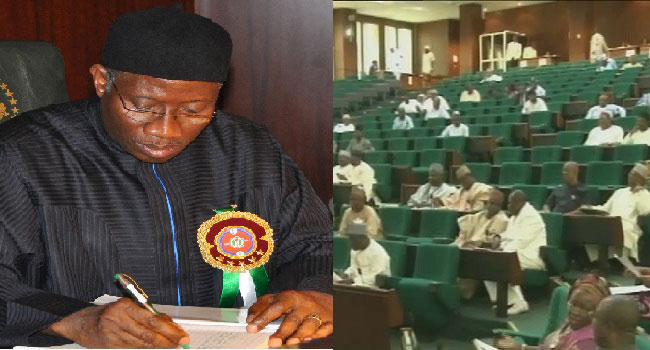 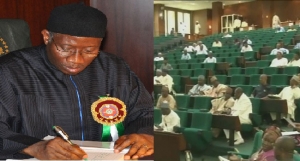 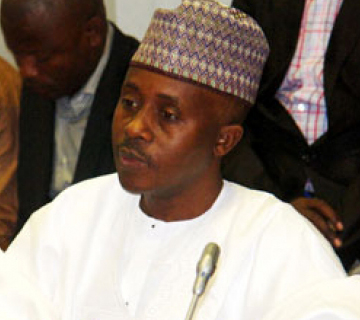 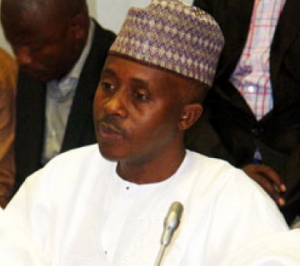 Justice Adebukola Banjoko of the Federal Capital Territory High Court has struck out the case against the former Chairman of the House of Representatives Adhoc Committee on Fuel Subsidy, Farouk Lawan, and its Secretary, Boniface Emenalo.

Justice Banjoko explained that she had no interest in continuing with the case and would return it to the Chief Judge of the FCT for reassignment to another judge.

At the last adjourned date, counsel to Lawan, Mr Mike Ozekhome, had applied that the case be returned to the Chief Judge of the FCT for hearing and determination, since his client wasn’t satisfied with the attitude of the judge to his case.

The prosecution counsel, Adegboyega Awomolo, did not object to the case being struck out.

Farouk Lawan and Boniface Emenalo had been standing trial for allegedly obtaining $620,000 bribe from an oil magnet, Femi Otedola. 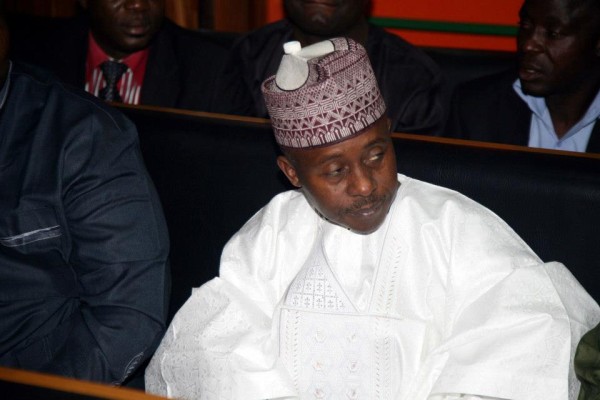 Embattled former Chairman of the ad hoc committee on Fuel Subsidy Regime; Representative Farouk Lawan and the Secretary of the Committee, Boniface Emenalo  have commenced moves to thwart their trial as they asked an Abuja High Court to quash the charges brought against themby the Economic and Financial Crimes Commission (EFCC).

The duo was accused of receiving $620,000 from oil mogul, Femi Otedola as an inducement to influence the report of the committee in favour of Zenon Oil and Gas Limited.

Their lawyer, Mr Rickey Tarfa (SAN), contended that the court ought not to have granted the anti-graft agency leave to prefer the charges against the defendants because the prosecution failed to provide adequate materials necessary for the judge to exercise his discretion to grant the application.

He thereafter pleaded with the court to quash the charges and discharge the accused persons as there was no prima facie case against them and added that the foundation of the case against his clients was not legally laid.

He also faulted the prosecutors for not complying with the provisions of Section 155 (1)(b) of the Criminal Procedure Code which required that statements of witnesses be attached to the application to prefer charges.

The EFCC, represented by Chief Adegboyega Awomolo, also a Senior Advocate of Nigeria asked the court to dismiss the application which he described as a ploy by the accused to thwart and stall their trial and waste the time of the court.

He pointed out that the Supreme Court had held in many cases, that the purpose of seeking for leave of court to prefer charges was to ensure that frivolous criminal charges were not filed and not to allow the accused persons to see the details of the charges against them.

He contended that the charge remains valid and that the non-attachment of witnesses’ statement did not vitiate the legality of the charges.

The presiding Judge, Justice Mudashiru Oniyangi, after listening to the arguments in support of the application to quash the charges as well as the counter argument by the EFCC, adjourned till 2nd May for ruling on the application.

Lawan and Emenalo were said to have violated the provisions of the Independent Corrupt Practices and other related Offences Commission Act.

The Attorney General of the Federation (AGF) and Minister of Justice, Mr Mohammed Bello-Adoke has debunked claims that the federal government will not prosecute oil marketers indicted by the House of Representatives ad-hoc Committee on the probe of petroleum subsidy.

The Justice Minister, who spoke through his counsel, Chief Adegboyega Awomolo in Abuja, at a press conference on Thursday, said that the government was following the principle of rule of law.

According to the AGF “no fact finding committee can indict a person except the police, the Economic and Financial Crimes Commission (EFCC) and the Independent Corrupt Practices and other related offenses Commission (ICPC)”.

He stressed that indicted oil marketers will be prosecuted by the federal government as soon as the relevant investigating agencies complete their investigations.

Mr. Adoke confirmed that the federal government will be heading to court next week to file charges against the indicted companies and officials saying, “if next week the report of the investigating agencies on any of oil companies indicted by the House of Representatives committee is out and it is reliable and conclusive, the federal government will go to court and prosecute the company”.

This is coming despite a Federal High Court ruling in Abuja on Wednesday which barred the federal government from implementing the fuel subsidy report by not prosecuting any official of the Integrated Oil and Gas Limited, which filed the suit.

The court ordered the federal government to maintain the status quo pending the determination of the originating summons filed by the company.