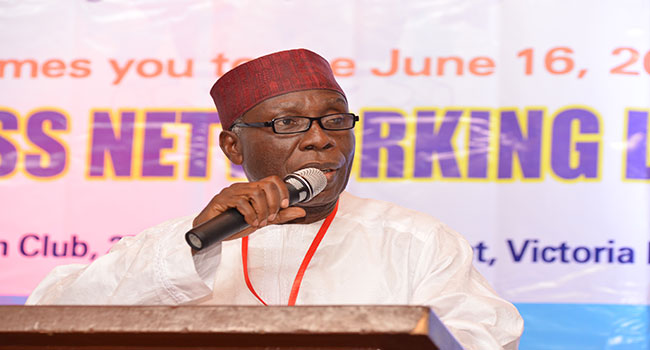 A chieftain of the All Progressives Congress (APC), Mr. Audu Ogeh, has urged the senators-elect in the APC not to condone acts of corruption, but to assist the incoming administration in blocking leakages in the system.

Mr. Ogbeh who spoke at a retreat organised for newly elected senators of the APC, advised them to ensure that their relationship with the executive is not to the detriment of the masses who bear the brunt of bad leadership.

The party’s National Chairman, Chief John Oyegun, lamented that it would take over 228 years to repay the debt, which they said was accumulated by the outgoing administration.

The expectations from the incoming administration are high and its legislators are not left out in this. Probably, this informed the meeting among the leadership of the APC.

In what seems like moral reawakening, the leadership is seeking the cooperation of the senators-elect in dealing with acts of impunity said to have eaten deep into the system.

It’s less than a week to the inauguration of the incoming administration and with the clamour for change in all sectors, it remains to be seen if the legislators would make good their promise and hit the ground running in the days ahead.