The suspect popularly referred to as Bagobiri was arrested while trying to escape from the state when he got the information that he was being trialed.

He is from Shinkafi in Zamfara State.

Addressing some police officials after he was arrested the blind beggar said pays the young boys between 50 Naira and 150 Naira depending on the availability of resources in his possession.

He acknowledged that the act was a bad habit not acceptable by God and humanity but was pushed by the devil (Satan).

Bagobiri has no wife of his own but had a child with a woman in Lagos.

The two victims simply identified as Mustapha, 10 and Zangina, 12, in JSS Two confirmed the incident, They said he used to invite them for the devilish act.

His exploitation of the young boys was discovered when Zangina fell ill and went to Minna General Hospital for treatment. He was reported to have been infected with bacteria in his body sequel to annal intercourse and was referred to the agency for investigation.

The mothers of the victims, Umaima Umar and Fatima Umar, noted that they were not aware that such act was going on, but they, however, demanded that the mand should be made to face the law.

The two further stated that the homosexual activity had been going on for about one year now.

The Director General of the rights agency, Mrs Mairam Kolo, said that “when the case is established in the court of law after police investigation, Bagobiri will face life imprisonment or 14 years jail term” as stipulated by Nigeria’s anti-gay law.

She said: “This is a homosexual case with underage just as penal code law stipulates live in prison while Child’s Right Act stipulates 14 years in prison and compensation to the victim”.

She blamed parents for negligence on their part and insisted that they must be watchful over the kind of people their wards associate with.

Mrs Kolo  further urged parents to questions their kids when they are seen with money or other gifts. 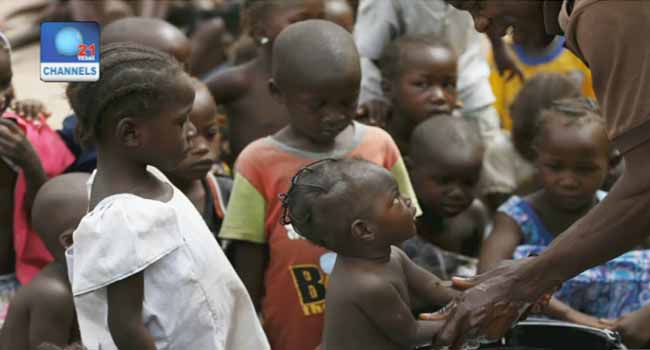 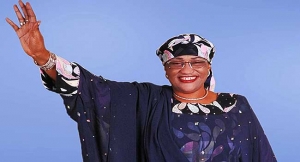 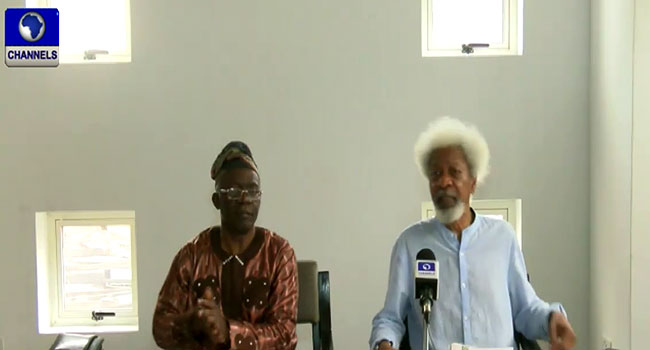 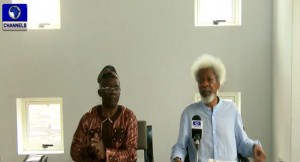 The Nigerian government has been asked to take more proactive steps to ensure the safety, education and improved welfare for the Nigerian child.


In his speech, Professor Soyinka condemned those who are weaving religion sentiment around child marriage.

“When you damage a child because of your own depravity, you ruin that child for life (and) traumatise that child. Whether you say you believe in any religion, you are committing a crime.

“We are against crimes committed (that are) defined by the constitution (and) the legal structure that binds us all together,” he said.

Professor Soyinka also asked the Police to take charge in securing the safety of all citizens, saying that they are the first call in curbing crime.

“They should be the first call when the child goes missing and they cannot abandon the job until they have restored the child to the rightful parent,” he said.

Playing on the Intelligence of Nigerians

Mr Falana on his part, was displeased with child marriage, stressing that it was illegal to marry a girl without the approval of the parent.

“The law says under 18, it is illegal to marry out anybody and in this case, whether in the north or in the south, you cannot marry out a girl without the approval of the parent” he said.

The Senior Advocate noted that those referring to religion are playing on the intelligence of Nigerians, adding that it was the responsibility of the government to cater for every underage child found hawking on the streets.

“Under the Child’s Right Act, every child must be put in school at the expense of the state and that applies to Lagos or any of the states in the south where we have children on the streets who are hawking all manners of goods,” he said.

Mr Falana attributed the street hawking to the high rate of abuses on the child such as kidnap and rape, calling on the citizens to retrieve all underage children that have been forced into illegal marriages.