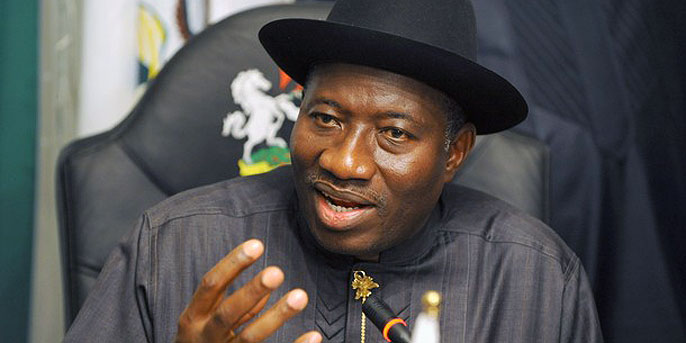 President Goodluck Jonathan said on Thursday that he would take some of the responsibility for a failed hostage rescue attempt in which an Italian and a British man died in Sokoto.

The President who disclosed this in an interview with CNN said the Nigerian authorities had worked with intelligence agencies from Britain and other countries in the failed rescue operation.

“We worked with the international intelligence system. If there was success, there would have been a collective glory. Since we did not quite succeed, well, we all take responsibility.”

“So I cannot say I will not take part of that responsibility. Yes, I do. I’m the President of the country.”

Kidnappers last Thursday killed two European expatriate Franco Lamolinara and Chris McManus while a raid to free them was under way, according to British government sources briefed on the matter.

The case drew criticism from the Italian government, who questioned the British authority on why Rome was not consulted before the operation, which was launched by Nigerian forces with support from Britain.

Britain said it had not been possible to inform Italy of the operation until it was under way because of the fast moving situation on the ground and the “imminent and growing danger” to the hostages’ lives.

President Jonathan said the raid on the hide out of the Kidnappers was initiated after conversations between the captors were intercepted.
The hostages had been moved several times and there were fears they would be taken out of Nigeria, he said.

The President said that the escape of one of the alleged kidnappers during an arrest the day before the failed rescue attempt also raised fears that McManus and Lamolinara would be killed.

He said he was not aware of any demand for a ransom, or of any ransom payment having been made.

“In this particular case, no family member informed security agencies that they (the captors) had reached out to them for ransom,” he said.