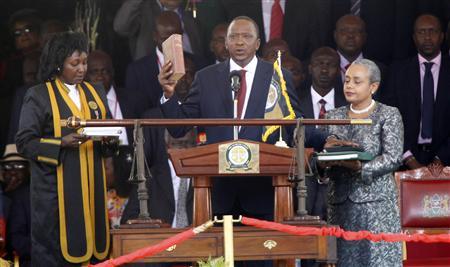 Kenya’s newly elected President Uhuru Kenyatta, who faces international charges of crimes against humanity, is expected to attend a Somalia conference next week in London at the invitation of the British government, sources said on Friday.

Britain’s high commissioner (ambassador) to Kenya, Christian Turner, extended the invitation to Kenyatta, who is due to stand trial at the International Criminal Court in The Hague, during a meeting with the new president this week.

A source with knowledge of the president’s affairs told Reuters that Kenyatta was planning to travel for Tuesday’s conference that aims to build support for Somalia. A diplomat also said: “The expectation is that he will go.”