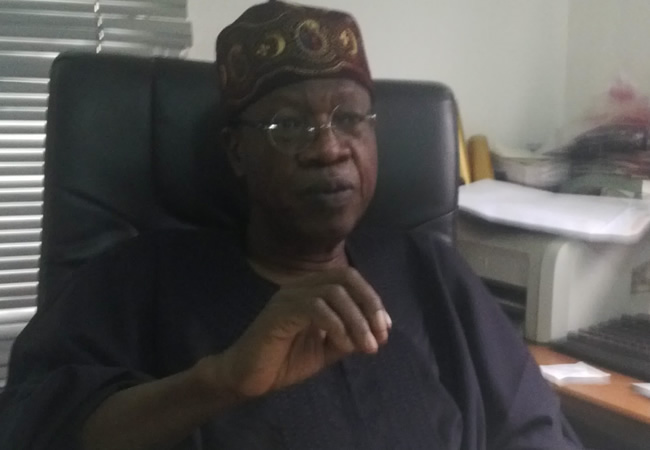 The All Progressives Congress (APC) has warned that it will not accept the results of Saturday’s governorship election in Anambra state if voting does not take place in all local governments, especially in the party’s strongholds of Idemili North and South as well as Akwa South.

In a statement issued in Lagos on Saturday by its Interim National Publicity Secretary, Alhaji Lai Mohammed, the party also condemned INEC for its apparently-contrived logistic nightmare that had left thousands of voters unable to exercise their franchise, and demanded the immediate removal of the Resident Electoral Commissioner for Anambra, Prof. Chukwuemeka Onukogu.

APC said it was “totally astonished to learn that INEC has confirmed that materials meant for Idemili North Local  Government, which has 180,000 voters, have been hijacked, without saying who hijacked the ballot papers and why, and without explaining why the materials meant for APGA and PDP strongholds were not hijacked”.

The party said equally astonishing is the fact that the voter’s registers for Idemili South, the direct council of the APC candidate, Dr. Chris Ngige, did not contain the names of voters in the local government, despite the assurances

“Before the election, political parties were given voters registers that largely contained the names of most voters. However, about four days to the election, Prof Jega said at an interactive stakeholders forum that there were problems with the registers, which would be rectified before the election.

“When the supposedly-corrected registers were brought back, most of the authentic names in them have disappeared, without explanation,” it said.

APC said it also complained about the fact that the Resident Electoral Commissioner for Anambra, Prof Onukogu, was very partial and unprofessional when he conducted the 2011 election,

“We subsequently petitioned INEC and the Commission assured us that the same person would not be allowed to conduct subsequent election. Alas, he was left in place to do another damage to INEC as an institution through his glaring incompetence and partiality, which have seriously affected the credibility of this governorship election,” the party said.