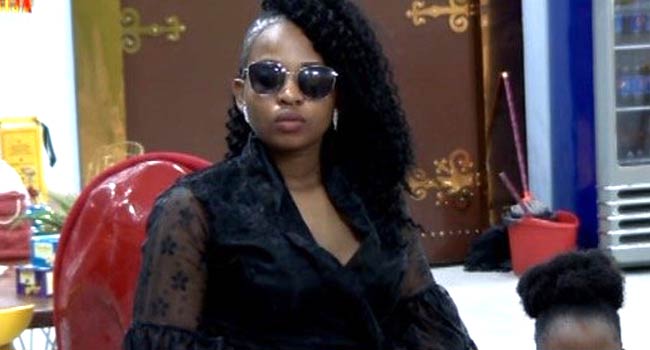 Cindy, one of the Big Brother Naija housemates has been evicted from the reality show.

She was evicted on Friday morning in a surprise eviction.

The eviction was hosted by Ebuka, the regular host of the live eviction show.

Ebuka came into the house for the eviction holding the envelope containing the name of the evicted housemate.

The housemates had earlier being informed to pack their bags and get ready for the eviction show at the lounge.

READ ALSO: Davido To Feature In Hollywood’s ‘Coming To America’