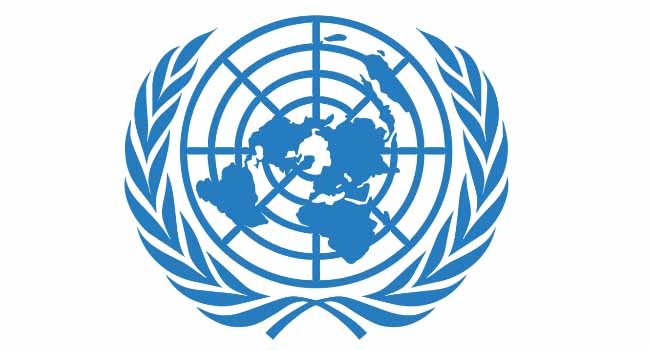 UN climate negotiations in Madrid remained bogged down Monday in the fine print of the Paris treaty rulebook, out-of-sync with a world demanding action to forestall the ravages of global warming.

The 196-nation talks should kick into high-gear Tuesday with the arrival of ministers, but on the most crucial issue of all — slashing the greenhouse gas emissions overheating the planet — major emitters have made it clear they have nothing to say.

Only the European Union is dangling the prospect of enhanced carbon-cutting ambitions, to be laid out this week in its European Green New Deal.

The arrival Tuesday of Michael Bloomberg, who has thrown his hat — and a ton of money — into the US presidential contest, will underscore how much easier the task might be with a Democrat rather than a climate denier in the White House.

Observers say the case for a global Marshall Plan on global warming has become overwhelming.

A quartet of recent UN science reports catalogued a crescendo of deadly heatwave, flooding and superstorms made more destructive by rising seas, and projected far worse impacts just over the horizon.

Every year that CO2 and methane emissions continue to rise — as they have for decades — compresses the task of drawing them down fast enough to avoid catastrophic warming into an impossibly narrow time frame.

A youth-led movement, meanwhile, led by Swedish teenager Greta Thunberg — a magnet for climate hope and fear — has seen millions of protesters spill into the streets, with tens of thousands in Madrid on Friday.

Even forward-looking businesses and corporations are pushing for a rapid and well-ordered transition to a low-carbon world.

On Monday 631 institutional investors managing $37 trillion — a third of the world’s monetary assets — called for a price on carbon and end to fossil fuel subsidies.

But governments are waiting until next year’s deadline to unveil revised emissions reduction commitments.

“Negotiations, by their nature, are ‘I’ll give you this, if you give me that’,” said Andrew Steer, President and CEO of the World Resources Institute, a Washington-based climate policy think tank.

At the same time, the rising tide of urgency has clearly permeated the “climate bubble” of diplomats, policy wonks, NGOs and business leaders that gather in a new city each year.

For 25 years, she noted, it has been more-or-less taboo to point an accusing finger within the UN negotiations directly at the cause of global warming — the burning of fossil fuels.

It is no coincidence that the landmark 2015 Paris Agreement — which calls for capping the rise in temperatures to “well below” two degrees Celsius — does not mention “fossil fuel”, “oil”, “coal” or “natural gas”.

Last month, however, a United Nations report showed for the first time that fossil fuel production planned or in the pipeline will overwhelm efforts to hold warming to levels consistent with a liveable planet.

Negotiators are addressing a trio of politically-charged technical issues before the Paris Agreement becomes operational at the end of next year.

One is reworking rules for largely dysfunctional carbon markets.

Another is so-called “loss and damage”.

But there was no provision for helping countries already reeling in a climate-addled world, such as Mozambique — recently hit by devastating cyclones — and small island states disappearing under the waves.

“There must be a path forward that ensures vulnerable countries will see finance and capacity-building support substantially scaled-up to address the loss and damage they are already experiencing,” said Alden Meyer, director of strategy and policy at the Union of Concerned Scientists.

Even fixing a timetable for periodic reviews of carbon-cutting pledges has proven too contentious for frontline climate negotiators to resolve.