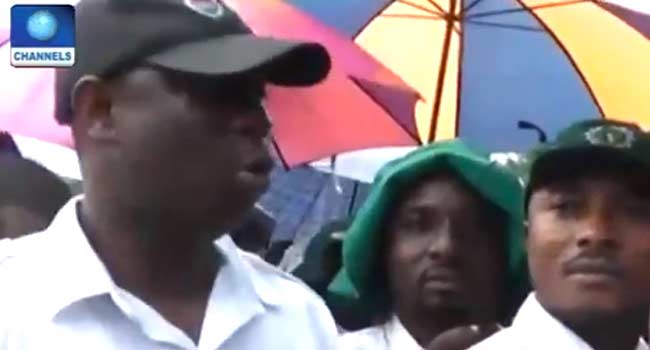 Workers of the College of Health Technology Calabar, (COHTECH) have taken to major streets of the Cross River state capital, demanding the implementation of a seven-year-old salary scale which was approved in 2011.

The protesting workers include members of the Academic Staff Union of Polytechnic (ASUP) and the Senior Staff Association of Nigerian Polytechnics (SSANIP).

According to them, COHTECH remains the only tertiary institution in the state that is yet to benefit from the Consolidated Polytechnics and Colleges of Education Academic Salary Structure, (CONPCASS).

In order to ensure their demands are met, the two unions on Wednesday shut down the school located at Mary-Slessor in Calabar as they commenced a three-day warning strike.

They also took their protest to the Government House, where they were addressed by the state’s Special Adviser on Labour and Productivity, Mr Effiong Ita Umo.

He assured them that the state government will the matter and appealed to them to be patient.