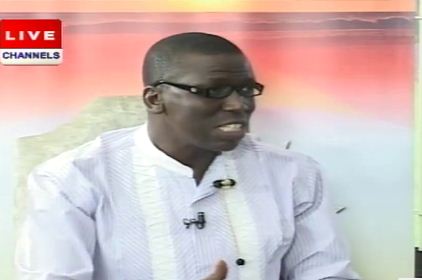 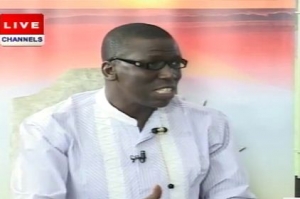 The Special Adviser to the Bayelsa State Governor on Security, Colonel Bernard Kenebai (Rtd), has identified the role of security in economic growth as one the state takes seriously.

The SA was speaking on the Friday edition of Channels Television’s breakfast programme, Sunrise Daily.

The Governor, according to him, inherited a lot of security challenges but through his style of leadership, has been able to create a peaceful environment which has made development possible over the years.

He said that the efforts of the Dickson-led administration towards security has led to the state security system being awarded as the best crime bursting squad in West Africa by an international organization.

He also said that the state has an emergency number – 0706464644 – that is functioning and a coordination centre that works 24 hours, explaining that although it is not yet toll free, the number has been able to still serve the citizens as it can accommodate up to 10 calls simultaneously.

The issue of militants also came to the fore and Colonel Kenebai disclosed that many of the militants have turned around to become cooperative with the State Governments and its programmes. He also said that more were being rehabilitated.

Speaking on the back of the 1st Bayelsa Investment and Economic Forum in Yenagoa, he also said that the formerly notorious activities of cult groups in the state has also ben stemmed by the Government, helped by the Governor’s experience as a trained detective and lawyer, as many of them have been made to renounce cultism.

He noted that the Government’s robust activities in the area of law enforcement and security has not in any way impeded its respect for the rule of law as the Government has maintained a good synergy with the judiciary and has also improved the condition of prisons in the state.

The retired Army officer also spoke about the different revolutions going on in the state which he said affects every sector, revealing that one of the targets of the Government was to ensure that the developments outlive his administration; a vision he said necessitated the provision of legislation for every project. An example of this, according to him, is the transparency bill which would ensure that the people know the resources available to the state per time and how they are being used.

He admitted though that they have their own challenges in the state but they were optimistic that they would be surmounted. Kidnapping was one of the well-known challenges in Bayelsa and Kenebai said that the state has gone after 90% of the kidnappers with many of the prosecuted.

Kenebai noted that another major challenge was that 80% of Bayelsa State was riverine with isolated communities only linked by waterways and the criminals understand the terrain better than the security operatives and this has made policing the region quite challenging.

Although the marine division of the Police has been doing its best, and the State Government has also put in a lot of resources to equip them especially in terms of modern communication technology, there was more to be done.