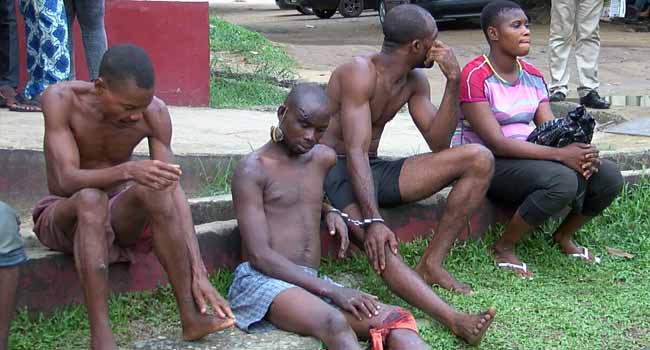 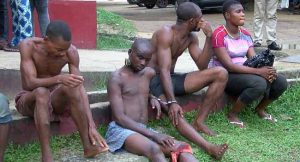 He was rearrested by the command after escaping from court.

According to the Commissioner of Police, Hafiz Inuwa, he said, the suspect is a native of Akwa Ibom state, he is an expert in snatching of Jeeps and other sophisticated cars across the state.

“Ability and his gang members specialize in the snatching of so many Jeeps within Cross River state and beyond and some of these jeeps he takes them down to Akwa Ibom, Abuja to dispose.

“The suspect is presently with us and will be charged to court at the end of our Investigation. Meanwhile, we are now tracing all the Jeeps that he has so far robbed from people”.

Briefing Channels Television at the State CID in Calabar, the Cross River state capital, the CP said they also paraded a female suspect who kidnapped a three-year-old boy in Uyo, Akwa Ibom state on December 2016.

“On January 4, 2017, Mary Samuel of Ndunikpa Etoi Village in Ikono Local Government Area of Akwa Ibom state was arrested in connection with the kidnap of a three-year-old David Aniefiok since December 16, 2016.

“The Child was rescued alive and he has been reunited with his family, though he is presently sick”, the CP said.

Condemning a system where criminals who are charged to court find their way out of prison, the CP said, “The case of armed robbery is a very serious offence so, at any given time such suspects are been taken to court, enough security should be given most especially by those whose responsibility is to take them to court.

“Similarly, the court itself should do everything possible to ensure adequate security.

“If those who took them to court cannot provide adequate security, they should reach out to us. One has to be very serious especially when it has to do with crime and criminality”, he concluded.

The CP further briefed that, the command has arrested four suspects for the stealing of Airtel Fibre Cables in Odukpani Local Government Area of the State worth 32million Naira.

According to him, the police remains committed towards the fight against crime across Cross River state.