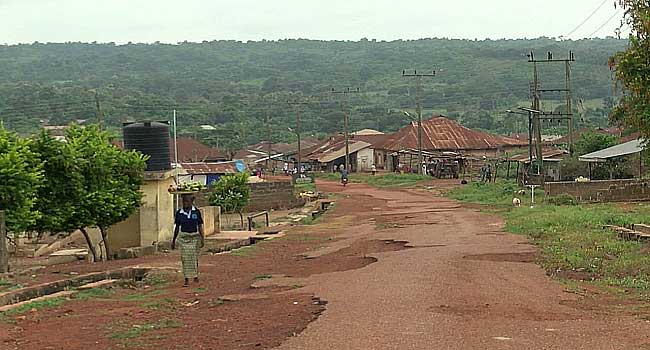 Imala, a community located in Oke Ogun Local Council of Development Area of Ogun State is rich in agrarian land and bequeathed with mineral resources.

Surrounded by lush green vegetation and situated four kilometers from the Ogun State capital, Abeokuta, the major profession of the people of Imala is agriculture.

It is a profession is believed to have been passed to the people from one generation to another since they migrated from the old Oyo Empire between the 14th and 15th century.

Although blessed with resources, the people of Imala have grappled with a familiar problem.

Their community has operated below its potential, no thanks to rural-urban drift and other challenges. They want this to change and have set their minds on a revolution.

Imala farmers desire to be more productive. Majorly rural and peasant farmers, they know that their productivity of these farmers can be hugely boosted if mechanised farming is practiced.

Sadly, they rely on crude implements for cultivation of all the crops produced, since the period of inception, which dates back to the British era, till this modern age.

“We want to increase the tempo of farming and revolutionise farming. So that our people will grow from peasant farmers to become commercial and civilised farmers that will make them as rich as other farmers, not only in Nigeria but also in the whole world,” he says.

Oladiran Adeyemi is one of the farmers in the community, and he has a variety of crops on his farmland.

Beyond having to depend on his strength to till the soil, he has to worry about rainfall as well.

Although a few tractors were seen around some of the farms to help in tilling the ground, the farmers reckon that there are better ways to ensuring that farm produce will turn out better and bring forth more fruitful yield.

After braving the odds and making a harvest, fresh challenges pop up for Imala farmers – getting the farm produce to the market fresh and storing them when necessary.

This is because Imala is cut off from the major cities – Lagos, Abeokuta – that surround it. The poor state of the community’s roads makes it difficult to transport farm produce to the markets in major cities.

Lekan Adesola, an indigene of Imala town says if the government is looking towards profitable agricultural export, then much attention should be focused on improving farming in Imala.

“I think we should look beyond leaving this business to the old farmers. They should be supported in all ramifications. Group them into cooperative societies, encourage them to patronise mechanised farming, and provide them hybrid seeds,” he says.

“Government should make it a handy project whereby you will have good access to a local community like this (Imala), where huge farm produce is. The government should enable farmers to move their farm produce to export zones. Cooperative societies will also go a very long way.” 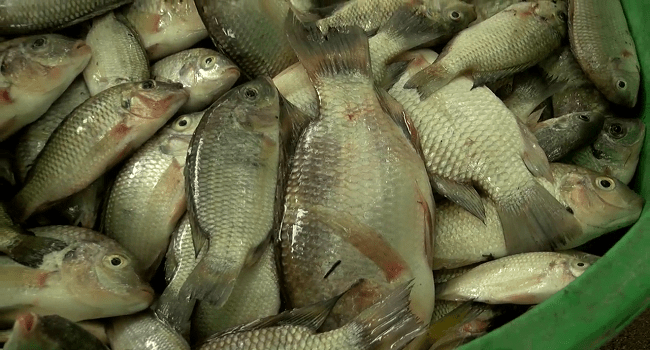 Another form of Agriculture practiced by Imala farmers is fish farming. Practiced majorly by residents in Imala Odo, the riverine part of Imala town.

One of the Fish farmers, Tanko Ahmed says fish farming has been a source of incoming to many of them for decades.

“When we came here as settlers, it was primarily for fishing purposes. We have been enjoying our stay. Water from the dam is opened appropriately from time to time to avoid flooding,” he explains.

“When we sell the fish we get from the water, it gives us income to train our children at school and take care of their health.”

The Chairman, Oke-Ogun Local Council Development Area (LCDA), Salami Taoreed, stresses that the benefits of having the Oyo River Dam in the vicinity go beyond fishing opportunities for the people as it also a source for generating electricity.

An attraction for illegal miners

Statistics from the Ogun State Ministry of Commerce and Industry shows that Kaolin deposit in Imala covers a total area of 9.75km square. When processed, Kaolin can be used in the pharmaceutical industry. 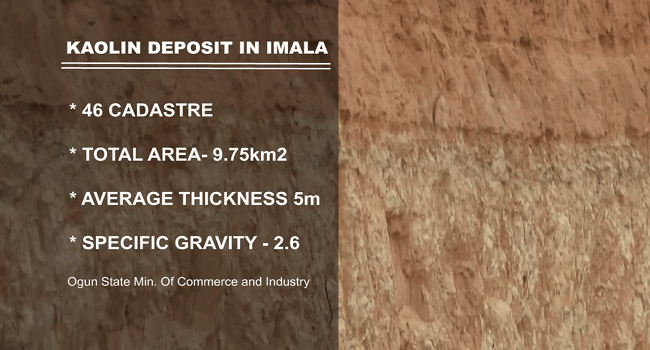 79-year-old Oba Moses Olabode adds that Imala has Kaolin, Quartz, Alkaline and so many other minerals.

Also, because of the rocky nature of Abeokuta which is close to Imala town, the community is home to another mineral resource, white stones. 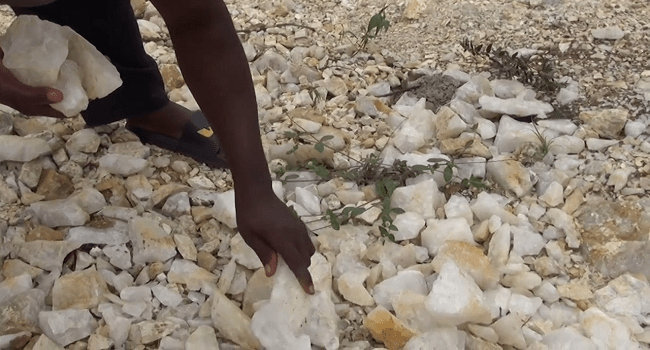 Members of the community are looking forward to mining these minerals for commercial purposes.

Pending that time, Imala is however confronted with the challenge of illegal mining activities.

To tackle the menace, the Ogun State Commissioner for Environment, Mr Bolaji Oyeleye, argues that there is the need for a review of the mining laws in Nigeria.

According to him, some individuals and corporate bodies come to mine the mineral resources and the issue has always been that they get their licenses from the Federal Ministry of Mines and Solid Minerals.

“I found out that there is a lot of illegal mining going on and I am working with Federal Ministry on Mines and Power as well as other relevant security agencies to curb the activities of illegal miners and to bring in reputable and well-established miners to partner with us. Because this will, in turn, create jobs and bring development,” he says.

Beyond stopping the activities of illegal miners, Ogun State Commissioner for Environment, Mr Bolaji Oyeleye, says it is important to ensure that all mining activities are in the best interest of the state.

“Our duty in the ministry of environment is to protect, maintain and develop the environment. Activities that are inimical to the existence of the environment, we are empowered by law to act in the best interest of the state,” he says.

“What has been in practice over the years is that once they get their license, they just move into the area here and begin operations which we have since frowned at. We have had to stop some operations lately when it comes to people just mining without considering supervising agencies in the state. We may not be able to give license, but we are monitoring the activities.”

“Again, what we found out is that, it’s not everybody in that sector that has the right to operate in that sector. Meaning that they might take the license for quarry and now be mining Kaolin or laterite. So, all these needs monitoring and enforcement.”

Faith In A Brighter Future

Imala is believed to have been about 500 years in existence and although farming in the community has yet to get to the desired level, over the decades, the ancient town is now slowly being garnished by modern structures.

This is one of the reasons why the people of the community believe that the future holds better tidings – the urbanisation and economic revolution which they yearn for.

This bright future starts with the nurture of Imala children from the womb. For their medical needs, they turn to the only health center in the community.

Maimunat Olaokun, a Health Worker at Imala Health Center said adequate care is given to pregnant women as they meet at the health center, every Tuesday, for their antenatal, where they are lectured on prenatal and post-natal care.

“We also treat minor ailment like malaria, if we have any case beyond our power, we refer them to the state hospital,” she added.

As the elders of Imala pursue their dreams of carrying out a successful agricultural and economic revolution, they are also encouraging their children to chase dreams of their own.

For instance, Khadija Dauda, a 16-year-old senior secondary school student, is one of the minds on which the hope of a better future of Imala rests. She dreams to study Medicine in the university and become a medical doctor.

Although the rural-urban drift remains a threat to their plans,  a young farmer, Abdulateef Dauda, says the current method of farming in Imala and its aging effect is not a legacy they want to leave for their children.

“We are giving our children education so that aside from farming, they can have other options in life, because farming, the way we are practicing it now makes young farmers age faster,” he said. 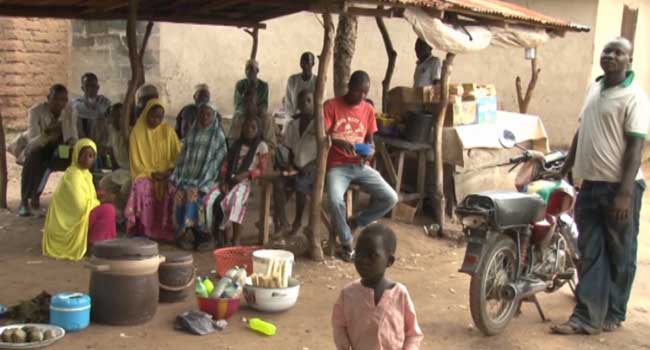 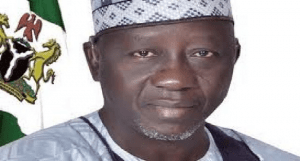