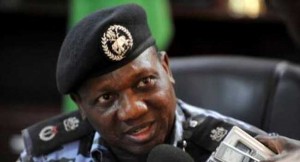 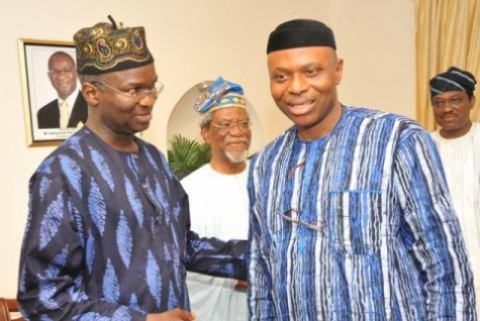 In his remarks, Ondo State Governor, Dr. Olusegun Mimiko, described the passing of the Pa Fashola as a sad occurrence, adding however, that although the death would naturally provoke moments of grief, survivors of the deceased should derive joy from the fact that he lived a good life and left a worthy legacy in the Lagos state governor.

Dr. Mimiko, alongside some members of his Cabinet, told Governor Fashola, “We have come to commiserate with you over the death of your dear father. We have also come to rejoice with you because Papa lived a good life and he left behind a worthy legacy in the Governor of Lagos State”.

Praying the Almighty Allah to grant sweet repose to the soul of the deceased and to grant his family the fortitude to bear the loss, the Governor also thanked God and “the circumstances that produced a personality like Mr. Babatunde Fashola”.

Also in his remarks, the Borno State Governor, Alhaji Kashim Shettima, said the father of Governor Fashola lived a good and fruitful life adding that he trained his children well and impacted positively on ordinary citizens, especially the poor and needy in the society.

The Governor noted that the elder Fashola wanted the best for his family and that was why he trained all his children well adding that the deceased lived a very exemplary life of giving to others in need. He prayed for the repose of the soul of the Octogenarian and also that the Almighty Allah would support the Family of the deceased.

Responding, Governor Fashola expressed gratitude to the Governors for their visit and honour done to the memory of his father noting that for the Governors to leave the ever tasking challenges of governance in their various States to come to down Lagos to commiserate with him and the family was, indeed, a demonstration of how deep their honour was.

The Governor told Alhaji Shettima, “There is a lot of history between us and the people of Borno State and I believe that this day’s honour reaffirms the common bond that our ancestors have shared’.

“They are bonds which we must rededicate ourselves to fastening, to tightening and to remolding so that in the fullness of time we may also hand it over to our children. They are bonds that I belief if pursued rigorously, will ultimately bring peace to our nation”, the Governor said.

Thanking his Borno State counterpart for the visit, Governor Fashola encouraged him, “As you continue to soldier on in the pursuit of love, peace and brotherhood across barriers, I pray that Allah grants you all of the wisdom and strength to discharge the mandate which was so graciously bestowed on you in respect of the people of Borno and, by extension, Nigeria”.

Responding on behalf of Fashola to the condolences of Governor Mimiko, one of his uncles and former Federal Commissioner for Works and Housing, Alhaji Femi Okunnu, expressed gratitude to the Governor of Ondo State for the courtesy and honour of the visit, saying it was a great honour to their Brother and the entire Fashola Family.

Others who paid visit Sunday included a former military administrator of Lagos State, Commodore Ndubuisi Kanu and National Secretary of the National Democratic Coalition (NADECO) Ayo Opadokun, the Comptroller-General of the Nigerian Immigration Service, Mr. David Paradang, and Executive members of the Igbo Communities in Lagos, among other prominent members of the society from all walks of life.