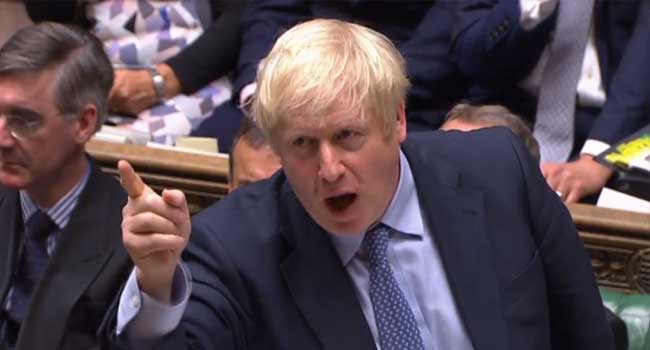 British Prime Minister Boris Johnson on Wednesday challenged opposition parties to call a vote of no confidence in his government, telling them in parliament: “what are they scared of?”

As he faced MPs for the first time since the Supreme Court quashed his suspension of parliament, Johnson asked: “Will they have the courage to act?… Come on, then.” 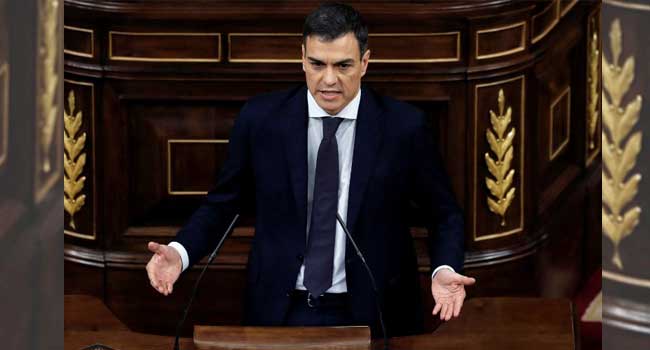 Spanish caretaker prime minister Pedro Sanchez lost a first parliamentary confidence vote on Tuesday as he seeks to remain in power after an inconclusive general election.

A total of 124 lawmakers in the 350-seat parliament voted for the Socialist premier, leaving him well short of the absolute majority he needed.

Another 170 MPs voted against and 52 abstained. Four remaining votes belong to suspended lawmakers.

A second, decisive vote has been scheduled for Thursday afternoon, before which Sanchez needs to reach a coalition deal with far-left Podemos, a party that was once arch-rival.

Sanchez is currently caretaker premier after coming first in the April general election but without the majority he needed with just 123 seats, forcing him to look for support.

If he manages to form a coalition government, it would be the first in post-dictatorship Spain.

In debates on Monday and Tuesday ahead of obligatory post-election parliamentary votes this week, Podemos and regional parties that could back Sanchez accused him of not reaching out to possible allies despite needing their help.

The second vote on Thursday requires only a simple majority.

With the support of far-left Podemos’s 42 lawmakers and a few others from small regional parties, he could get through.

But given the anger of these potential allies, that support looks uncertain.

Sanchez’s Socialist party has been locked negotiations with Podemos for months and only recently reluctantly agreed to form a coalition government with the party.

But Podemos leader Pablo Iglesias angrily lashed out at Sanchez in the parliamentary debate on Monday.

He accused the socialists of refusing to give his party positions that carry any kind of weight and wanting them to be “a mere decor” in the government.

Catalan separatist party ERC, meanwhile, accused Sanchez of being “irresponsible” for not appearing to want to negotiate with anyone.

He also slammed him for not having mentioned the separatist crisis in Catalonia in his Monday speech to parliament.

ERC had previously said it would not stand in Sanchez’s way despite their differences over how to handle the crisis.

But Gabriel Rufian, ERC’s leader in parliament, said: “the feeling was that you are playing poker with the hopes of hundreds of thousands of people who came out to vote on April 28.”

Aitor Esteban of the PNV Basque nationalist party said the socialists had not even been in touch with them in the past few weeks.

“They have taken for granted that our vote was going to be positive,” he said.

“You’re the one who should be looking for alliances,” he told Sanchez. His party also abstained in Tuesday’s vote.

If Sanchez cannot secure the votes he needs, he has another two months to find a solution, failing which the Spanish will face another general election.

“What we are seeing in Spanish politics is effectively the natural tensions that occur as a political system transitions from an old way of operating (single-party governments) to what appears to be the new normal…(coalition governments),” said Alfonso Velasco, an analyst at the Economist Intelligence Unit.

“Spain might need another election for politicians to accept the new reality.” 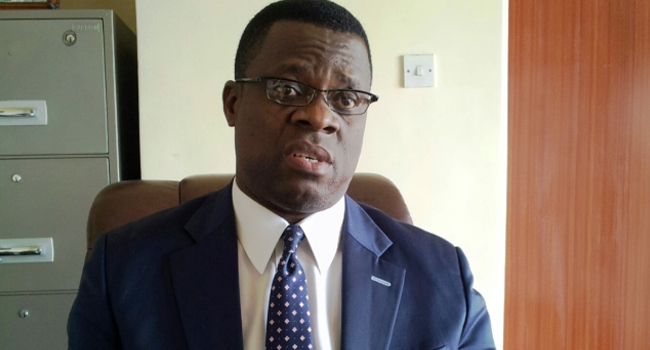 Forty-four political parties in Akwa Ibom state have passed a vote of confidence on Resident Electoral Commissioner in the state, Mr. Mike Igini.

The parties under the aegis of Inter-party Advisory Council (IPAC) described Igini as a man of integrity who has continued to stand upright in the face of provocations, intimidation, and inducement.

In a statement by IPAC’s legal adviser, Mr. Mfon Peters, the political parties alleged that several attempts were made to lure the REC against the will of the people during the presidential and senatorial elections.

They, however, praised Igini, stressing that the REC “chose his integrity instead”.

“We have noticed that after the Presidential and National Assembly elections in our State, the ‘Igini Must Go’ assemblage which had receded has been rekindled. The reason is not far- fetched.

“We applaud the unbending noble character of the Resident Electoral Commissioner, Mike Igini, in the test offered by the scenario that played out at Ikot Ekpene Senatorial District elections,” the statement read in part.

IPAC alleged that some politicians tried inducing Igini with lucrative monetary offers to compromise the elections in the state.

“Despite monetary inducement, connection, influence and power play, Igini was uncompromising. He insisted that only the valid votes cast at the polling units and collated by the designated officers will count.

“This did not go down well with some political gladiators who hitherto thought that what money cannot do, more money can do,” IPAC added.