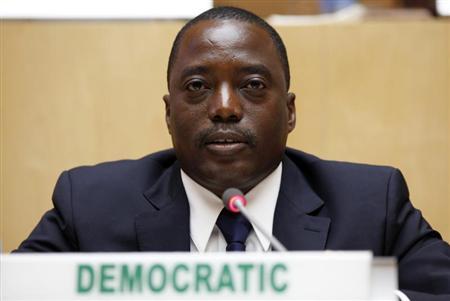 Congolese government troops have re-occupied eastern towns for the first time in eight months after rebels weakened by an internal power struggle withdrew and turned their weapons on each other.

The advance is the first significant progress by Congo’s army since a series of defeats last year, but raises fears of fresh clashes with M23 fighters who are intent on reclaiming the same areas after peace talks stalled.

Government troops moved into the towns of Rutshuru and Kiwanja on Friday night to protect the population from bandits and armed groups who had taken advantage of the M23 rebel pullout to prey on civilians, a spokesman for the army said.

“Since last night, those areas are under government control. (M23) left those areas and it is for us, the regular forces to take our responsibilities and secure them … against the pillaging, rape and killings,” Colonel Olivier Hamuli told Reuters by telephone.

Hamuli said there were no immediate plans to move against nearby M23 positions but the rebels accused the government of “pure provocation” and said their forces were en route to re-occupy the same zones.

“There is a risk (of clashes) because the government has left its positions and come to provoke us. M23 warns Kinshasa and the international community that anything that happens now is the government’s responsibility,” said Colonel Vianney Kazarama, M23 spokesman.

Eastern Congo has been ravaged by war and banditry for two decades, leaving millions dead through violence and disease. Civilians are regularly caught in the crossfire between armed groups and the country’s notoriously ill-disciplined army.

The split reflects a power struggle between the group’s military high command and the renegade general Bosco Ntaganda, who is wanted by the International Criminal Court for alleged war crimes.

Ntaganda defected from the Congolese army to M23 last April, taking hundreds of fighters with him and helping fuel the eastern rebellion.

In a separate communique late on Friday, M23 said Ntaganda and the movement’s ousted political head were hiding in the dense forests of Virunga National Park after a failed attack on M23 positions.

“Firm and precise instructions have been given to our forces to capture (them) so that they can answer for their acts,” said the communique, signed by M23’s military commander Sultani Makenga.

A spokesman for the faction loyal to Ntaganda, Colonel Seraphin Mirindi, denied they had fled into the forest, saying they were just north of Goma.

He also accused Makenga of planning a deal with the Congolese army, something Kinshasa has repeatedly said it would not consider.

“If they’re going to make an alliance and attack us we will defend ourselves, and we know how to do that, we’re used to it,” he added.