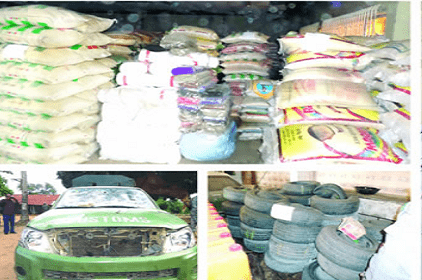 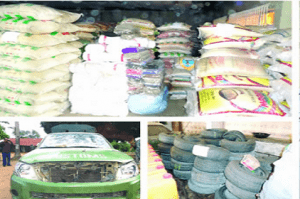 Young men suspected to be smugglers attacked some Customs officers at Igbeti in Oke Ogun axis of Oyo State brutalizing and damaging properties belonging to the Nigerian Customs Service.

According to the leader of the Task Force and Coordinator of the Comptroller General’s Task Force Team, D.C Shallangwa, the hoodlums attacked his men while on duty brandishing guns, cutlasses and other harmful weapons.

Shallangwa added that his men were well equipped to deal with such challenges but they refrained from the use of retaliatory force so that innocent people would not be affected.

The Deputy Comptroller of Customs further disclosed that the smugglers aimed at killing the morale of his men but they remain undaunted as any attempt to repeat such dastardly act would be resisted.

He also warned that the Task Force would not hesitate to use necessary force to curtail and discourage smuggling activities anywhere in the country.