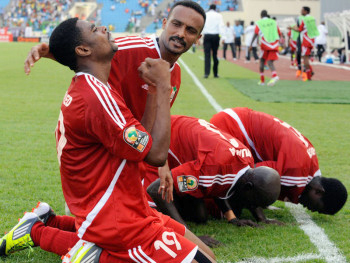 The Black Stars of Ghana are now ahead with superior goal difference as Sudan defeated African champions; Zambia 2-0 to become group leaders with Ghana in group D of the 2014 World Cup  qualifying games after the opening day matches were played.

Sudan now at par with the former Gold Coast, Ghana still achieved a feat as they got the biggest victories on home soil.

The best of the two teams will however be known soonest as both teams are having away matches next.

Zambia will be fighting back to retain its recent glory as it was the Copper Bullets that knocked out Ghana in the semi-finals of the African Nations Cup which the Zambia eventually won and they will be meeting Ghana on the 9th of June in continuation of the 2014 World Cup qualifying games.