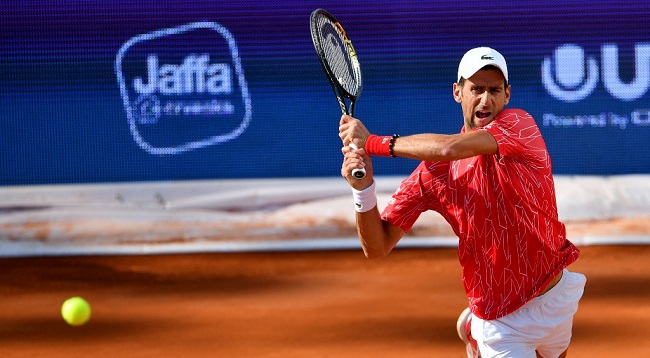 Tennis world number one Novak Djokovic said Tuesday he has tested positive for coronavirus, joining a slew of other infected players who took part in an exhibition tennis tournament in the Balkans.

“Novak Djokovic tested positive for a virus COVID-19,” read a statement from his staff. “He is not showing any symptoms,” it added. 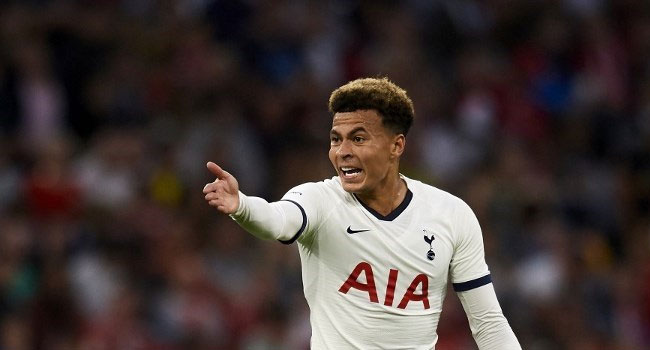 Tottenham midfielder Dele Alli has been given a one-match ban by the Football Association after joking about the coronavirus in a social media video and will miss his side’s first Premier League match after the restart.

In the weeks before the virus took hold across the world, Alli posted a Snapchat clip in which he made fun of an Asian man in an airport departure lounge in February.

The England international was shown wearing a face mask and the video had the title: “Corona whattt, please listen with volume”.

READ ALSO: Is This The End Of The Road For Roger Federer?

The video cut to an unsuspecting man of Asian appearance before panning to a bottle of antiseptic hand wash, underneath which appeared the caption: “This virus gunna have to be quicker than that to catch me”.

Alli later deleted the post and posted an apology to the Chinese social media network Weibo.

He was charged with misconduct by the FA on February 26 and his case has now been heard.

The one-game suspension means Alli will miss Tottenham’s game at home to Manchester United on June 19, their first of the resumed season.

“Dele Alli has been suspended for one match with immediate effect, fined £50,000 and must undertake a face-to-face education course,” an FA statement read.

After the FA issued the ban, Alli again expressed regret for his action.

“In response to the FA decision, I would like to apologise again for any offence caused by my behaviour,” he said.

“It was an extremely poorly judged joke about a virus that has now affected us more than we could ever have imagined.

“I’m grateful that The FA has confirmed that my actions were not racist because I despise racism of any kind. We all need to be mindful of the words and actions we use and how they can be perceived by others.”

Alli’s suspension continues a troubling period for the 24-year-old after knife-carrying burglars broke into his house recently.

Following an altercation with Alli, who was shaken but not seriously hurt, the men made off with jewellery. 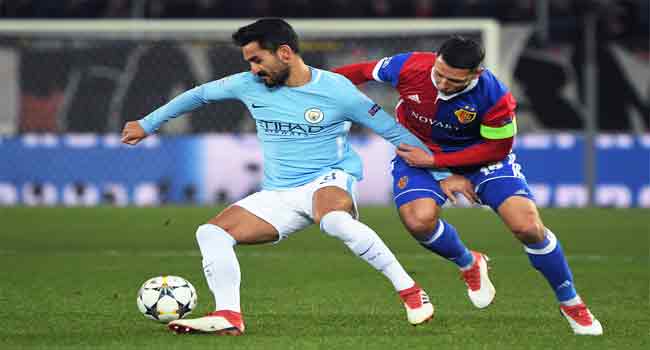 Liverpool should be awarded the Premier League title if the season cannot be completed due to the coronavirus pandemic, says Manchester City midfielder Ilkay Gundogan.

Jurgen Klopp’s men were a tantalising two wins away from their first league crown since 1990 when the season was suspended earlier this month.

The shutdown is currently due to last until April 30. Premier League chiefs are due to meet on Friday, with no indications of when football will resume.

Gundogan, whose side trail Liverpool by 25 points, told German broadcaster ZDF that if the season could not be finished, Klopp’s side deserved the title.

The 29-year-old German international, who has won the Premier League title with City for the past two seasons, said it was unlikely that he and his teammates could resume training at the end of April.

“Honestly, I can’t imagine (that happening) and also, I don’t know how realistic it is,” he said.

Figures on Sunday revealed that 1,228 people with coronavirus have died in Britain. Prime Minister Boris Johnson is among more than 19,500 people who have tested positive for COVID-19.

president of European football’s governing body UEFA, said on Saturday that the 2019/20 campaign could be “lost” if it could not be restarted by the end of June.

Gundogan conceded that Premier League chiefs were faced with a difficult choice.

“There are different opinions,” he said. “For clubs who have had a very good season, it obviously wouldn’t be nice if it was cancelled now.

“On the other hand, for clubs who aren’t doing as well and are maybe in the relegation places, an abandonment would obviously suit them.”

Cancellation would have a knock-on effect on the second-tier English Championship, with both Leeds United and West Brom occupying the two automatic promotion places.

Gundogan said he would be willing to take a pay cut if English clubs followed the examples of Serie A leaders Juventus and his former club Borussia Dortmund.

“Of course I think it’s OK, that goes without saying — (but) there’s been no discussion in England yet,” he said. 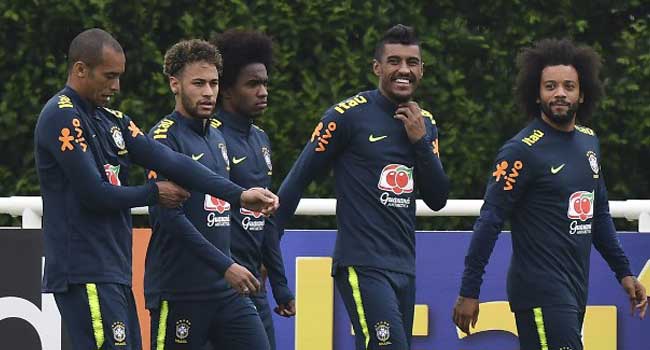 Oscar and Hulk jetted in just in time but fellow Brazilian Paulinho reportedly heads a long list of foreign stars locked out of China as the country attempts to stop imported coronavirus cases.

There are no suggestions that former Barcelona midfielder Paulinho has the deadly disease, but China closed its borders at the weekend to returning foreigners, even those with work and residence permits.

Arnautovic’s Shanghai SIPG had more luck with Oscar, Hulk and new signing Ricardo Lopes, hastily chartering a small aircraft to fly them back from Brazil.

They landed in Shanghai on Friday night along with their families, according to local media, having departed Sao Paulo and making a brief stop in Malta to refuel.

The trio will now spend 14 days in isolation as required by the Chinese government for all arriving foreigners, which should also prevent any potential spread of coronavirus to the rest of the SIPG squad.

But Brazilian international Paulinho, 31, and compatriot Anderson Talisca failed to make it back to CSL champions Guangzhou Evergrande, the Guangzhou Daily said.

Shanghai Shenhua’s Colombian international Gio Moreno is another stranded at home after many international air routes were suspended because of the virus outbreak.

Marouane Fellaini, Shandong Luneng’s former Manchester United midfielder, is the only known coronavirus case in the CSL, having recently returned to China.

It is unclear when China will lift its restrictions on the entry of foreigners, having announced the “temporary” measure on Thursday. It also slashed the number of international flights serving the country.

Fabio Cannavaro, the Italian World Cup-winning captain and Evergrande coach, is in China and posted pictures of himself riding his bike at the weekend having completed a period of quarantine.

The CSL season was supposed to begin on February 22 but was indefinitely postponed after the coronavirus emerged in the central Chinese city of Wuhan in December.

It has since developed into a pandemic, killing or infecting hundreds of thousands of people across the world, although the number of locally transmitted cases in China has supposedly dwindled.