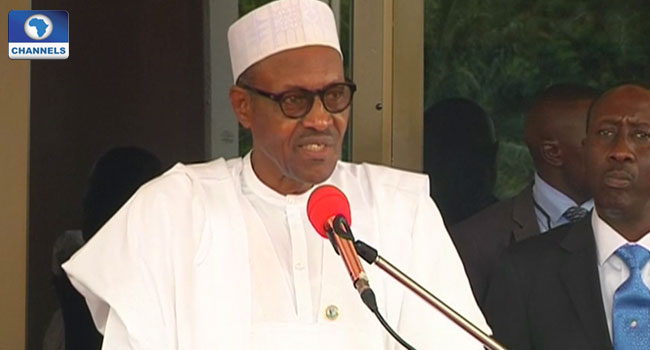 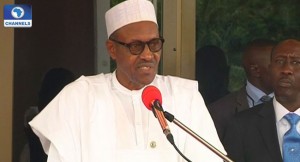 President Muhammadu Buhari says the challenge confronting the Northeast region of Nigeria is how to restore basic social amenities.

Addressing reporters on Saturday after a meeting with the visiting President of France, Mr Francois Hollande, at the Presidential Villa, Abuja, President Buhari explained that the Federal Government had conducted a comprehensive survey on the infrastructure challenges in the region.

He added that the government would soon start to empower the people of the region.

He observed that 60 per cent of the internally displaced persons were children and women and that the pathetic situation was a major problem.

Over two million persons were displaced in the northeast in the over six years insurgency by Boko Haram terrorists, pushing for the establishment of an Islamic State and an end to Western education in the region.

Heightened counter-terrorism operations by troops of the Nigerian Armed Forces and regional forces of the Multi-National Joint Task Force have reduced the activities of the terrorists in the region.

They have lost territories they were occupying in Adamawa, Borno and Yobe States, the worst hit states in the region.

On the insecurity in the region and efforts to sustain the onslaught against Boko Haram, President Buhari said: “We were not bothered initially, of what intentional connection Boko Haram has until they claimed that they are loyal to ISIS”.

He associated the crisis with incidents in the Sahel region, saying that what happened in Libya in the Sahel, in terms of trained personnel and weapons, had compounded the problem, making it last longer than thought.

He also said that Nigeria’s border with neighbouring countries, mostly in the eastern region, was difficult to monitor.

“We have more than 1,500 kilometres neighbourhood in an area where donkeys, oxen, camels can cross any time of the day. It is not easy to guide such borders,” President Buhari added.

During bilateral talks, both leaders concluded plans to sign a letter of intent that will further strengthen the agreements in defence matters between Nigeria and France.

French President told reporters that the letter embodied the operation between the two countries.