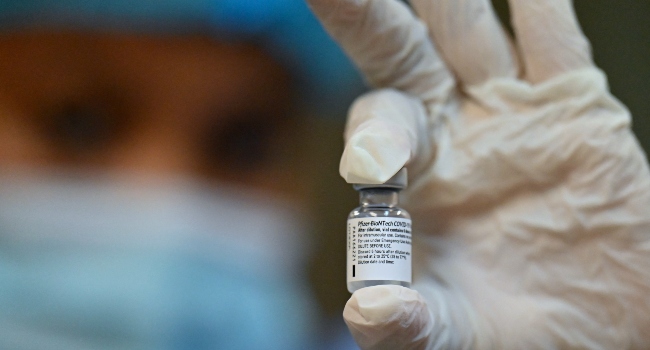 Germany’s BioNTech, which developed a coronavirus vaccine with US giant Pfizer in record time, said Monday it aimed to start trialling a malaria vaccine next year using the same breakthrough mRNA technology.

If successful, the vaccine could be a crucial step in the fight against the mosquito-borne disease, which kills more than 400,000 people a year — mainly young children in Africa.

“We will do whatever it takes to develop a safe and effective mRNA-based malaria vaccine that will prevent the disease, reduce mortality and ensure a sustainable solution for the African continent and other regions affected by this disease,” BioNTech CEO Ugur Sahin said in a statement.

The company said it will assess several vaccine candidates and begin clinical trials by the end of 2022.

The project is backed by the World Health Organization, the Africa Centers for Disease Control and Prevention and the European Union.

BioNTech said it was also looking at setting up an mRNA hub in Africa so that future vaccines can be manufactured and distributed on the continent.

The planned malaria vaccine would use the same messenger RNA method that made its debut with the Pfizer/BioNTech coronavirus vaccine, which was the first jab against Covid to be approved in the West in late 2020.

Scientists believe mRNA vaccines, which provoke an immune response by delivering genetic molecules containing the code for key parts of a pathogen into human cells, could be a game-changer against many diseases.

They also take less time to develop than traditional vaccines.

BioNTech’s Covid-19 shot was developed and approved by regulators in less than a year.

“We are witnessing the start of a revolution in medical science, the revolution of messenger RNA,” European Commission President Ursula von der Leyen said at Monday’s online launch event.

“Eradicating malaria is now a realistic goal and now we know that it can be achieved already in this generation.”

In a conference call with reporters, Sahin said he believed BioNTech’s malaria efforts have “a high likelihood for success”.

The fight against malaria received a boost in April when researchers from Britain’s Oxford University announced that their Matrix-M vaccine candidate had become the first to surpass the WHO’s threshold of 75-percent efficacy, in a study on infants in Burkina Faso. 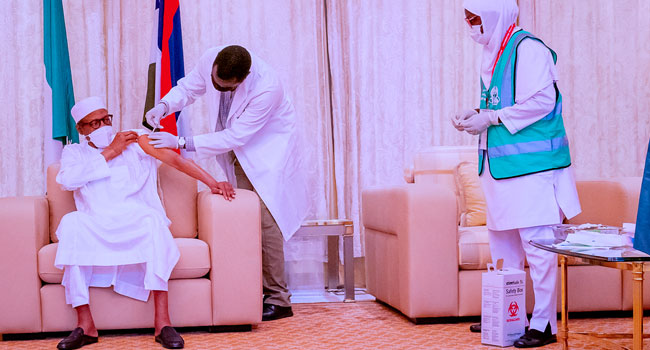 President Muhammadu Buhari has received his second dose of the AstraZeneca COVID-19 vaccine.

The President took the shot on Saturday at the State House in Abuja.

The second dose is being administered exactly 12 weeks after the first shot was taken on March 6.

The President’s innoculation was done by the Chief Personal Physician to the President, Dr. Suhayb Rafindadi Sanusi after which he was presented with the e-vaccination card by the executive director of the National Primary Health Care Development Agency, Dr. Faisal Shuaib.

President Buhari after taking the COVID-19 vaccine told journalists that Nigeria is not doing badly relative to other developed countries like India and the United States.

READ ALSO: Nigerians Will Appreciate Buhari Better After His Tenure In 2023, Says Adesina

The President congratulated all medical personnel for their efforts so far, noting that he is hoping that the nation would be economically disposed to inoculate every Nigerian.

The President’s first jab taken on live television as part of plans to boost public confidence as Nigeria attempts to inoculate 80million people this year.

A total of 3.94 million doses of AstraZeneca/Oxford vaccine were shipped into Nigeria on Tuesday, March 2, 2021.

Cyprian Ngong, a senior registrar at the National Hospital, was the first Nigerian to receive the vaccine when the Federal Government commenced the campaign on March 5, 2021.

President Buhari and Vice-President Yemi Osinbajo received the AstraZeneca vaccine, a day after the Federal Government launched the vaccination exercise in the country.

The Presidential steering committee announced that it aims to vaccinate 40% of eligible Nigerians and another 30% in 2022 to attain 70 percent coverage of estimated 200 million people by 2022.