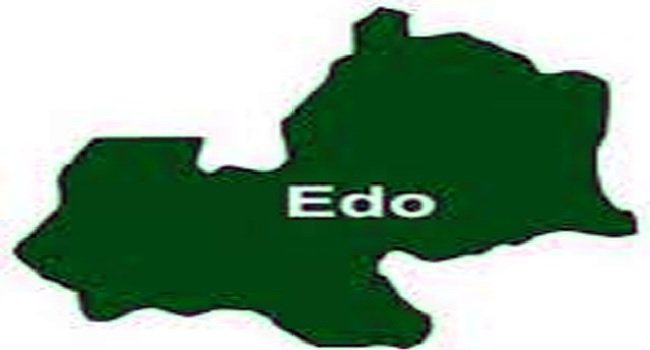 The new Commissioner of Police in Edo State, Mr Johnson Kokumo, says the state will no longer be a safe place for criminals.

He also vowed to start a new regime for crime fighting in the state, following a turbulent period when residents live in fear of attack by criminal elements.

Kokumo who was posted to the state from the Force Headquarters in Abuja made the pledge on Wednesday when he visited Governor Godwin Obaseki at the Government House in Benin City, the Edo State capital.

He appealed to the people to go about their lawful duties peacefully, noting that the State Police Command under his watch would have zero tolerance for crime.

“I want to assure you that Edo State will no longer be a haven for criminals; I advise them to leave the state.

“Edo people and residents of the state should go to sleep with both eyes closed because there will be proper policing both in the day and at night,” the new CP said.

On his part, Governor Obaseki expressed confidence in the ability of the new police boss to effect a drastic reduction in the crime rate.

He promised that the police would enjoy the needed support and cooperation of the state government to design a new security architecture in the state.

“we will give you the needed support to succeed. We believe that the responsibility for restoring law and order rests with the police.

“We hope that you will fulfil your constitutional responsibility by helping us enforce law and order in Edo State,” the governor said. 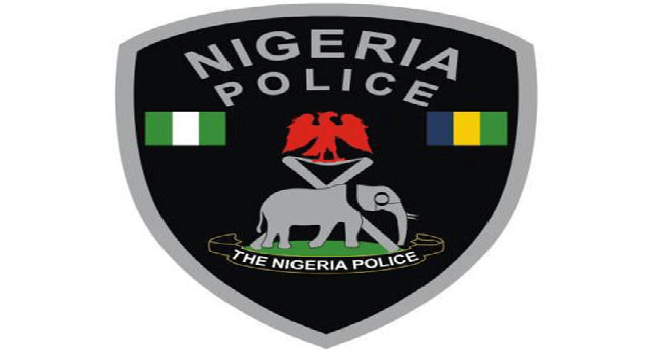 The Cross River State Police Command says it has arrested a total of 25 persons for various offences such as rape, armed robbery, attempted murder, assault on police officers, possession of unlawful firearms, and possession of fake currencies among others.

The Cross River State Commissioner of Police, Hafiz Inuwa, told journalists at the State Criminal Investigation Department in Calabar, the state capital, that the arrest is part of the achievements recorded by the command in the last two weeks.

While thanking members of the public for providing the police with the information that led them to the hideouts of most of the suspects, the CP pledged the continuous support of the police towards ensuring a complete crime-free Cross River State. The Nasarawa State Police Commissioner, Abubakar Bello Sadiq has given persons in possession of illegal firearms 30 days to surrender the weapons or be ready to face prosecution.

He gave the ultimatum while speaking to journalists during the parade of 25 suspects in Lafia, the state capital.

Their offences varied from robbery, homicide, rape, kidnapping to possession of firearms.

The police boss assured residents of adjustments in crime fighting strategies to minimise the trend while also calling for their support in exposing persons in possession of firearms, manufacturers and traders. 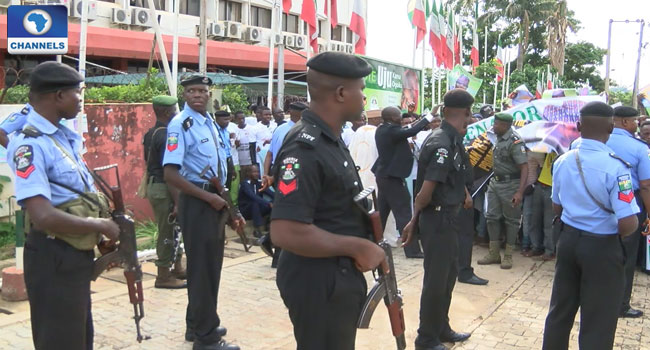 The Kaduna state police, have arrested 17 suspects for an alleged possession of illegal firearms in the state.

The force says it is making progress in the fight against criminality across the state.

Deputy Inspector General of Police in charge of operations, Josak Habila, on visiting the state, told journalists that there has been a major breakthrough in crime fighting.

He said this while parading the suspects arrested in Kanikon community and other villages within the Kafachan district of Kaduna state.

The DIG disclosed that the operation was carried out by special forces under the ‘operation harmony’ campaign. 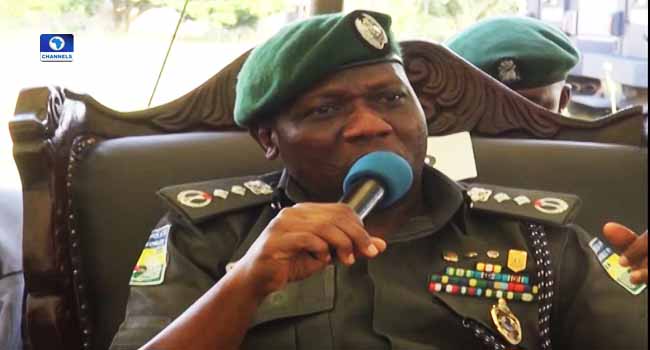 The IGP Intelligence Response Team (IRT), has recorded another breakthrough with the arrest of three of the kidnappers that murdered one and kidnapped five expatriate members of staff of Dangote group.

The suspects confessed to kidnapping and releasing all five initial victims after receiving 5.6 million Naira ransom.

They also confessed to kidnapping and murdering the ransom transporter, Mr Istifanus Gurama, also of the Dangote group.

This was revealed in a statement by the force’ Public Relations Officer, Don N. Awunah, Fsi.

The Inspector General of Police, Mr Ibrahim Idris, also stated that it is imperative for relations of kidnap victim(s) to exercise considerable restraint in negotiating and paying ransom.

“It is absolutely important the negotiators of ransom should have confidence in the police.” Meanwhile, the suspects have since led the police to their hideout in Ijebu Igbo, Ogun forest, where the following arms and ammunition they used in the operation were recovered: 3 AK47 rifles, 6 AK47 magazines and 160 rounds of ammunition.

The suspects further led IRT operatives to Apoje River where the body of one Mr Bello Gurama was recovered.

The Police boss however mentioned that efforts are in progress to arrest other gang members who are currently at large in other states.

He then admonished officers not to get carried away by recent successes but instead redouble their efforts in the fight against crime.

In the same vein, he assured Nigerians that the police would remain undaunted in the collective fight against crime.

“As members of the public begin the yuletide celebrations, the police will ensure the celebrations are crime free,” Idris said. 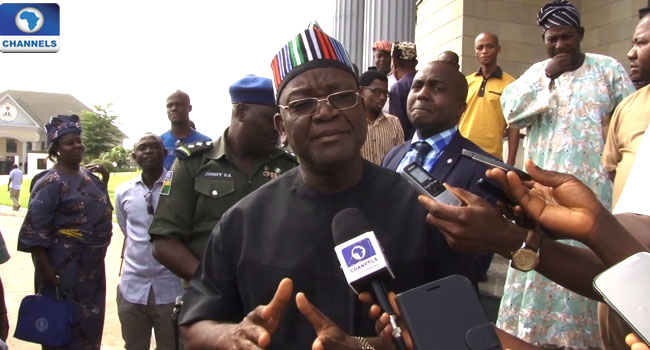 The Benue state Governor, Samuel Ortom on Friday, gave the Agatu community the ultimatum to surrender all illegal weapons in their possession, or stand at risk of prosecution.

The directive which came after the state council meeting that took place on Friday, is part of efforts in the avowed determination the government to rid the state of illegal arms.

Governor Ortom said that the opportunity given to Agatu people is under the amnesty program of his government.

He said “the Benue state executive council took this decision of the order of illegal weapons, under the state’s amnesty program as conditions for security protection against herdsmen attack”.


The youths of the area have told the governor they will abide by the ultimatum as long as there is show of sincerity. 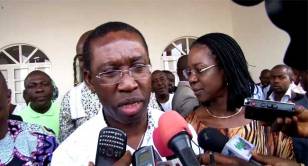 Delta State Governor, Ifeanyi Okowa says he is committed to curbing the activities of criminals in the state ahead of the Christmas celebrations.

He also donated ten Hilux vans to the Delta State Police command for the effective operations of the special police unit.

While presenting the vans to the State Commissioner of Police, Governor Okowa says  this initiative is a product of resolutions made during the state security council meeting to create a special unit in the police force to combat crime.

He added that the problems of Nigerian police in exercising its duties are both logistical and moral.

According to the commissioner of police, there is no better time than now to receive these vans which will be used by the ‘Eagle Net’ to check criminal activities, especially during these ‘Ember months.”

The new unit was created to complement the activities of existing police security units such as the Special Anti-Robbery Squad (SARS), Anti-Terrorism Squad (ATS), SWAT, and others. The Bauchi State Police Command says it has foiled an attempted jail break at the Bauchi Federal prison.

The jail break, according to the Police, was an attempt to free a suspect standing trial in a case of terrorism.

Addressing journalists on the activities recorded in the last one month at the State Police Headquarters in Bauchi, the Commissioner of Police, Bauchi State Command, Mr. Zaki Ahmed stated that intelligence report led to the arrest of the suspect and his accomplices in the jail break attempt.

The Police command said it has been able to also apprehend other suspects allegedly involved in various crimes ranging from kidnapping to armed banditry, cattle rustling and rape.

Some hostages were also rescued by the security operatives in the course of raids on hideouts of criminals following intelligence report on a kidnap syndicate operating in the state.

Various locally manufactured weapons and other exhibits recovered from the suspects were paraded alongside the suspects including over 40 motorcycles that were used by the suspects to kidnap their victims.

The Police says it has achieved all these in spite of the security challenges confronting Bauchi state in the Northeast region of Nigeria, couple with difficult terrain of forests scattered across the state.

The Police boss further gave the assurance that the hideouts of the criminals especially at the forests will be thoroughly searched with the assistance of other security agents. The Federal Government has reaffirmed its commitment to support the Nigeria Police Force in tackling the menace of criminals in the country.

Nigeria’s Vice President, Professor Yemi Osinbajo, made this known while laying the foundation of the Police Crime and Incident Data Base Centre in Abuja, the Federal Capital Territory.

Professor Osinbajo challenged the police to step up the fight against criminals, saying the government remains committed to reducing crime to its barest minimum.

He also expressed government’s preparedness to build a police force that the international community would look up to, adding that the necessary equipment and welfare packages would be provided for staff of the force.

On their parts, the acting Inspector General of Police, IGP Ibrahim Idris, and the Project Consultant, Mr Kenneth Ekeke, explained the benefits of the centre.

They sated that the centre, when completed, would provide digital crime fighting facilities and accessibility to a one-stop data bank aimed at professionally profiling criminal elements with a view to changing the phase of crime data management in the Police Force. The Cross-River State command has disclosed the arrest of suspected kidnappers and armed robbers caught at different locations.

Briefing news men at the State CID, the Commissioner of Police, Henry Fadairo said the command upon getting information of kidnapped cases and stolen cars immediately swung into action and rescued the victims unharmed and recovered stolen cars.

He used the medium to reassure members of the public that the command has the capacity, capability and will to deal with any one who may want to harass, and intimidate residents of the state.

The Commissioner also cautioned the public be security conscious in their day to day deeds to avoid been harassed and report any incidence of crime promptly.

The Federal Capital Territory Police Command has announced the arrest of two persons allegedly responsible for the kidnap of an eight year old boy in Nyanya on the outskirt of the nation’s capital.

Parading the suspected kidnappers in Abuja, the FCT Commissioner of Police, Mr Wilson Inalegwu, said the kidnappers, who demanded a ransom of N1 million from the father of the victim, were arrested after the police rescued the victim.

He assured residents of Abuja that the police is working round the clock to ensure the safety of lives and property as other suspects involved in various criminal activities were also paraded.

Leader of the two man gang, Jeremiah Danjuma, disclosed that they were only able to collect N400, 000 before they were arrested.