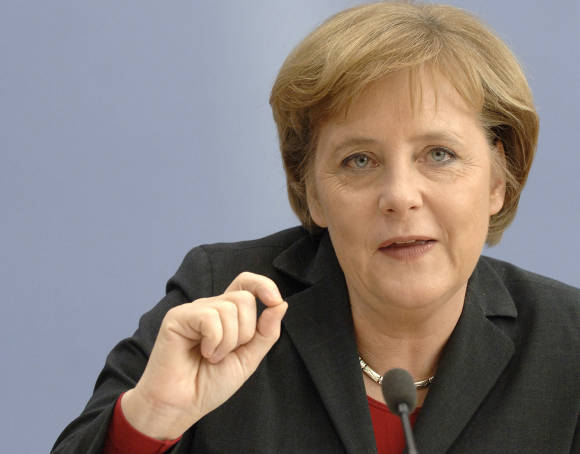 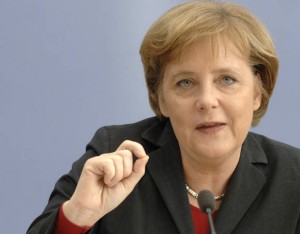 German Chancellor, Angela Merkel, urged Russian President, Vladimir Putin, on Wednesday to help stem violence in eastern Ukraine, saying the West will not hesitate to impose stricter economic sanctions on Russia “if it fails to cooperate”.

Speaking ahead of a summit of the Group of Seven major industrialised nations, a meeting Russia was supposed to host but has been excluded from because of its seizure of Crimea, Merkel presented Putin with a straight choice.

“It is decisive that President Putin use his influence to get the separatists to refrain from violence and intimidation,” she told the German parliament, referring to Russia-allied militants fighting in eastern Ukraine. “If this doesn’t happen … we won’t shrink from imposing further sanctions.”

The United States and European Union have imposed travel bans and asset freezes on dozens of Russian and Crimean officials since the annexation of the Ukrainian peninsula in March, but have not yet moved to more severe economic sanctions.

Those were threatened if Russia took further steps to destabilise Ukraine.

With elections having gone smoothly, and new President Petro Poroshenko to be sworn in on Saturday, some have concluded that Putin has stepped back from the brink.

A draft of the G7 communique seen by Reuters calls on Russia to “accelerate withdrawal of military forces from the eastern border with Ukraine” and “exercise its influence among armed separatists to lay down their weapons”.

President Barack Obama met Poroshenko for talks in Warsaw on Wednesday and declared him a “wise choice” to lead Ukraine.

Poroshenko, a chocolate-industry billionaire, said he would be willing to meet with Putin on the sidelines of the D-Day anniversary commemorations in Normandy, France on Thursday, although no meeting has been set up.

“As things stand now, a meeting between me and Putin is not envisaged, but I do not rule out that it could take place in one format or another,” he told reporters.

He further said he was working on a peace plan for Ukraine that would involve the decentralisation of power, local elections and an amnesty.

Tensions on Europe’s eastern frontier will be the focus of discussion among G7 leaders over dinner, including how best to support Poroshenko and Ukraine’s shattered economy.

The threat of imposing further costs on Russia if necessary will be kept on the table.

With the United States having broadly taken a firmer line against Russia than Europe, which has critical energy ties with Moscow, U.S. officials said the key was for the West to maintain a united front, an issue Obama raised with Poroshenko.

“They discussed the need for the international community to continue to speak with one voice on the subject of Ukraine,” said Ben Rhodes, Obama’s deputy national security adviser.

While Putin has been cut out of the G7, he will hold face-to-face meetings with Merkel, French President Francois Hollande and Britain’s David Cameron at the D-Day anniversary, potentially an opportunity to work on those who oppose him.

Rhodes said it wasn’t important that Putin was holding the meetings but “what people say in those meetings”.

Ahead of the summit – the first without Russia since it joined the G7 in 1997 – officials said they were not yet ready to conclude Moscow was playing a more cooperative role.

“It is up to Russia to behave in line with international law and the values that are G8 values,” said one official when asked if Russia could rejoin the G8 at some point soon. “It’s a bit early at this stage, but I wouldn’t rule out the heads of state discussing how they see the future of the G7 or the G8.”

Russia denies it is behind the revolt in eastern Ukraine, where militias allied to Moscow have seized buildings, attacked Ukrainian troops and declared independence. Putin has also defended his right to protect Russian-speaking people. 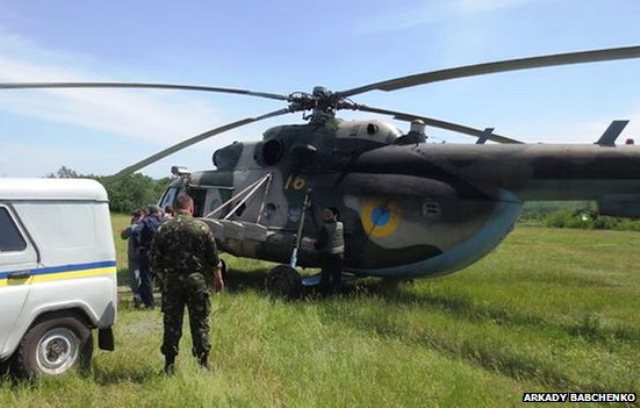 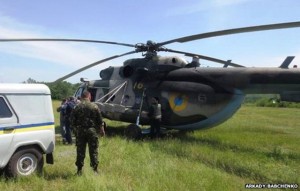 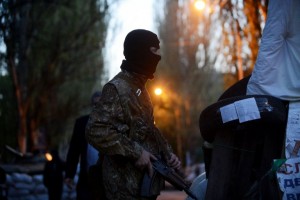 Despite accusations from the west that Russia is behind the crisis in Ukraine, Moscow says it will do all it can to bring about the release of European military observers detained in eastern Ukraine by pro-Russian separatists.

But the pro-Russian separatists in eastern Ukraine offered on Saturday to release eight captive international observers in a prisoner exchange, as Western governments prepared new sanctions against Moscow.

The pro-Western government in Kiev blamed Russia for what it called the kidnapping on Friday of the monitors from the Organisation for Security and Cooperation in Europe (OSCE).

The separatists said they suspected the observers of spying; Ukraine said they were being used as human shields.

Since Ukrainians toppled their pro-Russian president in February, Russia has annexed Ukraine’s Crimean peninsula and massed tens of thousands of troops on the country’s eastern border.

NATO has responded by sending reinforcements to Eastern Europe, in the gravest East-West crisis since the Cold War.

Earlier on Saturday, the Group of Seven major economies (G7) announced they had agreed to impose more sanctions on Russia, which they believe is bent on destabilising its former Soviet neighbour and possibly grabbing more territory. Diplomats said the United States and the European Union were expected to unveil new punitive action against Russian individuals from Monday.

Russia denies orchestrating a campaign by pro-Moscow militants who have seized control of public buildings across eastern Ukraine. It accuses the Kiev government of whipping up tensions by sending troops to root out the separatists.

The OSCE sent more monitors on Saturday to seek the release of those detained in Slaviansk, a city under the separatists’ control. Those being held are from Germany, Sweden, Denmark, Poland and the Czech Republic.

Vyacheslav Ponomaryov, de facto mayor of Slaviansk, told reporters: “They were soldiers on our territory without our permission, of course they are prisoners.”

He said the separatists were ready to exchange the captured monitors for fellow rebels now in the custody of the Ukrainian authorities.

“Prisoners have always been coins to exchange during times of war. It’s an international practice,” he said.

Ukraine’s state security service said the OSCE observers – part of a German-led military verification mission deployed since early March at Kiev’s request – were being held “in inhuman conditions” and that one needed medical help.

A spokeswoman for the Vienna-based organisation, of which Russia is a member, said the OSCE had been in contact with “all sides” since late on Friday but had had no direct contact with the observers.

The Russian foreign ministry said it was working to resolve the crisis, but blamed Kiev for failing to ensure the OSCE mission’s safety in “areas where the authorities do not control the situation and where a military operation against residents of their own country has been unleashed”.

Russia’s Komsomolskaya Pravda newspaper released a video interview with a man it identified as Ivan Strelkov, a militia leader in Slaviansk, accused by Ukraine’s security services of being an employee of Russian intelligence.

He suggested the monitors might have been using their diplomatic status “to carry out reconnaissance of the resistance positions, for the benefit of the Ukrainian army”.

It is standard practice for serving military officers to be seconded to OSCE missions.