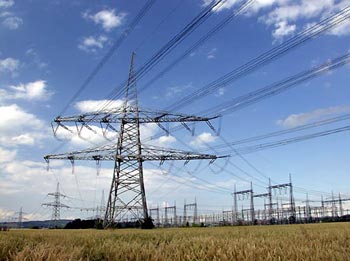 President Goodluck Jonathan on Monday said that power generation and supply in Nigeria has improved significantly attributing this improvement to the power reforms initiated by his administration.

The president, who disclosed this in a nationwide broadcast to mark the 52 years independence of Nigeria, said that his administration has put in place a cost reflective system to reduce the cost of electricity.

“Our country’s power supply situation is improving gradually,” he said.

“We have also put in place a cost-reflective tariff structure that reduces the cost of power for a majority of electricity consumers. I am pleased with the feedback from across the country, of improvements in power supply.
GDP is growing

President Jonathan, who acknoledged the impact of the current financial crisis on the global economy, however said that “during the same period and particularly in the last two years, the Nigerian economy has done appreciably well. Nigeria’s real Gross Domestic Product (GDP) has grown by 7.1 per cent on average”.

“It is also significant that the GDP growth has been driven largely by the non-oil sector. In pursuance of the main goals of the Transformation Agenda, a number of reforms and initiatives are being pursued in key sectors of the economy with a view to consolidating the gains of the economic growth”.

More crude oil
The president also spoke on the gradual improvement of the crude production volumes.

“Our 12-month gas supply emergency plan, put in place earlier this year, has produced more than the targeted volumes of gas for power generation. A robust Petroleum Industry Bill (PIB) has been placed before the National Assembly. Its passage into law will ensure far-reaching reforms, transparency, accountability, increased government revenue and predictability for investors in the Oil and Gas sector”.

More jobs
President Jonathan said: “Several government programmes and projects are creating wealth and millions of job opportunities for our youth and general population. Such programmes include: You-Win, both for the youth and for the women, Public Works, the Local Content Initiative in the Oil and Gas Sector, and the Agricultural Transformation programme.

He said the Nigerian investment environment has also improved as “more corporate bodies are investing in the Nigerian economy. Our Investment Climate Reform Programme has helped to attract over N6.8 trillion local and foreign direct investment commitments”.

“Nigeria has become the preferred destination for investment in Africa. It is ranked first in the top 5 host economies for Foreign Direct Investment (FDI) in Africa, accounting for over 20 per cent of total FDI flows into the continent. We have streamlined bureaucratic activities at the ports to ensure greater efficiency in the handling of ports and port-related businesses. Specifically, we have drastically reduced the goods clearing period in our ports from about six weeks to about one week and under. We have an ultimate target of 48 hours.
“We have put in place, a new visa policy that makes it easier for legitimate investors to receive long stay visas. We have achieved a 24-hour timeline for registration of new businesses, leading to the registration of close to 7, 000 companies within the second quarter of 2012.