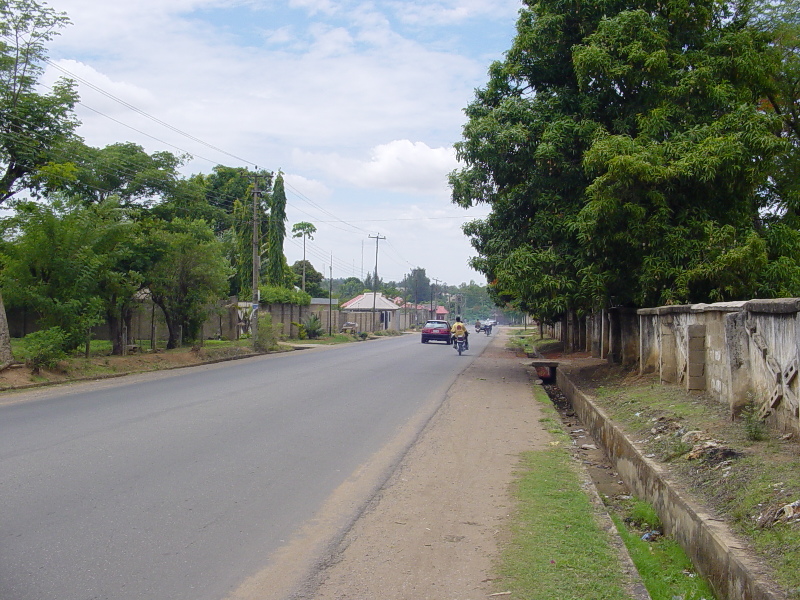 The Kaduna state government has relaxed the 24 hour curfew imposed on the state to 20 hours in some parts of the state, while others have varying times.

The ancient commercial city had a 24 hour curfew imposed on it following the June 17th bomb blasts at churches and reprisal attacks that has claimed a number of  lives.

The Kaduna state government re-imposed a dusk-to-dawn curfew on the state as renewed violence erupted the following day. 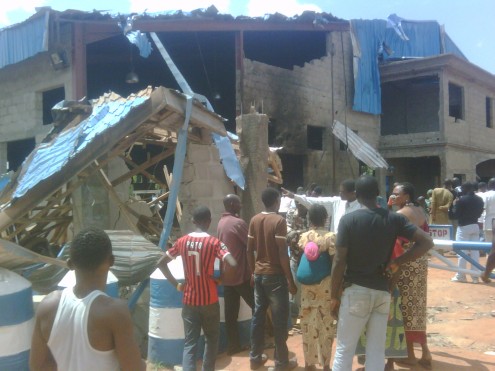 The Kaduna State governor, Patrick Yakowa on Sunday imposed a 24 hour curfew in the state following earlier bomb blasts and retaliatory violent protest in parts of the state.

“The government has approved a 24-hour curfew with immediate effect in the state due to a breakdown of law and order,” Reuben Buhari, Special Adviser, Media and Publicity to the Kaduna State governor said.

Explosions at three churches in Kaduna state killed over 20 people on Sunday, leading furious Christian youths to drag Muslims out of their cars and kill them in retaliation.

Two explosions rocked churches in the town of Zaria within minutes of each other. First, a suicide bomber drove a blue Honda civic into a church, burning the front entrance and damaging the building.

Then, militants threw bombs at another church, killing four children who were playing on the streets outside, said resident Deborah Osagie, who lives opposite the church. She added that the militants were later caught by a mob and killed.

A blast hit a third church in the state’s main city of Kaduna, causing an unknown number of casualties, witnesses and the National Emergency Management Agency said.

After the bombs, angry youths blocked the highway leading south out of Kaduna to the capital Abuja, dragging Muslims out of their cars and killing them, witnesses said.

No group has claimed responsibility for the bombings, but radical group Boko Haram has been blamed for scores of deadly attacks that have claimed more than 1,000 lives since mid-2009.

Two more church bombings rocked  other parts of Kaduna on Sunday, bringing to five the number of explosions in the northern state, an emergency official said.

“There were two simultaneous bomb attacks on churches in Nassarawa and Barnawa in the south of Kaduna this morning. We are yet to get information on causalities,” Kaduna spokesman for the National Emergency Management Agency (NEMA) Aliyu Mohammed told a news agency reporter. 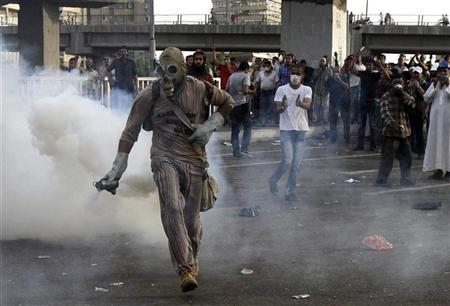 Egypt’s army imposed an overnight curfew around the defence ministry in Cairo on Friday after protesters clashed with troops there during demonstrations against military rule and the exclusion of candidates from the presidential election.

The crowd hurled projectiles and insults at the soldiers sent to defend the ministry after 11 people were killed in fighting there on Wednesday, and called for the overthrow of the head of the ruling army council, Field Marshal Hussein Tantawi.

The army fired back water cannon then teargas and riot police surged towards the crowd with batons. Scores of wounded protesters were taken away on motorcycles and dozens of soldiers were injured.

“Field Marshal leave. The people are dangerous,” shouted the crowds, and “Raise your voice. Our revolution will not die.”

The street violence comes less than three weeks before an election that represents the first chance for Egyptians to freely choose their leader. A successful vote would mark the most important step in a messy transition to democracy since the overthrow of autocratic leader Hosni Mubarak 15 months ago.

Last-minute changes to the line-up of contenders, bickering over a new constitution and suspicion that the military will continue wielding power after a new president is chosen are making for a chaotic backdrop to the campaign.

The troops pressed forward when protesters began cutting through barbed wire used to seal off the ministry building in Cairo’s central Abbasiya district.

Protesters ripped down a metal fence at an underground railway construction site to build a barricade. Some cried “God is Greatest” as army helicopters swooped overhead.

The teargas scattered the crowd far down the rock-strewn streets. Troops blocked off several streets between Abbasiya and central Cairo using armoured personnel carriers and some fired shots in the air.

The Health Ministry said 128 people were wounded, state news agency MENA reported. The injuries included teargas inhalation and cuts and bruises, some serious, and 82 people were taken to hospital.

“The crowd is coming here with sharp weapons. We have batons and water cannon and teargas to disperse them,” said one commander. “Some of them believe if they kill a soldier they will go to heaven. What do you expect us to do?”

As dusk approached, gunfire rang out from the top of a mosque in Abbasiya. Army special forces climbed the minaret, brought down 10 people and drove them away.

The pro-democracy Sixth of April Youth movement said on its Facebook page its followers were withdrawing from the Abbasiya area because of the bloodshed.

Protesters regrouped closer to the town centre after dark, waiting to return to the defence ministry, and some threw rocks and stones at troops blocking their path, state media reported.

The one-night curfew will last from 11 p.m. local time (2100 GMT) to 7 a.m. on Saturday, the military council said in a statement read out on state television.

The army “calls on all citizens to adhere to this or the military will confront with determination those who try to violate it,” it said, vowing legal action against those responsible for the unrest.

Some election candidates suspended their campaigns on Wednesday after unidentified assailants fired at protesters camping near the defence ministry, starting clashes that the security forces seemed unable or unwilling to quell.

Many of those protesters were hardline Salafi Islamists upset that their candidate was ruled out of the vote, which begins on May 23 and 24 with a run-off in June.

Some Egyptians see the last-minute changes to the candidate line-up as proof the generals are trying to manipulate the vote.

“Remnants of Mubarak’s regime are not eligible to assume any power,” Hashem Islam, a sheikh from Egypt’s highest authority of Sunni Islam, Al-Azhar, told protesters at the defence ministry.

Banners draped in Tahrir demanded implementation of a law banning figures from the Mubarak era from high office. Shafiq was briefly disqualified as a result of the law, but still found his way back into the final line-up of presidential candidates.

Members of the ruling military council on Thursday renewed a pledge to exit politics after handing power to the new president by mid-year. They said the handover could come earlier in the unlikely event that one candidate wins outright in the first round.

But tension between the army’s interim government and the Islamist-dominated parliament has left Egypt in a state of policy paralysis that is deepening an economic crisis caused by more than a year of political turmoil.

Mohamed el-Beltagy, a senior figure in the Muslim Brotherhood’s Freedom and Justice party, said the violence since Wednesday was the result of a deliberate policy to draw an unpredictable reaction from protesters and delay Egypt’s political transition.

“This was done so that they (the authorities) could carry out emergency measures,” he said.