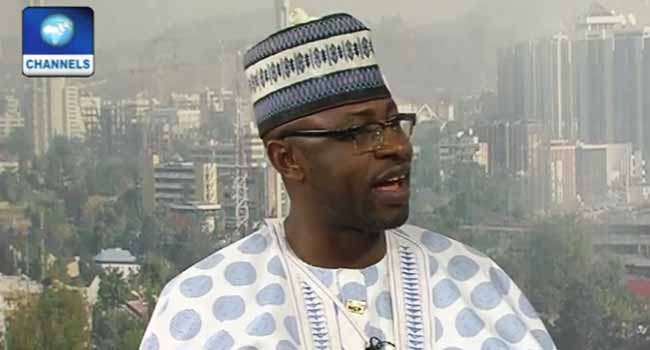 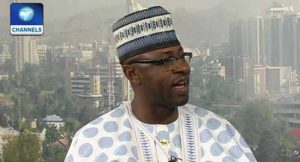 Human Rights Activist and National Chairman of the National Conscience Party (NCP), Yinusa Tanko, has described the situation between the Senate and the Customs Comptroller General, Colonel Hameed Ali, as that of democratic power versus military mentality in a democratic setting.

He made the position known while addressing the issues that led to the summoning of the Customs CG by the Senate and the compulsion to appear in his complete uniform.

“The senate is trying to consolidate its power to say, this is the representative of the people, this House represents the interest of Nigerians and so when we call you, Nigerians call you and you must answer to the question of Nigeria.

Although Col. Ali had argued that there was no law to his knowledge that compelled him to wear the uniform, the NCP Chairman stated that according to some of the Senators, Section 2 of the Customs Act compels the CG to be in his uniform.

Meanwhile, many hold the opinion that the real issue which led to the summoning of the Customs Comptroller General had been pushed to the background, and the focus had shifted to whether or not he appeared in uniform.

On his part, the NCP Chairman admitted to the fact that some of the major issues had been ignored, while also advocating that policies should be made in the interest of Nigerians.

“People who take up offices do not really read up on the kind of laws governing those offices and this is why anyone who is applying into any leadership role should read up on the laws guiding that office.

“If You want to achieve an aim, in ensuring that the system is clean, where there is need for you to do some things in order to get to that particular place, do them so that you would not have this particular altercation that does not depict the kind of person that you are”.

Mr Ali had been summoned to explain the Service’s new directive on duties to be paid on imported vehicles.

Although he eventually appeared before the Senate on Thursday, he made good on his word of not appearing in his uniform.

The House, however, refused to engage the CG and fixed another date (March 22), for him to appear as required; failure to which the Senate leadership might be forced to issue an arrest warrant as initially threatened.

The National Assembly says its proposed date of February 25 for the passage of the 2016 budget is not feasible.

Addressing a news conference in Abuja, the chairmen of the Senate and House of Representatives committees on Appropriation, Senator Danjuma Goje and Representative Abdulmumin Jibrin said the February 25 target for the passage of the 2016 budget is no longer realistic.

The two lawmakers said that the National Assembly observed during the ongoing budget defence that government ministries have padded their budgets and because of this, lawmakers require more time to thoroughly work on the budget.

In the last two weeks, government ministries, departments and agencies have been visiting the National Assembly to defend their 2016 budget proposals.

But one common trend in almost all the budget defence sessions is that the agencies are complaining of insufficient funds appropriated to them and are asking for more money.

At a budget defence session on Tuesday, the Customs Comptroller General and the Minister of Finance got into an argument over what he said is the poor remuneration for Customs officials.

The Customs CG is also asking for more money for his personnel in the 2016 budget.

Issues such as these, which have been playing out in the budget defence sessions, have led the National Assembly to postpone the date which it set for the passage of the 2016 budget.

The Chairman of the House of Representatives Committee on Appropriation said that lawmakers also observed complaints from different quarters arising from the imbalance from the capital allocation.

The National Assembly has however not come out with a new date when the 2016 budget would be passed.