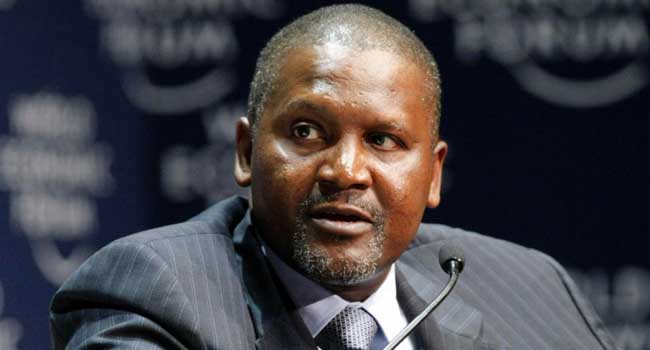 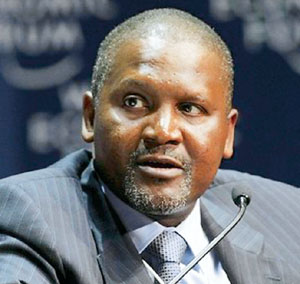 Aliko Dangote, Africa’s richest man, on Tuesday resigned from the board of Dangote Flour Mills after South African firm, Tiger Brands announced it was withdrawing funding from the flour and pasta producer.

Tiger Brands in an interim announcement to the Nigerian Stock Exchange, explained that the company has reached a decision not to provide any further financial support with respect to its investment in tiger branded consumer goods.

It is currently exploring various alternatives with regard to its investment in the company.

Shareholders have been advised to exercise caution when dealing in the company’s securities until a further announcement is released.”

According to Reuters, Tiger Brands has not made money from Dangote Flour Mills (DFM) since paying nearly $200 million for a 65 percent stake in the firm back in 2012. 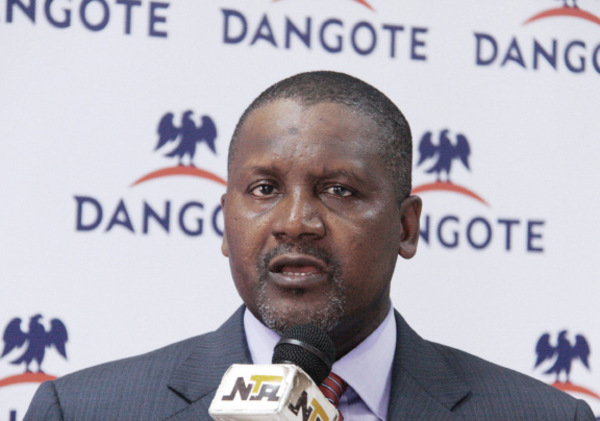 The President, Chief Executive of the Dangote Group, Aliko Dangote, has become the first African entrepreneur to lay claim to a $20 billion fortune, thus becoming one of the 25 richest men in the world.

Dangote Cement becomes the first Nigerian company to achieve a market capitalisation of over $20 billion. Dangote’s 93 percent stake in the cement company is now worth $19.5 billion, according to Forbes magazine.

Added to this are his controlling stakes in other publicly-listed companies like Dangote Sugar and National Salt Company of Nigeria, and his significant shareholdings in other blue-chip companies like Zenith Bank Plc, UBA Group and Dangote Flour; his extensive real estate portfolio, jets, yachts and current cash position, which includes more than $300 million in recently-awarded Dangote Cement.

According to the magazine, he is catching up to such Americans as Google’s billionaire founders, Larry Page and Sergey Brin.

It will be recalled that Dangote Cement had recorded an unprecedented surge in its share price largely due to market response to the company’s impressive results in the first quarter of this year.

Forbes in its report reasoned that other companies might eventually achieve this, but it was going to take a bit of time.

His fortune surged 557 percent in 2011 to $13.8 billion after he took Dangote Cement public. Dangote dropped to $11.2 billion in last year’s rankings, but rebounded at $16.1 billion this year. Since March, his fortune has jumped another 30 percent.

Dangote started building his fortune over three decades ago after taking a loan from Sanusi Dantata and started trading in commodities like flour, sugar and cement. 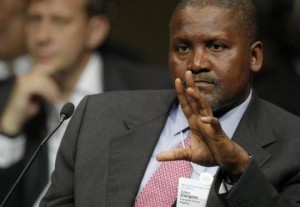 Billionaire industrialist, Aliko Dangote said on Thursday his conglomerate needed to spend $7.5 billion in the next four years to expand operations in a range of sectors.

“We are going into something big. We are going into mining, petrochemicals, cement and infrastructure. We need to spend $7.5 billion in the next four years, so definitely we need a lot of concentration,” he told a Reuters on the sidelines of the World Economic Forum in Addis Ababa.

Mr Dangote said this changing focus was one of the reasons he was looking for a partnership for his flour business, Dangote Flour Mills, with Tiger Brands, South Africa’s biggest consumer foods maker.

“We are actually trying to have a partnership between us and Tiger Brands,” he said. “We believe they are much better than us in terms of the retail business.”

Banking and company sources told Reuters that Tiger Brands was bidding for an 80 percent stake in Dangote Flour Mills, which makes pasta and flour in Africa’s most populous country.

Buying all or part of Dangote Flour Mills would give the maker of bread, breakfast cereal and energy drinks a substantial presence in the Nigerian food market. Dangote said a deal was about partnership, not offloading assets.

“We are not selling. If it was to raise money, we would have … sold the whole business to them. But no. What we are trying to do is actually to have them so that we can now enjoy the downstream of the business,” he said.

Nigeria’s population of more than 160 million is a massive potential retail market, although corruption and the government’s focus on oil exports still deter many investors.

Dangote said he hoped to list his $11 billion cement company on the London stock exchange by the third quarter of 2013. Dangote Cement trades on the Nigerian stock exchange and is West Africa’s largest listed company.