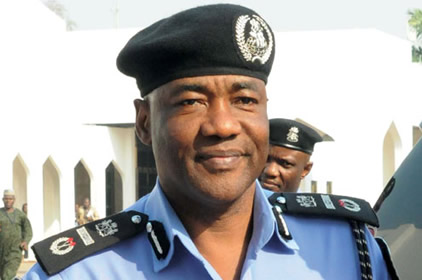 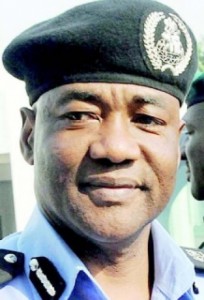 As part of measures aimed at ensuring a proper coordination of security operations and realizing a hitch-free election devoid of electoral fraud in the forthcoming Ekiti governorship election, the Inspector-General of Police, IGP Mohammed Abubakar, has deployed an Assistant Inspector-General of Police, AIG Bala M Nasarawa and four other commissioners to supervise security arrangements.

While CP Ikechukwu Aduba will function as CP in charge of Ekiti State for the period of the election, three other CPs will be specifically saddled with the responsibility of supervising security arrangements in the three senatorial districts of the state.

They are: CP Danladi Y. Mshelbwala (Ekiti-North), CP Mohammed Ibrahim (Ekiti-Central) and CP Augustine Eubakhabokum (Ekiti-South). CP Hosea Karma (CP in charge of PMF) will be charged with the responsibility of supervising the operations of the Police Mobile Force and other special Strike Forces.

In the same vein, the IGP has also placed an order banning movements in and out of Ekiti state with effect from 6pm today, Thursday, 19th June, 2014 till the elections are over. On Saturday 21st June 2014, which is the day of the election, movements will be restricted within the state between 6am to 8pm.

Consequently, the states of Kwara, Kogi, Ondo and Osun which are close to Ekiti state will have increased police presence with all entry and exit points in and out of Ekiti maximally policed.

The Force High Command notes that the restriction order is informed by the exigencies of overriding security considerations, noting that the Force is not ignorant of the citizen’s right to freedom of movement, as enshrined in the constitution. It however reiterates that the order is informed by the need to forestall plans by criminal elements to undermine the electoral process as gathered through intelligence reports.

While empathizing with the citizenry over the inconveniences the order may cause, the IGP implores them to see this restriction as a necessary sacrifice in the present circumstance geared towards the quest for a seamless, credible and successful gubernatorial election.

He also appeals to travellers to avail themselves of the use of alternate routes to their various destinations where necessary within the stipulated days.

Meanwhile, the Force sternly warns all security details to desist from accompanying their principals and politicians to polling booths and collation centres during the election. It emphasizes that only security personnel specially assigned for election duties must be seen within and around the election designated places.