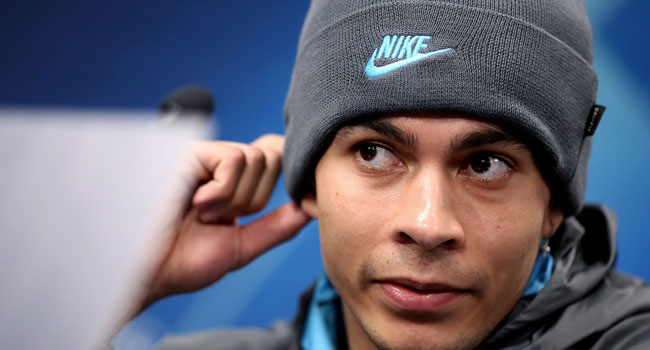 Knife-carrying burglars broke into Tottenham midfielder Dele Alli’s home in London early Wednesday, the England playmaker escaping serious injury after being hit in a scuffle with the robbers.

Alli, 24, has been in isolation at his house with his brother, their partners and a close friend, the Daily Mail reported, ahead of Tottenham resuming training.

Two men broke in after midnight and following an altercation with Alli they made off with jewellery.

Alli and the other occupants in the house were said to be shaken by the ordeal, but otherwise unharmed.

“Thank you for all the messages. Horrible experience but we’re all okay now. Appreciate the support,” Alli tweeted.

A police spokesperson told the Mail: “Police were called at approximately 00:35hrs on Wednesday, 13 May to reports of a robbery at a residential address in Barnet.

“Two males gained entry to the property and stole items of jewellery, including watches, before fleeing.

“One male occupant of the property, aged in his 20s, suffered a minor facial injury after being assaulted. He did not require hospital treatment.”

No arrests have yet been made.

Alli is due to start training with Spurs next week ahead of the Premier League’s intended resumption next month.