In order to dismiss th

e notion of disunity and rancour among leaders of the People’s Democratic Party in Kwara State, a rally was organized where the political gladiators in the state resolved to continue working together for the party to reclaim victory in next general election.

The leaders of the party vowed that the national leadership would not woo those who left the party back and described them as spent forces who could not contribute to the success of the party in the state.

A mammoth crowd thronged the temporary state secretariat of the PDP along Oyun road in Ilorin, where the members took off for the rally, at the Lower Niger River Basin Authority. The crowd caused traffic hold up for several hours while the crowd at the venue could be described as unprecedented in the political history of the state.

Most of the leaders who spoke in Yoruba came out one after another to announce their presence and dispel the rumour of crisis and factions within the party. They include Gbemisola Saraki, Dele Belgore, Issa Ibrahim and Professor Shuaib Oba among others.

The State Chairman of the Caretaker Committee of the party, Solomon Edoja, thanked Kwara people for expressing their support to the national leadership of the party and the President, assuring them that President Jonathan would visit the state next Monday.

While answering questions on when the National Chairman of the PDP would visit Kwara in order to woo the defectors back to the party, the Caretaker Chairman, noted that this might not be necessary again.

The Special Assistant to the President on National Assembly Matters, Suleiman Ajadi, also described the crowd as true members of the party and Kwarans who want freedom and spread of dividends of democracy.

He dismissed the notion of factions among the leaders of the party, and assured them that they had resolved to work together in unity, in order to reclaim the state in the 2015 election.

The open space play ground was filled with both young and old, who displayed the banners of different leaders in the state. 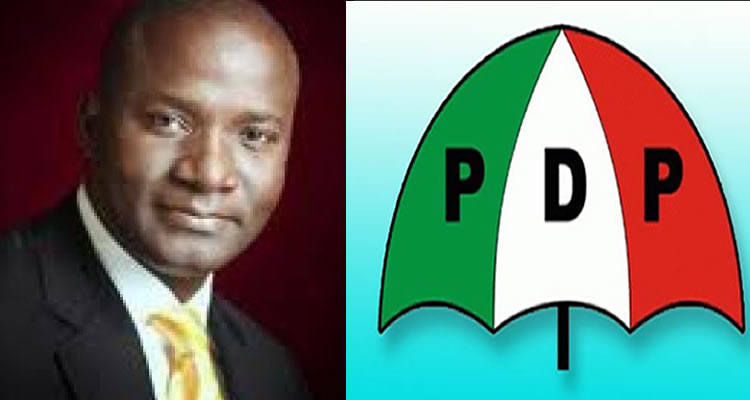 Members of the Mohammed Dele Belgore Solidarity Group across sixteen local governments of Kwara State have officially disassociated themselves from all activities connecting it with the Dele Belgore Political Movement especially his defection to People’s Democratic Party (PDP).

The forum also announced its merger and collaboration with other progressives and vibrant youth of the state and would henceforth be referred to as All Progressives Congress (APC) Team Kwara.

Briefing journalists during a press conference in Ilorin, the state coordinator of APC Team Kwara, Mr Obalowu Olaitan noted that the development became imperative sequel to the defection of Dele Belgore (SAN) to the PDP, a situation which he termed as embarrassing and a result of selfish personal desires.

He condemned the defection in strong terms, pointing out that Belgore has shown that he is not committed to transforming the state to enviable heights through the APC, while his action is a breach of people’s trust reposed in him.

Obalowo then restated the resolve of APC Team Kwara to support the developmental programmes and policies of the APC towards ensuring good governance and the stability of the country’s nascent democracy.

Mr Obalowu explained that with the emergence of the APC in the state, the assurance of meaningful development remains guaranteed, hence the need for collaborative effort from all and sundry to engender a progressive state.