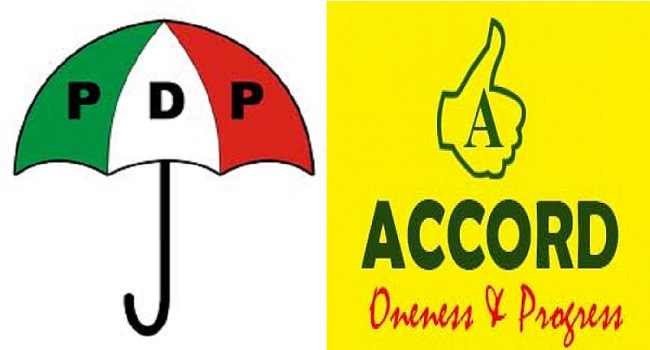 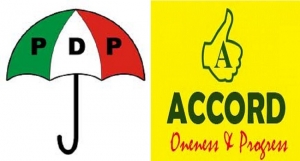 While the Peoples Democratic Party (PDP ) in Delta State consolidates and relishes the massive win it recorded in the state, the Delta State chapter of the Accord has vowed to contest the result of Delta North senatorial election.

The Accord has alleged that the PDP stole its victory at the polls by manipulating the results.

The Chairman of Accord in the state, David Ashikodi, said that they have proof that the election results in Delta North were manipulated in favour of the PDP to rig out their party’s candidate, Victor Ochei, who the party said was coasting to victory.

According to the result announced by the Independent National Electoral Commission (INEC), Mr Ochei came second behind the PDP’s candidate, Peter Nwaoboshi.

“Due democratic process was not followed, there were so many anomalies that were anti-democracy,” Ashikodi said.

The Accord, however, added that it is considering contesting the result as announced by INEC.