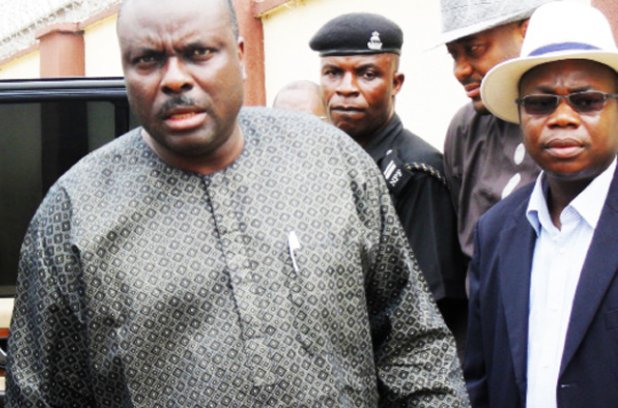 Former Delta State governor, James Ibori, will on Monday appear before the Southwark Crown Court in London for the resumption of his trial. The embattled governor is faced with money laundering charges levelled against him.

There have been indications that the former governor may be prepared to cave in to a plea bargain with the Metropolitan Police. The Courts had dropped one of Ibori’s 14 charges in a bid to build a watertight case against the former governor accused of extensive money laundering.

Mr. Ibori’s UK-based lawyer, Bhadresh Gohil, was also handed down a 10-year sentence in April. He had earlier been sentenced to a 7 year sentence that runs concurrently with his more recent conviction.

According to sources, the former governor is seriously considering a plea deal he had previously objected to. His lawyers are reportedly advising the beleaguered Ibori to take the deal, given the psychological and financial toll the case has taken on him, coupled with the possibility of severe penalty from the British authorities.

Mr. Ibori had been apprehended by Interpol in Dubai and extradited to London in 2011, where he has remained in police custody.

According to Mr. Bismarck Rewane, chairman of the Team, the pillars are capacity building, entrepreneurship, infrastructure, policy and markets.

He said that the goal of creating an industrialized Delta State will be driven by the public-private sector partnership with government creating a clement environment for investment, a task which the Economic Advisory Team will complement the role of the state’s under the theme “Delta Beyond Oil”.

Addressing journalists in Lagos after a stakeholders meeting attended by the members, Mr. Bismarck Rewane, said that it was the interest of the group to develop an economic roadmap which, according to him, will be used to evaluate and showcase some government’s initiatives which have not been very well articulated in the market place.

He noted that a lot of work had gone on in the state and stressed the need for the private sector to complement government’s efforts. This, he said, will create a structure where both domestic and international investors will key into the development agenda and foster a multiplier effect for accelerated and sustained economic growth in the state.

According to Rewane who is also the managing director of Financial Derivatives, the team will unveil its framework by the end of the first quarter of the year as, according to him, no meaningful achievement will be made without a proper guideline, even as he disclosed that the team was going to engage the best minds within and outside the state as well as foreign resource persons and such other partners as Chevron, strategy consultants.

In his remarks at the meeting, Delta State Governor, Dr. Emmanuel Eweta Uduaghan, said oil is no longer adequate in meeting the developmental challenges of the state, hence the adoption of the theme “Delta beyond oil” in anchoring the economic roadmap. He said many countries without oil or major natural resources have been able to develop their economies and are now better off than Nigeria through concerted planning and harnessing of available manpower and provision of value added services.

Governor Uduaghan noted that the Federal Government exerts almost total control over the development of infrastructure such as electricity that are critical to the provision of enabling environment for investment. He urged the team to evolve ways to effectively engaging government at the centre with a view to creating an avenue for the state to scale the institutional and legal hurdles posed by extant laws that gave the Federal Government enormous powers to the detriment of states.

He said the team is made up of people who have distinguished themselves in the private sector, noting that they are not being paid for their services.

Explaining further, the Commissioner for Economic Planning who is also the secretary to the Economic Advisory Team, Mr. Kenneth Okpara, noted that the first step is the institutionalization of the idea and the next is building of the capacity which, according to him, is ongoing.

He said the dashboard will enable the Government and Economic Advisory Team assess which projects have failed or succeeded, adding that it will help measure and properly evaluate performance and enable government see what has been done as it has become a process of measuring performance.

Okpara stated that the dashboard will foster proactive measures towards the delivery of effective governance in the state as it will make for effective evaluation and monitoring given that it will be driven by the right kind of people.

As part of the Delta state government’s palliative measures to cushion the effect of the removal of fuel subsidy, the State Governor, Dr Emmanuel Uduaghan has called on Delta Transport Service, operators of the state-owned Delta Line fleet of vehicles and others operating government procured vehicles to desist from charging arbitrary fares or risk sanction.

The governor, who said this when he visited the loading bay of Delta Line in Asaba, also ordered the immediate refund of the difference in the fares charged before the Christmas season and the current jacked-up fare, adding that transport fares should not be arbitrarily increased as a result of the increase in the price of petrol.

The Governor said the recent commissioning of 100 18-seater Hiace buses was a palliative measure put in place to cushion the effect of subsidy removal and that any government official found sabotaging the efforts of government would be sanctioned, adding that the state government would pay transport operators the difference between what they were charging before Christmas and when subsidy was removed.

Responding the General Manager of the State Transport Line, Elder Isaiah Eyione promised to comply with the governor’s directives by refunding the difference in the excess fares charged passengers.

When CHANNELS TELEVISION visited some of the filling stations in Asaba, the state capital, some were selling fuel for N97 per litre while others sold for between N100 and N105 per litre just as motorists complained of the short supply of petrol.

Most commuters also called on the federal government to make fuel available to Nigerians to stop unnecessary queuing at filling stations. 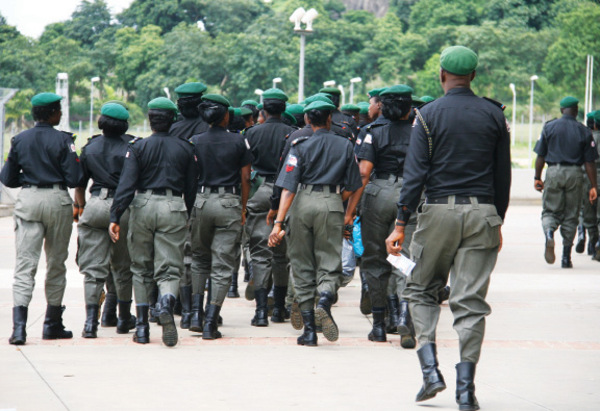 Deputy Inspector General of Police, Mohammed Yesufu, has reassured the general public of the commitment of the Nigerian Police Force in combating crime.

He said this during an inspection of the Delta State Police Command in Asaba. Yesufu advised the general public to always volunteer information about criminals and said such information will be treated with confidentiality.

The oil-rich region has been plagued with militia-instigated violence, but more recently was rocked with a explosion that hit Sapele city on Saturday, 10 December. Although the explosion was later classified as a freak accident, there were still fears of violent attacks in the region. 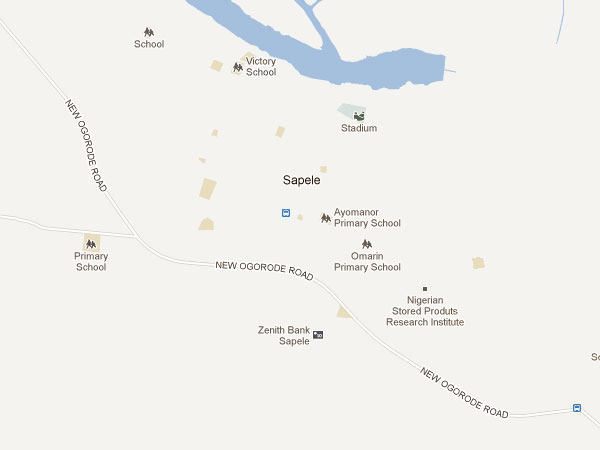 Area of Delta State as worshippers were gathering for the morning prayers. This was the first record of an explosion in a mosque in the southern part of the country.

Though there were no reports of deaths from the incident, an injured victim, identified as Tanko Musa, was said have been rushed to the University of Benin Teaching Hospital, Benin, where he is receiving treatment.

Musa was said to have initially been taken to the Delta State Teaching Hospital in the neighbouring Oghara town where he was reportedly referred to the UBTH.
The blast damaged the interior of the mosque with a large part of the ceiling and portions of the roof blown off.

There were, however, conflicting reports on what caused the explosion, with some people claiming that a Niger-Delta militant group planted the explosive device that caused the blast. Others feared that the blast might have been the handiwork of Boko Haram.

Sources say that there has been some misunderstanding in recent times over the mode of language in which official prayers in the mosque should be conducted.

It was unknown whether Saturday’s blast was connected with the disagreement, which allegedly arose when the Imam of the mosque introduced prayers in Hausa, English and Arabic.

The Chief Imam of the mosque, Alhaji Mohammed Yusuf, said the blast was targeted at worshippers.

He, however, denied that it was associated with the Boko Haram sect and did not confirm whether there was any disagreement among the worshippers on the mode and language of worship.

Police spokesman,Assistant Superintendent of Police (ASP) Charles Muka, said the police were investigating the incident with a view to unravelling the perpetrators.

He said it was an insignificant incident that should not be overblown as it was not a bomb that was thrown in the mosque.

His words, “If it is a bomb, we will see the particles, we have combed the place, we found nothing to show it is a bomb”.