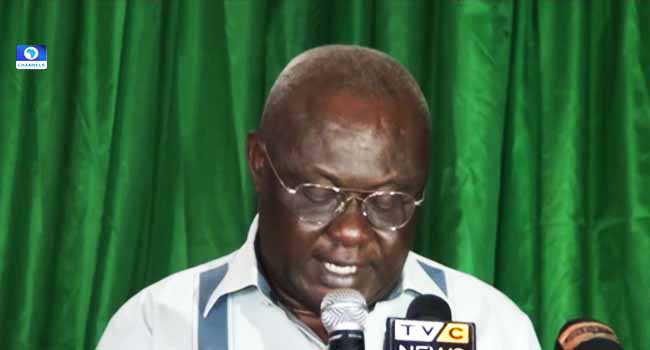 The Independent National Electoral Commission (INEC) and the various security agencies, as well as political party leaders and their candidates have met again in continuous efforts to ensure that Saturday’s rerun polls in Rivers state are hitch-free.

With the poll already generating tension, the Deputy Inspector General Of Police in Charge of Operations, Joshak Habila, said no group would be allowed to cause violence during the exercise.

Meanwhile, the Resident Electoral Commissioner in the state, Aniedi Ikoiwak, has equally given the assurance that the commission is ready for the polls.

This is not the first time the commission is making the pledge to ensure that the December 10, Rivers Rerun elections, would be free, fair and violence free.

The emphasis is coming as a result of series of allegations by the Rivers state Governor, Nyesom Wike, who has said INEC, as well as security agencies have planned to rig the elections.

INEC in an earlier statement, however pointed out that the recent Edo and Ondo governorship elections “eloquently speak of the feat that can be achieved if all stakeholders do the needful”.

The Commission, then condemned the relentless false allegations, provocative and dangerous comments being made by some political actors, especially Mr Wike, against the Commission, which it insisted were capable of inciting people to commit violent acts that could derail the election.

The Plateau State Police Command has announced a ten-million-naira reward for anyone that can provide useful information leading to the arrest of perpetrators of the gruesome murder of a Plateau monarch, the chief of Bokkos, Saf Ron Kulere and three others.

Police Commissioner, Adekunle Oladunjoye, made the announcement at the police headquarters in Jos during the working visit of the Assistant Inspector General of Police in charge of Zone 4, Mr Agboola Oshodi.

The Police Commissioner said that investigation was still ongoing in the murder of the monarch and the reward placed on the suspected killers was an evidence of the commitment of the Police and the state government in finding the perpetrators of the crime.

The first class traditional ruler was gruesomely murdered by unknown gunmen on Monday, July 18, 2016 alongside three others while others sustained injuries from the attack.

He was attacked in his village, Sha, while coming back from the farm along Bokkos-Barkin Ladi Road on Monday evening in company of his son, the police orderly and the driver.

There had been protests by angry youths of Bokkos  aggrieved by the murder of their ruler.

The aggrieved youths took to the streets blocking the highway between Bokkos and Barkin Ladi to express their grievances on the killings.

The Police immediately launched an investigation into the killing.

The Deputy Inspector General of Police (DIG) in charge of Operations, Joshak Habila, said that a special investigative team from the Force Headquarters had taken over the case.

He disclosed that a helicopter had also been released for aerial surveillance of the community.

The Nigeria Police has launched an investigation into the killing of a first class traditional ruler in Plateau State, Saf Ron Kulere Lazarus Agai.

The Deputy Inspector General of Police (DIG) in charge of Operations, Joshak Habila, said this on Friday in Abuja, Nigeria’s capital.

DIG Habila said that a special investigative team from the Force Headquarters has taken over the case.

He disclosed that a helicopter has also been released for aerial surveillance of the community.

The investigation is coming after the Plateau State Security Council had imposed a 24-hour curfew on Bokkos Local Government Area following the protest that trailed the brutal murder of the monarch and some of his aides.

Rising from an emergency meeting of the Security Council over the unfortunate incident, Secretary to the State Government, Rufus Bature, advised the public and residents of the affected areas to comply with the imposition of the restriction order and cooperate with security personnel deployed to the area to maintain law and order.