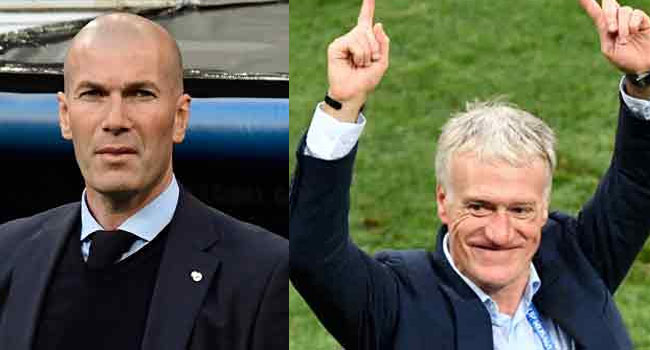 France’s World Cup winning manager Didier Deschamps, Zlatko Dalic and Zinedine Zidane were nominated as the finalists for FIFA’s coach of the year award on Monday.

Deschamps became just the third man to win the World Cup as a player and coach with victory over Dalic’s Croatia in July’s final in Russia.

Zidane was a team-mate of Deschamps when France first won the World Cup in 1998 and is nominated after guiding Real Madrid to a third Champions League in his two-and-a-half year reign at the Bernabeu before stepping down in June. 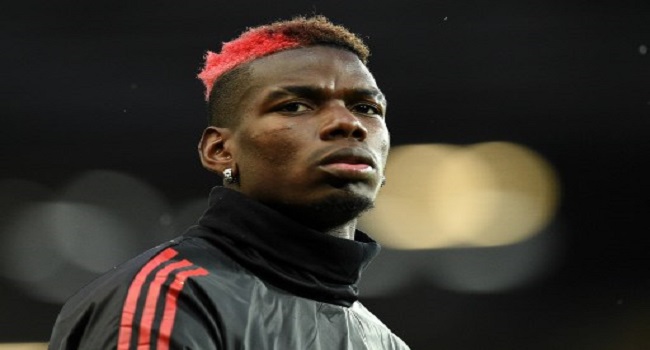 But he was an unused substitute in Saturday’s FA Cup win over Brighton after being left out of the starting line-up for the Champions League loss to Sevilla.

“I don’t know why that is,” Deschamps told a press conference ahead of France’s friendly internationals with Colombia and Russia.

“I have not spoken to Paul yet, I’m sure I’ll hear more about it. But of course it’s a situation he won’t be enjoying.

“As to why or how things came to this, there may be many reasons.”

Deschamps played down any potential rift between the player and Mourinho.

“I have a great deal of talks with players at our training camps, to gauge their feelings. It’s not just Paul.”

Deschamps’ France, one of the favourites for the World Cup in Russia, face Colombia in Paris on Friday before travelling for a match in St Petersburg on March 27.

Barcelona winger Ousmane Dembele is back in the France squad after recent struggles with injury, having finally scored his first goal for the Catalan giants against Chelsea after signing last year from Borussia Dortmund for 105 million euros.

Deschamps said he has been encouraged by the 20-year-old’s form since his return to Enersto Valverde’s side.

“He has come back well, he’s been able to play several matches over the last three weeks and he’s better than he was a fortnight ago,” said Deschamps.

“He must still assert himself to be more decisive.” 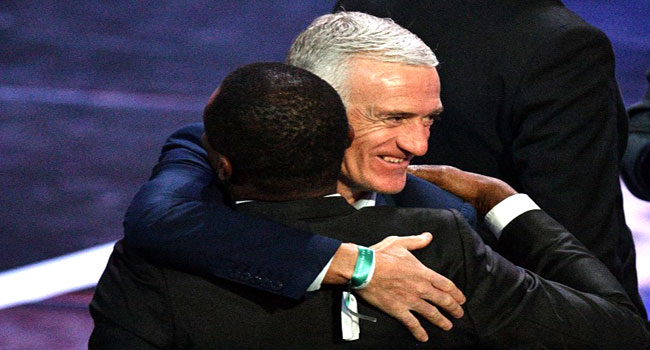 France coach Didier Deschamps said his side “have to win their group”, after Friday’s World Cup draw in Moscow pitted the 1998 champions against Australia, Peru and Denmark in Group C.

“I’m going to give a classic answer: It could have been worse,” Deschamps, who captained France to World Cup glory 19 years ago on home soil, told BeIN Sport.

“Whatever the group, the French team have to qualify for the knockout round and have to finish first in the group. That will be our objective.”

A French outfit boasting a host of attacking talent, including Antoine Griezmann and Kylian Mbappe, will kick off their 2018 campaign against Australia in Kazan on June 16, before games against Peru in Yekaterinburg on June 21 and Denmark at Moscow’s Luzhniki Stadium five days later.

“The common thing about these three teams is that they all came through playoffs to reach the World Cup, as we did in 2014,” Deschamps added.

“We are going to spend a lot of time planning our preparation for this World Cup.” 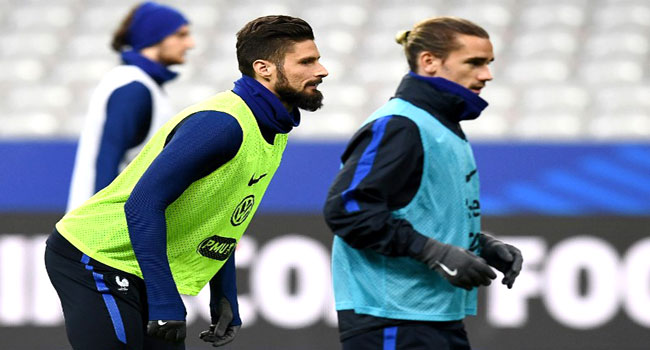 France head coach Didier Deschamps backed forward Antoine Griezmann to rediscover his best form after a difficult start to the season, ahead of a friendly against Wales at the Stade de France on Friday.

Griezmann has scored only three times in 13 appearances for Atletico Madrid this term and is without a goal for his club since netting a penalty against Chelsea in the Champions League on September 27.

The 26-year-old’s form is crucial for France’s hopes of winning the World Cup in Russia next year, but Deschamps is not worried about Griezmann’s six-game goal drought.

“Why would he not get better? Today, he’s not as good, but he has lots of experience,” Deschamps told a press conference on Thursday.

“I know what he’s capable of doing, and he’s part of the team. You are free to question the status and the value of Antoine Griezmann, but it’s not my case.”

Deschamps has been criticised for not knowing his best team after using 21 different players across France’s last four World Cup qualifiers, but he insisted that his side were not a work in progress.

The 49-year-old, who led France to the Euro 2016 final on home turf, will have to make do without a long list of injured players for the Wales game and Tuesday’s clash with Germany, with the likes of goalkeeper Hugo Lloris, midfielders Paul Pogba and N’Golo Kante and winger Ousmane Dembele all sidelined.

“We are not a work in progress,” the 1998 World Cup-winning captain said.

“There is room for improvement. It’s not an excuse and I will never use it, but eight players are absent… That there is rotation seems normal to me.

“Now and in March, as I did before the last World Cup and the Euros, I will make sure to have second and third options. It’s to have as much information as possible before the final squad is named in May.”

This will be Wales’ first match since seeing their hopes of reaching a first World Cup since 1958 come to an end with a 1-0 home loss to the Republic of Ireland in their final qualifier last month.

Speculation about the future of manager Chris Coleman has mounted since that loss, but he hinted that he could stay on as coach after the friendlies against France and Panama on Tuesday.

“I don’t look at these two games as the end of anything, we will talk about my future after, it’s not the time now,” he said.

“I have to prepare for this meeting, to make sure that we’ll be competitive.”

Wales captain Ashley Williams also called for former Fulham coach Coleman to stay, ahead of the team’s first match in France since their shock run to the Euro 2016 semi-finals.

“It’s clear the way the players and fans feel about him,” the Everton defender said.

“We enjoy working with him and if it was up to us we would have him stay as long as possible.

“We always enjoy the camps, we give our all for him and I think that shows in the games.”