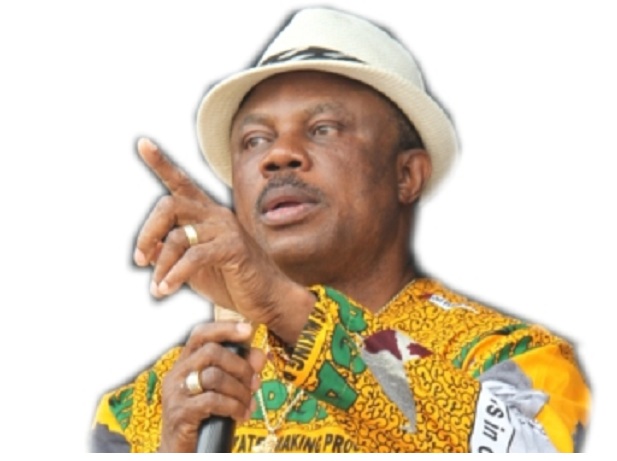 The Anambra State Governor elect, Mr Willie Obiano, has promised to expound the boundaries of development and place the state on the map of rapidly advancing states.

In an acceptance speech in the early hours of Sunday, Mr. Obiano described the victory as a moment collectively worked for and hoped for, saying that the expressed will of the people have been finally enthroned.

“Ndi be anyi, (my people) I stand here tonight in the shadow of history. You made history when on November 16 and today, you cast your votes in favour of APGA. In doing so, you have affirmed the life long struggle of our great father, Dim Chukwuemeka Odumegwu Ojukwu. You also upheld his view that our people should preserve our heritage through one united political roof. Ndi Anambra (Anambra people) I want to thank you for honouring the memory of late Ikemba,” the All Progressives Grand Alliance member said.

The governor elect assured the indigenes of the state that his administration would uphold the tradition of excellence seen in the leadership of the incumbent governor, Peter Obi.

“Dr. Nkem Okeke (the deputy governor elect) and I are fully aware that after Governor Obi’s glorious reign, Anambra can only advance to higher glory. As inheritors of this tradition of purposeful leadership, we shall dedicate ourselves to a life of service. Our administration shall be responsible and responsive to your needs,” he promised.

Mr Obiano called for the collective effort of all indigenes of the state, saying that “development comes faster when there is a social contract between the leaders and the people.”

He called on the oppositions to join his administration in the march to make Anambra State a better place, pointing out that “the blood that binds Anambra indigenes is thicker than the politics that separates them.”

The governor elect will take over office in March 2014.