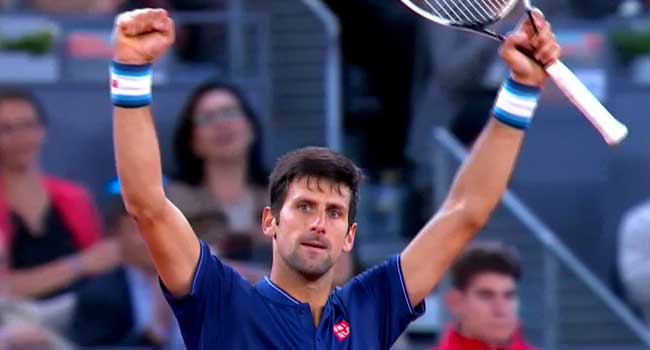 World number two Novak Djokovic has qualified for the quarter-final of the Madrid Open.

The Serbian overpowered Feliciano Lopez of Spain 6-4 7-5 on Thursday.

Djokovic, who won the tournament in 2016, took the first set 6-4 before breaking in the 12th game of the second to avoid a tie-break.

He will face Kei Nishikori after the Japanese outclassed Spaniard, David Ferrer 6-4 6-3. 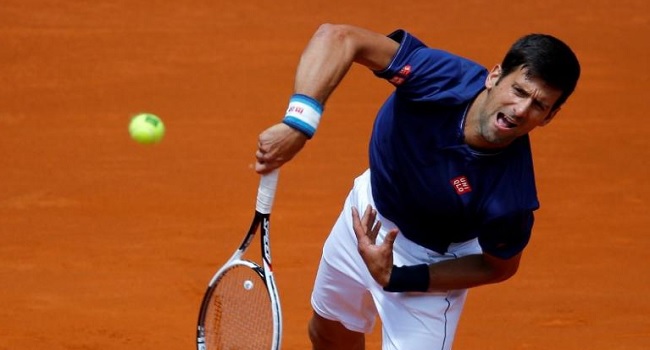 Novak Djokovic was made to sweat by Nicolas Almagro in the first match of his Madrid Open defense but eventually overcame the Spaniard 6-1 4-6, 7-5 on Wednesday to reach the third round.

Almagro, ranked 76, broke Djokovic in the opening game but the world number two came back with a vengeance to win six consecutive games, finishing the last with a tidy drop shot.

The Spaniard, who has never gone beyond the quarter-finals in a grand slam, grew in confidence in the second set, however, with the backing of the home support on the Manolo Santana court and saved two break points before forcing a decider.

An upset looked on the cards when Almagro broke Djokovic at the first attempt in the third set and marched into a 3-0 lead but the Serb drew on his experience to battle back, breaking the 31-year-old twice before serving out for the match.

The Serbian, who recently split from his long-term coach Marian Vajda, is on a quest to regain his best form again ahead of the French Open.

In the third round of the women’s singles Eugenie Bouchard plays Angelique Kerber of Germany, having seen off Maria Sharapova on Monday in a thriller.⁠⁠ World number two and second seed Novak Djokovic was training on Saturday for his first appearance next week in the Madrid Open tournament.

It was Djokovic’s first appearance in front of his fans since announcing an immediate end to his association his coach Marian Vajda, fitness coach Gebhard Phil Gritsch and physiotherapist Miljan Amanovic.

Djokovic is trying to regain his form having been toppled from the number one position by Andy Murray, crashed out of Indian Wells and the Australian Open at an early stage, and failed to reach the semi-finals at Acapulco and Monte Carlo recently. World number two Novak Djokovic has parted company with his coaching team in a bid to halt a run of poor results which culminated in a quarter-final exit at the Monte Carlo Masters last month.

He made a shock second-round exit at the Australian Open to Uzbek Denis Istomin, followed by successive defeats to Australia’s Nick Kyrgios in Acapulco and Indian Wells, before being beaten by Belgian David Goffin in Monte Carlo.

On Friday, the 29-year-old announced that he would part ways with his coach Marian Vajda, fitness coach Gebhard Phil Gritsch, and physiotherapist Miljan Amanovic.

“I am forever grateful to Marian, GG and Miljan for a decade of friendship, professionalism and commitment to my career goals,” he said in a statement. “It was not an easy decision, but we all felt that we need a change.

“I want to continue raising the level of my game and stamina and this is a continuous process… I am a hunter and my biggest goal is to find the winning spark on the court again.”

Djokovic’s overhaul by Murray at the top of the rankings ended a run of more than two years as number one for the Serb, who has spent a total of 223 weeks at the summit during his career.

Djokovic added that he would take his time before naming a new head coach. 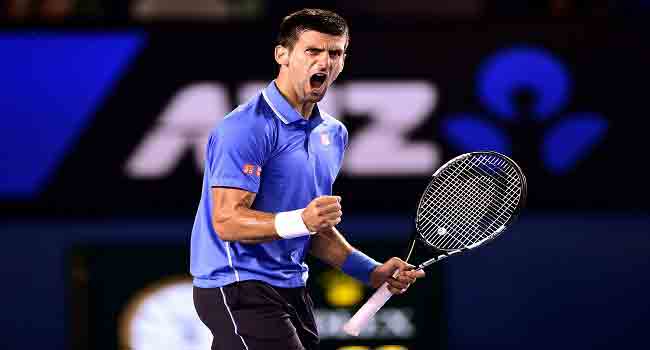 World number 1, Novak Djokovic, has qualified for the final of the China Open, after claiming straight-sets win.

Djokovic extended his unbeaten winning run in the Chinese capital to 28 matches with a 6-2 6-3 win over David Ferrer of Spain.

Djokovic had been dominant for most of the season, winning three Grand Slam titles and dropping only 14 games in four matches in China.

Djokovic faces Rafeal Nadal in Sunday’s battle and it would be the 45th meeting of a long-term rivalry between the two. Although Nadal leads 23-21, the Serb has won six of the last seven.

Nadal qualified for the final after a 7-5 6-3 win over Italy’s Fabio Fognini.

Although Fognini had beaten Nadal three times in 2015, including in the US Open third round, the Spaniard held his nerve to set up a meeting with the Serbian. 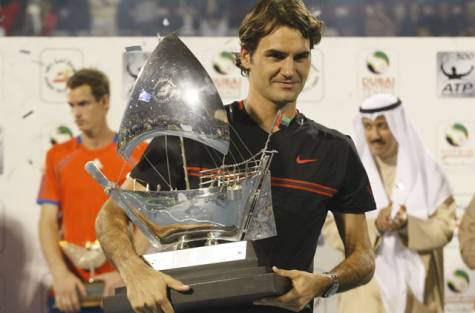