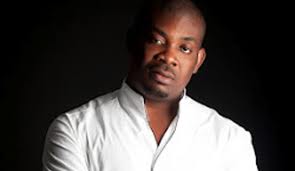 followers on Tuesday by asking for their account details after they complained that they were broke.  Almost immediately, five followers who received deposit alerts tweeted back at him in appreciation.

Don Jazzy said “I do not want this to be perceived as a public relations stunt. I prefer to do my things in a quiet manner. I have sent money before but because this was on timeline it got public. It just so happened that some of them requested for money. It was on the spur of the moment and not planned at all. Many others have asked for advice, record deals and many different things, I just try and do the little I can.”

One of the beneficiaries, Mr. Adeyemi, claimed that he recieved N100, 000 from the producer. Another follower, @tweetlawunmi, expressed her gratitude in a tweet saying, “Thank You. Thank you! Thank You! God bless you abundantly. The gesture has spurred frenzy on Twitter, as numerous persons have been asking Jazzy for money, giving various reasons.

Although some may see this as a publicity drama, Jazzy says he is only trying to put smiles on the faces of his fans.