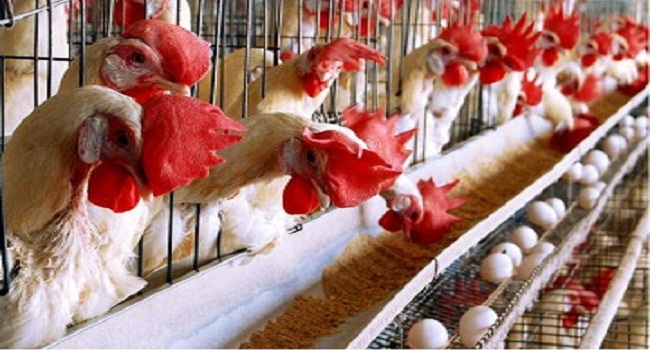 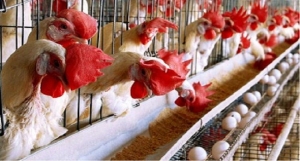 Speaking at a news conference in Abuja on Wednesday, Dr Adeshina said the bird flu exposures had resulted in the mortality of over 22,573 of the birds across the country.

Although, adequate measures had been put in place to contain the spread of the disease to other parts of the country, he advised Nigerians to ensure proper hygiene and ensure proper cooking of poultry products.

According to the Minister, plans are underway to pay insurance benefits to owners of the affected poultry.

The Federal Ministry of Agriculture and Rural Development (FMARD) had last week announced new cases of the Avian Influenza otherwise known as Bird flu in Nigeria.

Avian influenza is a type of viral disease affiliated to birds only and is an infectious disease.

The ministry stated in a release that the birds’ blood samples forwarded to the National Veterinary Research Institute tested positive for H5 Strain of Avian Influenza virus, otherwise known as bird flu.

It added that confirmatory samples were sent to the International Reference Laboratory in Padova, Italy for further characterisation.

He further said that all state directors of veterinary services and the FCT Poultry Association of Nigeria (PAN) and other stakeholders had been informed and advised to be on alert with intensified bio-security measures to avert possible spread of the disease to other states.

“The World Organisation for Animal Health and Inter African Bureau for Animal Resource and development partners have also been appropriately notified in compliance with our statutory international obligations,” the Ministry said. 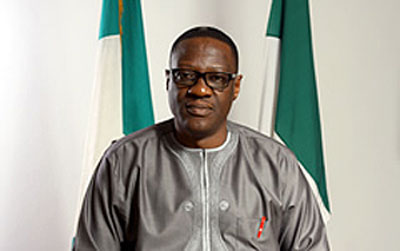 The Kwara State Governor, Abdulfattah Ahmed has commended the proposed ban on rice importation by the federal government by the year 2015 as effort to encourage the growth of the local rice farmers and millers in the country.

The governor stated this at the commissioning of a rice mill at Tsaragi, Edu Local Government area of the state where he noted that the proposed policy can only work through a holistic approach that include tax incentives and effective policing of the nation’s borders.

According to him, structured and carefully planned agro-reforms are key to achieving the desired result in the agricultural sector of the nation’s economy.

The Minister of Agriculture, Dr. Akinwunmi Adeshina represented by the Director- General of the National Council on Agricultural Mechanization, Ike Azogu further announced that federal government has mapped out policies that are designed to achieve agricultural value chain targeted at ensuring adequate production of food from farm to the table. 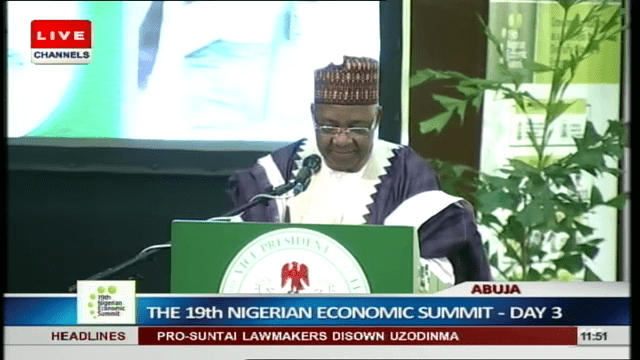 The federal government on Thursday announced the approval of the sum of N15 billion for farmers in the 2013 farming season with a single-digit interest rate.

Vice President Namadi Sambo made this known during his address at the ongoing 19th Nigerian Economic Summit holding in Abuja at the Transcorp Hilton Hotel.

Sambo, who noted that “government is also mindful of the problems of access to financing and the current high interest rate on funds faced by our farmers” announced that “Mr President approved the sum of 15 billion to the Bank of Agriculture to be provided for our farmers for the 2013 farming season at one-digit low interest rate”.

He was quick to add that the fund is a short term measure even though the minister of agriculture, Dr. Akinwunmi Adeshina recommended a long term continuous plan.

He also announced the decision of the federal government to privatize the Bank of Agriculture through the National Privatisation Council (NCP) so as to “unbundle it and make it possible to provide cheaper funds for agriculture and allow other investors to participate in our agricultural bank”.

He further revealed that the Coordinating Minister of the Economy and Minister of Finance, Ngozi Okonjo-Iweala is working on the establishment of a Nigerian Development Bank in order to allow access of funds for infrastructure development that will provide long term and low interest rate in Nigeria. 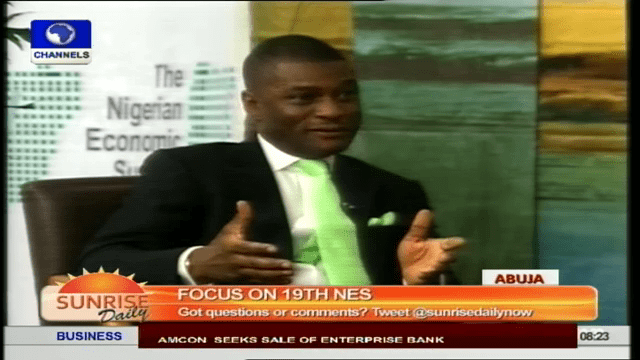 The Director General of the Nigerian Economic Summit Group (NESG), Mr. Frank Nweke Jnr. on Tuesday restated the group’s choice of agriculture as the theme for the 19th Economic Summit holding in Abuja.

Going by estimates, Nweke, who noted that the country spends about $5-$10 billion on importation of food annually as well as estimates that says 60 cents of every dollar earned as a country is spent on food importation, warned that “it undermines not just food security but in fact national security”.

Adding that “if you cannot feed yourself, I don’t know what else you can say as a human being, not to talk about as a nation. It is dangerous”

The former information minister said “ the choice of agriculture was very deliberate, very strategic because we think it holds the greatest promise for the diversification of Nigeria’s economy” as a guest on Channels Television’s breakfast show held at the Transcorp Hilton, Abuja ahead of the 19th Nigeria Economic Summit.

He added that the group has realised that people are having considerable problems in accessing credit, equipment, market, storage and evacuation of goods “so all of these issues are going to be discussed in various sessions in the next three days”.

He said that an agricultural process “is not the business of the government, from a policy perspective of trying to create a conducive environment”.

He warned that the summit is not trying to usurp the function of the government but rather trying to ensure that entrepreneurs, citizens and commercial farmers put hands together to ensure that agricultural endeavours move forward in terms of investment and development.

He berated the over dependence on oil to generate revenue for the country noting that “it really makes our country vulnerable”.

With the theme “Growing Agriculture as a Business to Diversify Nigeria’s Economy”, he revealed that the 19th Summit further aims to change the general notion that agriculture is a “social service” but a “business”.

He further said that there are people, who on account of the new set of policies, the new initiatives, the programmes and the kind of push that has been given to agriculture under the current Minister of Agriculture, Dr. Akinwunmi Adeshina and President Goodluck Jonathan, have embraced agriculture and found it “feasible, viable, doable and profitable”. 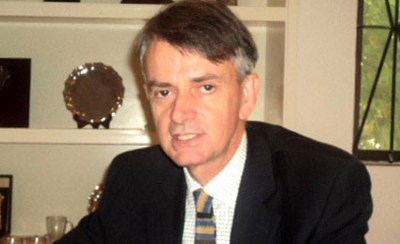 Nigeria and the Canada have signed a $2 million Memorandum of Understanding which is aimed at positioning the country to prevent and control emerging pathogens which have potential for causing disease emergencies in humans and animals.

The Minister of Agriculture and Rural Development, Dr. Akinwunmi Adeshina said that the initiative will help guarantee food security for the nation.

The Canadian High Commissioner to Nigeria, Mr. Chris Cooter said that the cooperation between the two countries will impact meaningfully on Nigeria’s economy.

Just as the Minister of Agriculture recently dispelled fears over the possibility of food insecurity as a result of the flood disaster, experts in the agriculture sector have also affirmed that there is no reason to worry.

Speaking on our weekend breakfast show; Sunrise, the director of the International Institute of Tropical Agriculture (IITA) for West Africa, Dr Roberts Asiedu, stated that “with the quantity of food produced in the country, with proper planning and mobilization, we should not have a situation where we have a on long term impact of the flood.”

The agronomist also argued that a number of disease causing organisms that would have damaged crop plants that are surviving in the soil will also be suffocated and killed.

But he warned that their will some level of pressure after the flood as it recedes as farmers rush to late planting.

He enjoined both the government and private sector to ensure that food are transported across the country in the immediate aftermath of the flood disaster to avoid an expected rush.

“There is enough food production in the country and neighbouring country; all efforts must just be made to re-direct the exported farm produce for internal consumption at a good price for the farmers.”

According to the IITA expert, Nigeria produces 67 per cent of the yams produced in the world and the country is the largest producer of cassava in the world, so he emphasised that there is no need to worry.

On addressing the challenge of post-harvest losses, the country director of Harvest Africa, Mr Paul Ilona, also affirmed that the federal government purchases and store a great deal of grains produced across the country, but added that he is not able to confirm the condition in which they are stored.

According to Mr Ilona, the current flood disaster on rough estimate has affected just about 300,000 hectares of cultivated land while the nation’s cultivated land mass exceeds 40 million hectares, so the crop expert also agrees that with adequate planning, there will be no worries about food security after the flood. 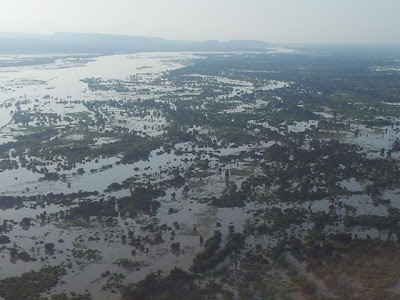 The Minister of Agriculture, Dr Akinwunmi Adeshina, has given the assurance that the country will not experience any food shortage next year as a result of the flood ravaging the country as he plans flood insurance for all farmers.

The Minister announced plans to setup a flood recovery food programme to accelerate food production across the affected states.

About 20 states are currently experiencing devastating flood disaster that has washed away acres of land, mostly in the nation’s food basket region such as Benue and Taraba state.

As part of measures to protect the country against drought and greater loss in the future, Dr Adeshina promised to work with international partners to put in place flood insurance for all farmers across the country.

A lot of fears have being expressed of an impending food crisis owing to the huge farmlands wiped away by floods in many states but the Minister of Agriculture, Dr Adewunmi Adeshina assured that several measures have been put in place to avert such.

According to the Minister, all the flood water will not waste away, but will be judiciously used during the dry season, as he declared that 1,000 pumps will be distributed to farmers.