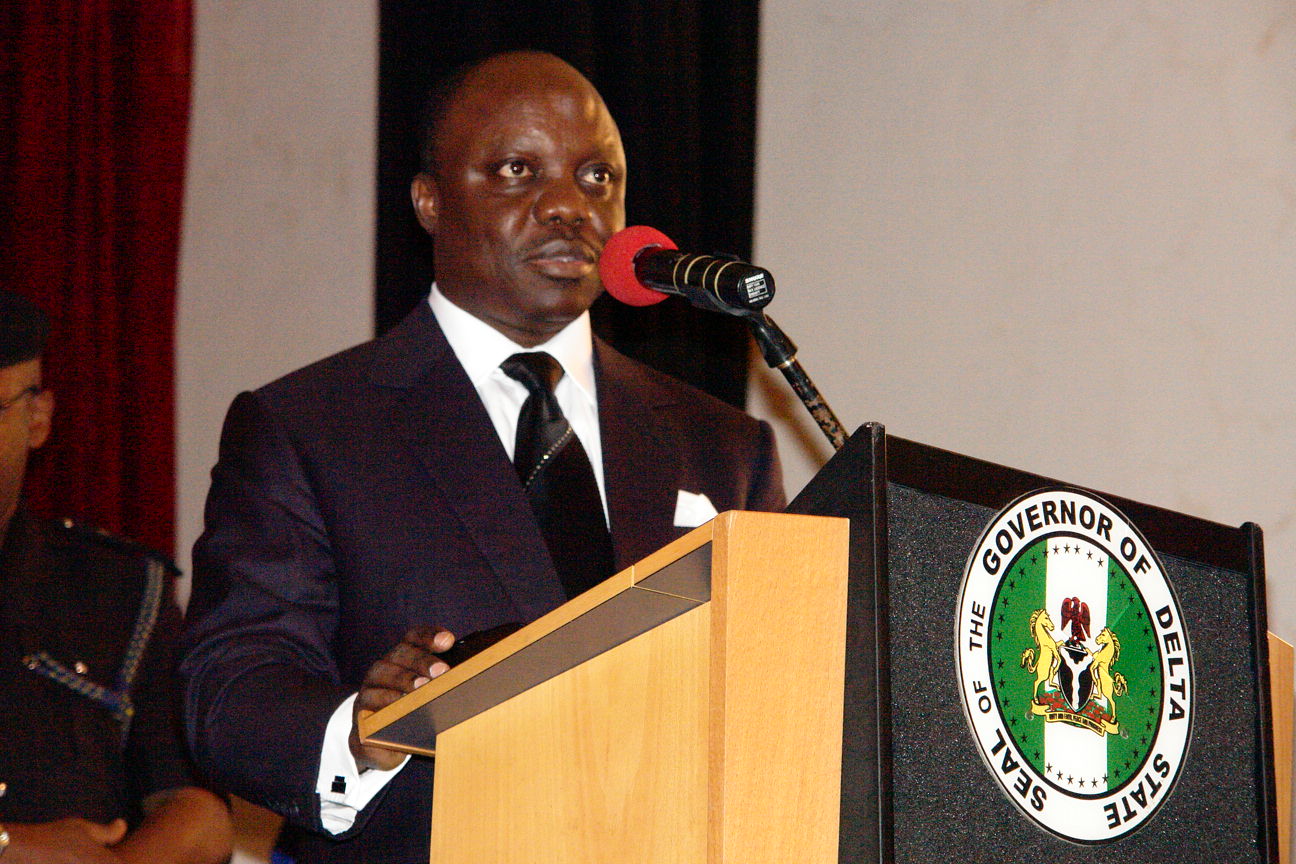 Mr Uduaghan said this at flag off ceremony of the 2013 First Quarter Polio Immunisation and Sensitisation Campaign which held at the Oharisi Primary School, Ughelli.

The officials of the Ministry of Health, High chiefs and Local Government Councils were all present in this routine immunization exercise.

In his opening address, the State Commissioner for Health, Josesph Otumara called on local government councils especially Ughelli North, Ughelli South, Burutu, Ethiope East, Ndokwa West and Isoko South to increase their commitment to the eradication of the wild polio virus in their area.

Speaking at the event, Governor Uduaghan stated that Delta State has been declared free of the wild polio disease for some years now and since the polio infection is still prevalent in some parts of the country.

He restated his commitment and said the government will continue to strengthen the “Kick Polio Out Campaign “so the state would not be caught off guard.

He also appealed to opinion, traditional and religious rulers for their support to totally eradicate wild polio infection in the state, and charged the State Waste Management Board and the Local government Councils to redouble their environmental sanitation efforts since wild polio virus thrives in unhygienic environment.

During the swearing-in ceremony, Dr. Uduaghan charged the new permanent secretaries to contribute to the economic growth and development of the state.

The selection was solely based on seniority, competence, merit and geographical spread balance.

The ceremony which held at the Unity Hall of the Government House, Asaba was well attended by friends and loved ones, traditional rulers and other government officials.

Dr. Uduaghan, during his address, stated clearly that the appointment is a responsibility that is undertaken with the aim of ensuring that the civil service is well positioned for enhanced performance.

He charged the Permanent Secretaries to be team players, impartial and neutral in service. He also enjoined them to abide by the civil service code of conduct and promote diligence, selflessness and honesty in carrying out their duties.

He urged them to see their appointment as an opportunity to contribute to the economic development and growth.

Responding on behalf of his colleagues, Sir Austin Mowah promised their unwavering loyalty and commitment to the programmes and policies of the state government.

He also assured that they would key into the actualisation of the state government’s vision of Delta beyond oil. 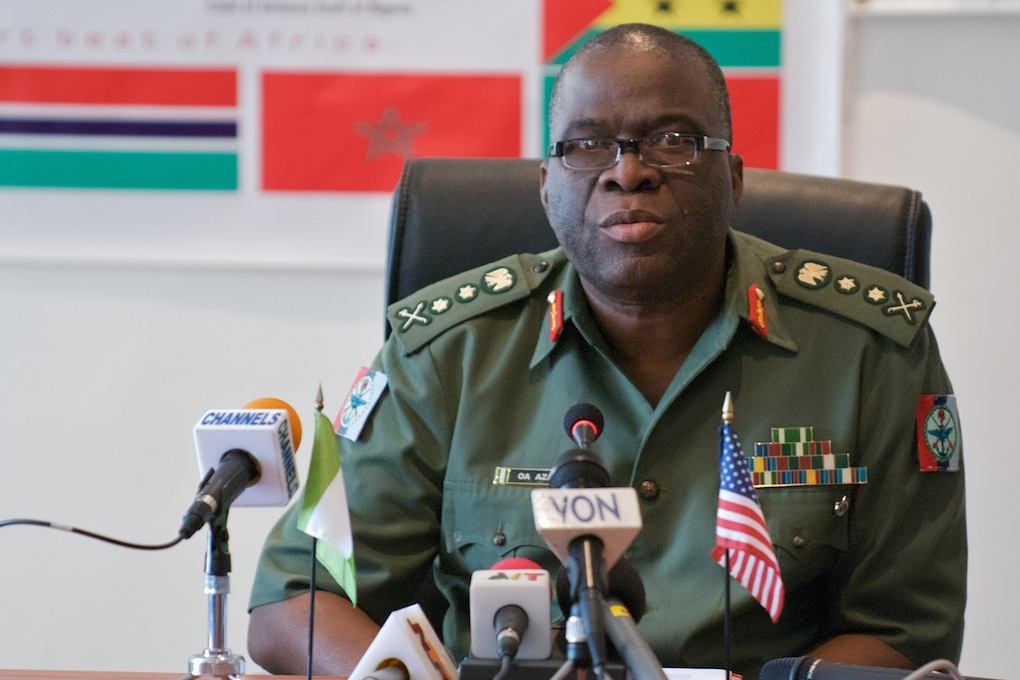 As part of funeral activities for the late General Owoye Azazi, a service of songs was held in his honour in Lagos on Wednesday.

The requiem mass was  held at the Church of the Assumption, Falomo, Lagos, south west Nigeria.

The service was attended by family, friends, and colleagues among whom were Bayelsa state governor, Seriake Dickson, his Delta state counterpart, Dr. Emmanuel Uduaghan and former governor of Cross River state, Donald Duke who all paid tributes to the late general.

General Azazi died in a naval helicopter accident which occurred on the 15th of December 2012 alongside Kaduna state governor, Patrick Yakowa and four others. 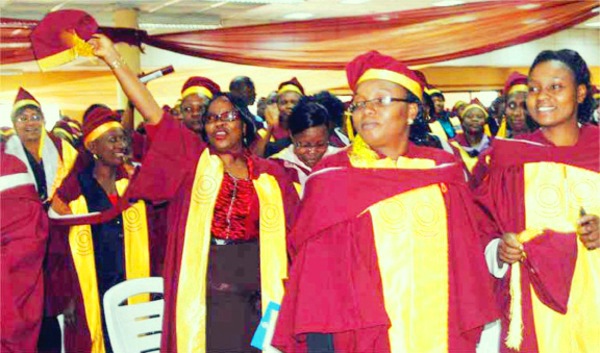 Delta state government has released the sum of N269 million as scholarship grant to 47 first class graduates in the state.

The beneficiaries were given N5 million each to engage in any study of their endeavours after being assured of automatic employment with the state government at the end of their studies.

The state governor, Dr. Emmanuel Uduaghan who released the fund to the state’s scholarship board for onward disbursement to the students promised to continue to fund scholarship scheme to encourage excellence in tertiary institutions in the state.

In his address, the state’s Commissioner for Higher Education, Professor Hope Eghagha said that the sum of over N296 million approved for the 2011 first class scholarship scheme was for five existing awardees and 47 new ones.

Prof Eghagha noted that the scholarship scheme was given out on merit just as he explained that nobody lobbied for it.

One of the beneficiaries, Mr. Michael Chijuka, who spoke on behalf of his colleagues thanked the state government for the kind gesture and promised that they would utilize the opportunity given them judiciously.

The governor also explained that the scholarship scheme was put in place to help build human capital and instil academic discipline in higher institutions.