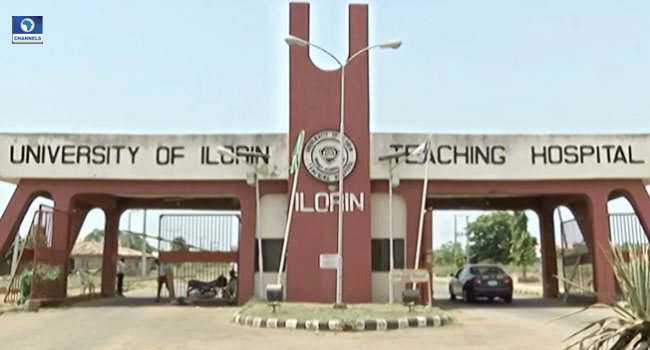 The University of Ilorin Teaching Hospital (UITH), has dismissed reports that a patient died at its facility during a recent strike embarked upon by medical practitioners.

Channels Television had on August 25 reported that the patient, Olusola Olagunju, had been on life support before passing away.

According to a source and friend of the deceased family, Ezekiel Adewole, the victim died after the aggrieved health workers switched off the oxygen.

“This guy was living on oxygen, electric oxygen. Immediately they switched off their light, he could not use the oxygen any longer and that was how his system collapsed,” he said.

While stressing that no patient died in the hospital, he explained that the said victim rather absconded from the hospital during the industrial action.

“It was very surprising and shocking to us when we heard the story. We heard the union that went on a warning strike and during that period, there was a patient who was being managed for a chronic lung condition and he absconded during the period of the strike.

“No patient died in this hospital during the warning strike by the union in the hospital because the union that went on strike gave us waivers to manage critical care areas in the hospital like the Intensive Care Unit, Accident and Emergency.

“All these areas were functioning. We had over 200 patients on admission during that warning strike. It was a warning strike and we got waivers to do a lot of things for the patients,” he said.

Odeogahe’s remarks come less than a week after the Association of Resident Doctors at the UITH both denied being culpable in the death of the patient.

The doctors insisted that they were not on strike at the time, adding that they do not have access to the control of electricity supply and equipment.

The Joint Health Workers Union (JOHESU), on its part, admitted that its members were on a warning strike but denied culpability.