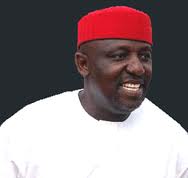 The indefinite strike embarked on by civil servants in Imo State, under the aegis of Nigeria Labour Congress (NLC), has been suspended.

The workers had embarked on the strike to press home some demands, including signing the agreement to stop the planned deployment of workers to communities in the 27 councils for the take-off of Community Government Council (CGC), discountenancing the issue of ministries and parastatals commercialisation.

After a meeting between the Imo State governor, Rochas Okorocha and Labour leaders in the state, the resolution announced by the Chairman of Nigeria Labour Congress (NLC) in the state, Reginald Anyadike, was that workers should resume work.

They were also assured of non-victimisation for their staying away from work. The Labour leader warned that NLC would resume the strike if government reneged on its promise.

The Commissioner for Information and Strategy, Obinna Duruji, said the state government was worker-friendly and a listening one, stressing that the governor had listened to the demand of the Labour union.